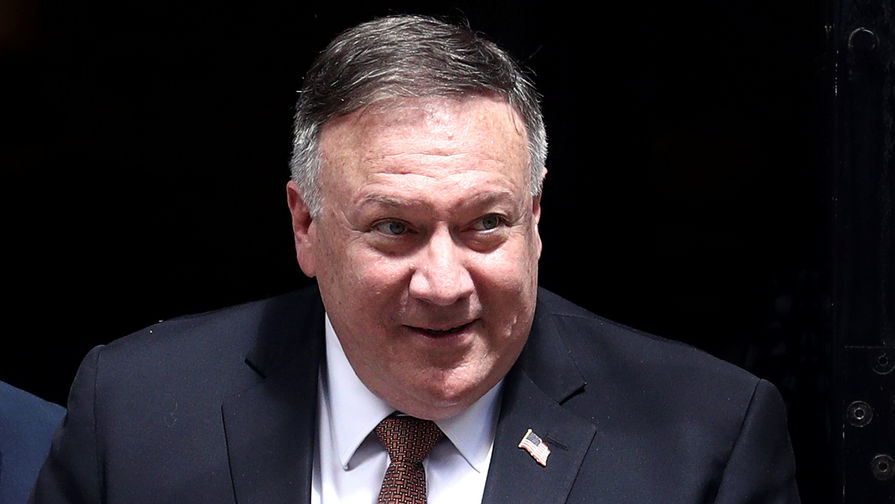 “Chinese propaganda” corrupts the press of America, said the US Secretary of state Mike Pompeo. According to him, many media do not perceive a critical interpretation of world events from the PRC. The head of state also expressed the view that Russia could help in the confrontation with China, expressing its intention to establish “a new Alliance of democracies” to confront the Communists of China.

U.S. Secretary of state Mike Pompeo said that the need to create “a new Alliance of democratic countries” to counter Communist China. Thus, according to the statement of the head of the state Department, it calculates and considers the likely involvement of the Russian Federation in the fight with China, RIA “Novosti”.

“I think that there is such a possibility. This opportunity is born out of the relationship, the natural relationship between Russia and China,” said U.S. Secretary of state during his speech at the presidential library of Richard Nixon in Yorba Linda.

Pompeo added that his concern is the ease with which American media reprint Chinese propaganda. “The media picks up these storylines and actually continue to spread the propaganda of the PRC”, — he stressed. In addition, the head of the state Department denounced the press of the United States for the publication of the authors, “negative-minded towards the American way of life”.

In June, the influential newspaper The Wall Street Journal published an expert opinion of the staff of the Center for strategic and international studies in Washington — Jude Blanchette and Seth Jones. They believe that America is losing the information war China. This is especially noticeable on the background of the coronavirus pandemic, they added.

The Ministry of foreign Affairs people’s Republic of China, July 24 said that the deterioration of relations between the US and China responsible Washington. “The current situation in Sino-American relations is not what China wants to see,” said in Beijing. China also urged the United States to make efforts to return bilateral relations to normal.

Foreign Minister Wang Yi said earlier to his Russian counterpart, Sergei Lavrov, that the US in its policy to openly pursue their own interests, exhibit extreme selfishness, one-sidedness and intimidate other countries.

“The United States restored the notorious “McCarthyism” and outdated “cold war mentality” in its policy toward China, deliberately provoking ideological opposition and “punching the bottom” in its attitude to international law”, — he said.

Earlier, U.S. President Donald trump has signed a law introducing against China sanctions because of “the destruction of freedoms in Hong Kong”. According to the American leader, this is a “new powerful weapon” that will help to bring to justice the perpetrators of the Hong Kong crisis.

Sanctions are imposed against certain Chinese companies and officials involved in the formulation and adoption of the law on ensuring national security in Hong Kong. By perturbing the White house, the law on national security to Hong Kong entered into force on 30 June. Now the people of Hong Kong for the actions aimed at undermining the government, terrorism and conspiring with foreign powers, is punishable by up to life imprisonment. In addition, Hong Kong will be created by the authorities of the PRC.

The Chinese authorities, the decision of the American leadership condemned. “We urge the us side to immediately cancel the decision and to cease to make any statements and do things that harm China’s interests”, — said the official representative of the Chinese foreign Ministry Hua Chunying.

Its contribution to the deterioration in us-Chinese relations has made a pandemic of a new type of coronavirus. July 4, the US President Donald trump once said that will punish China for a pandemic. The corresponding statement he made during his speech on the occasion of independence Day.

“The deception of China, his stealth and attempts to sweep problems under the rug has allowed the virus to spread to 189 countries,” he said. In addition, trump said that China has not only COVID-19, but also other viruses. In June, the us leader admitted that China could intentionally spread the coronavirus in their home country to cause economic harm to other countries. The Chinese side denies the accusations.