The Vikings, who were the most famous travelers of his era, could spread smallpox, as it is now brought to various countries of the coronavirus. This view was expressed by a Cambridge University Professor Eske Willerslev. 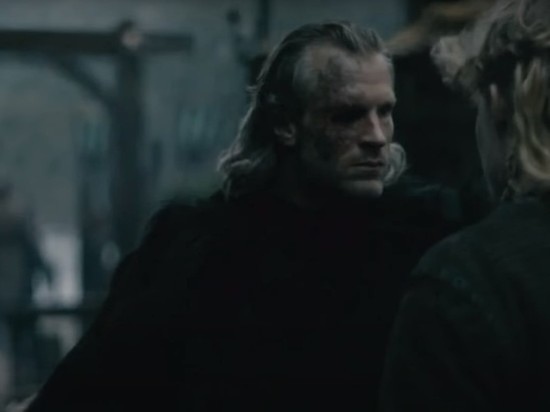 Experts called the Vikings the first carriers of smallpox. In their teeth, which are taken from burials under the age of 1.4 million years in Denmark, Norway, Russia and the UK, traces of the causative agent of smallpox. This means that the infection was widespread in Northern Europe a thousand years before the outbreak of major epidemics. A study published in the journal Science.

“We know that the Vikings penetrated all corners of Europe and managed to leave footprints far beyond it. Now we realize that they also had smallpox. If you compare it with the epidemic COVID-19, its distributors, too, were people who traveled around the world. Most likely, something similar happened with the Vikings,” commented the Cambridge University Professor Eske Willerslev.

The origin of smallpox is the subject of dispute of historians and geneticists. In XVIII and XIX centuries it died from 400 thousand Europeans.

Some experts believe that smallpox has accompanied man since his appearance. Archaeologists recalled that smallpox spores were discovered on the mummy of Pharaoh Ramses V and mention of this scourge is in the Chinese Chronicles, in Chronicles of other East Asian and middle Eastern ancient States.

But the new results of studying the genomes of modern smallpox – Variola major – casts doubt on this theory. Studies show that smallpox began to spread in Europe only in XV-XVI centuries of our era.

In turn, the international community of paleogenetics under the leadership Willerslev found new arguments in favor of the early appearance of smallpox. The team also included Russian scientists, in particular, Director of the Institute and Museum of anthropology of Moscow state University Alexander bojilova.

The Russian side is studying the remains on the territory of the Gnezdovo near Smolensk, and also the hunt for Obi. Western scientists examined the remains of the Vikings on the Swedish island of Oland, on the coast of Zealand (Denmark), Oxford (UK) and Nordland (Norway). The age of all the investigated bones from 1,000 to 1,400 years.

The genome of smallpox have been identified from the remains of 13 people. With these data, were able to identify a common ancestor of variola virus, which lived on the planet about 1,700 years ago.

This virus is a direct ancestor of the modern forms of Variola major. But fossil virus was more like an animal than a human, the same now suffer rats and mice.

This tact indicates that the virus is “humanised” by going with the animals. This way, entirely analogous to coronavirus infection.

Scientists can’t say exactly how was the disease of the Vikings, but further research may shed light on the smallpox virus.

Earlier remains of the X century destroyed the workers in the settlement of Citizens in Novosokol’nicheskiy district. This was announced by the staff of the Archaeological center of the Pskov region in your Instagram.”A blatant case of vandalism was recorded yesterday on the well-known archaeological monument of the Viking age settlement Citizens. When laying fiber-optic communication cable was dug a trench through the archaeological site,” wrote the experts. As a result of these works destroyed the cultural layer of the settlement, destroyed or significantly damaged a few remnants of the buildings of the X century and the disturbed stratigraphy of the monument.