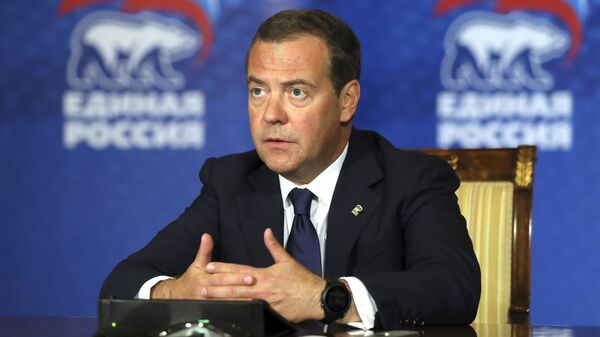 Deputy Chairman of the Security Council of the Russian Federation Dmitry Medvedev said that Baku and Yerevan should refrain from rash action.

“Yerevan and Baku to refrain from rash actions”, – he wrote in Facebook.

Clash on Armenian-Azerbaijani border continues July 12 and in the adjacent regions of Tavush and Tovuz, bordering also with Georgia and located a few hundred kilometers from Nagorno-Karabakh. Later, the defense Ministry of Azerbaijan stated that the aggravation spread to the line of contact in Karabakh – Aghdam, Khojavand, Fuzuli, Jabrayil, Goranboy and Tartar districts. The Armenian defense Ministry, in turn, reports about the shootings only in the Northern section of the border, hundreds of miles away from Karabakh and Nakhichevan AR. The situation in Karabakh remains relatively calm.

According to Baku, the conflict on the border killed 12 Azerbaijani servicemen, including a General. The Armenian side announced the deaths of five troops and wounding nine military and one civilian. Azerbaijan and Armenia blame for the attacks on each other. A number of countries and international organizations expressed concern about the situation on the Armenian-Azerbaijani border and urged the parties to dialogue. The Russian foreign Ministry expressed readiness to mediate for the stabilization of the situation in the region.