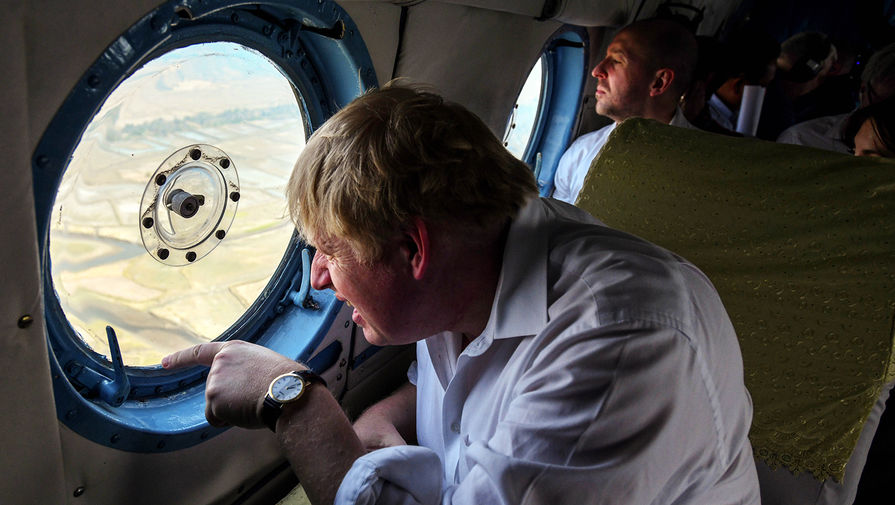 Prime Minister Boris Johnson ordered the military to prepare at once to four disasters which the country might face in the winter — the second wave of the pandemic coronavirus, flu season, “hard” Brexit and floods. Britain was indeed in a difficult situation, the mortality statistics are higher than in any other European country, and the economic consequences of the pandemic will be much more sensitive if London leaves the Commonwealth without a deal.

Prime Minister Boris Johnson called on the military to prepare for the four disaster — the second wave of the pandemic coronavirus, flu season, floods and secede from the EU without an agreement.

“The 10 Downing street [residence of the Prime Minister] has made clear that the training must be completed by the end of August” — told reporters the head of military strategy and operations in the Ministry of defence, Lieutenant-General Doug Chalmers.

He also noted that the government ordered the military to complete preparations for the end of August that the UK had time to learn lessons and correct mistakes in the system respond to potential challenges.

“When we look at the winter, we know about the normal flu season. We clearly exit the EU, and we have a normal floods and so on. We are very closely watching as we prepare for the winter [ … ] and we will support some of the departmental courses in training,” said Chalmers.

Exactly a year ago Boris Johnson became Prime Minister of great Britain, and its anniversary is a politician meets with not the best of circumstances. His order indicates a serious concern for the future of the country, contrary to expressed hopes that by Christmas the United Kingdom will be able to return to normal life.

“My sincere hope is that we will be able to review the restrictions and to afford a greater return to normal [way of life] in the period from November to Christmas as possible as early as possible”, — said the Prime Minister at a press conference on July 17.

Then he said that for the past three weeks in the UK was recorded less than a thousand new infections a day, while the mortality rate also continued to fall.

Today the country revealed 297 thousand cases of the coronavirus, of which 45 554 – lethal (more than in any other European country). A day recorded 560 new infected, 79 cases died.

The number of deaths from the coronavirus is reduced, but the number of cases began to grow.

The UK is in the process of lifting the restrictive measures. From August 1, the country has canceled a ban on work for most of the enterprises activities, including beauty salons, skating rinks, casinos. Night clubs yet to be closed.

Earlier, Johnson said that in the coming months, Ministers will consider all remaining constraints, to ensure “a more significant return to a normal life, since November, the earliest” and, “perhaps by the time of Christmas.”

In mid-July in the UK there was a report made by order of the chief scientific Advisor to the government Patrick Valenza in which it was reported that in winter we should expect a second wave of coronavirus. In the adverse scenario, it can carry about 120 thousand lives.

The study argues that, to date, to predict the course of the pandemic in the winter is difficult, because viruses live longer at low temperatures and spread faster due to the fact that people spend more time indoors.

And, as the authors of the report, the situation is complicated also by the fact that in the winter you should expect and other viruses, particularly the flu, therefore the strain on hospitals will increase even more than during the first wave.

Do not forget about those who postponed surgery or other treatments in the spring due to the coronavirus.

If the UK really faces a second wave of the epidemic, it will coincide with the actual withdrawal from the EU. The transition period ends December 31, the parties are now negotiating the terms and conditions of further coexistence, but the process is extremely difficult. To complete the discussion and agreement is required for the fall time gets shorter, and the progress is almost none.

In early July, the European Union and the UK took the decision to terminate the next round of talks on future relations after the release of the United Kingdom from the Commonwealth because of the ongoing controversy. The head of the British delegation, David frost told reporters that the possibility of a personal meeting, the first since the start of the pandemic, said the dialogue “additional depth and flexibility,” but acknowledged that on a number of issues to come to a common denominator once again failed.

The head of the European delegation at negotiations with London, Michel Barnier, announced the existence of the risk of rupture of relations with great Britain without an agreement.

“There is an objective risk of lack of agreement, he said. — My goal is an agreement, but at the moment we have not reached”.

Boris Johnson has repeatedly said that in case of lack of agreement London ready to build a future relationship on WTO rules.

Rules and tariffs of the WTO apply only to goods and disregard important for the UK services market. Also we must not forget that if London is to cut deals with the 27 EU members based on the rules of the world trade organization, Brussels will be able to set import duties on goods from the UK.

Trade under WTO rules implies the full restoration of the borders that will lead to huge delays of transport at the border. Even if the checks will be held for a few minutes, the ports are formed many kilometers of traffic jams that can stretch all the way to London.

“Hard” Brexit anyway, cause panic in the UK.

Potential consequences preparing the British banks and companies, in the absence of transactions should be expected and the appearance of the queues in the shops. The problem lies in the fact that London already faces the economic consequences of the pandemic, which will only be exacerbated, and its exit from the EU trade agreement could bring the situation under control.

For example, now Britain is preparing to spend £705 million (almost $890 million) to improve infrastructure at the country’s borders in light of the withdrawal from the EU. Newspaper the Sunday Times reported that these costs are included in the framework of preparation to ensure that the deal with the European Union will not be achieved. In the conditions of financial crisis such additional expenses, and lack of compromise agreements in the sphere of trade with the 27 members of the Commonwealth with which London has already established a sufficiently strong economic ties, appears to be a huge problem.

The fears of the British Prime Minister is justified — in the winter the United Kingdom may indeed faced with several large problems that risk creating complete chaos in all spheres of life.