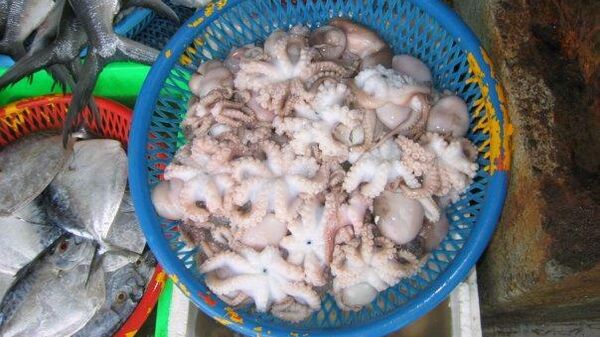 The researchers conducted a global analysis of the biomass of commercial fish species and marine invertebrates in various marine basins, ecoregions and climatic zones. The study is published in the journal Estuarine, Coastal and Shelf Science.

According to the results, the world celebrated the global reduction in biomass of target species. While 82 percent of the population are already below the recovery level needed to maintain sustainable production, and the number of such favourites of the consumer market, orange-brown and ordinary octopus or a giant conch, is rapidly declining.

The reason is not that these species had ceased to breed, and that their catch at a rate exceeding the pace of recovery — 87 populations in which levels of biomass are less than 20 percent of what is needed to maximise sustainable yield, the authors attributed to the category “very bad”.

“The world’s first global study of long-term trends in biomass of populations of exploited marine fish and invertebrates for all coastal areas of the planet — presented in a press release quotes lead author of the study Maria Deng Palomares (Maria Deng Palomares) from the Institute of oceans and fisheries of the University of British Columbia. We analyzed populations of key species over the past 60 years and found that currently the biomass of most of them considerably below the level that can give the best catches”.

This means, according to the researchers, the fishermen will try to compensate for the lack of production volumes, expanding fishing areas, extending the period of fishing or using a less forgiving technology. All this will lead to a further reduction in the number of fishing types.

It is interesting that the changes do not occur equally everywhere. The highest inventory reduction by more than 50 percent since 1950 — marked for the southern and Arctic parts of the Indian and Atlantic oceans. While in the Pacific ocean, the biomass increased in the temperate zone of 150 per cent, and in polar and sub-polar areas — 800 percent. The authors explain this warming in the Arctic.

“Despite exceptions, our findings support the assumption of systematic and widespread excessive fishing in coastal waters and waters of the continental shelf in most parts of the Maritime areas of the world in the last 60 years,” says another study author, Daniel Poli (Daniel Pauly), principal investigator of the project “Sea around us”, organized by University of British Columbia.

The authors note the need for global action to improve the effectiveness of fisheries management. According to scientists, to date, insufficient measures to limit the catch — you need to highlight the special marine protected areas where fishing is prohibited altogether, where the species could recover.