“Lovely chocolate” — a portrait of a neatly dressed beauties, gracefully holding a tray with a Cup of hot chocolate and a glass of water, is one of the most famous works of Jean-Etienne Lyotard and the gem of old masters Gallery in Dresden. The painting was considered a masterpiece during the life of the artist. 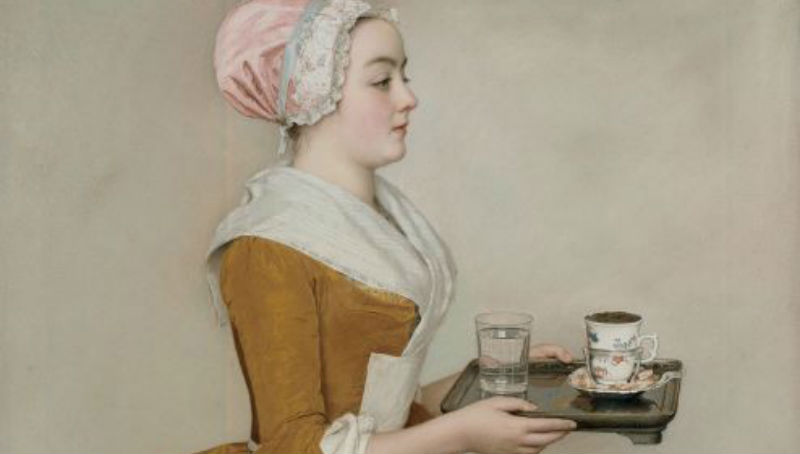 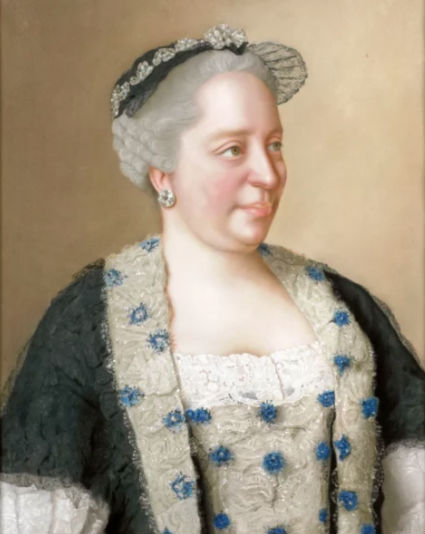 The image was created between 1743 and 1745 year at the court of Austrian Empress Maria Theresa. At that time, the Swiss artist was in Vienna, where he painted portraits of the Empress and her husband.

3 Feb 1745 the painting was acquired from Lyotard in Venice, count Francesco Algarotti, which was the art agent of the two monarchs — the Prussian king Frederick II and the Polish king Augustus III the Saxon. Latest in February, 1751, he wrote to his friend, the critic Pierre-Jean Mariette in the: “I bought a pastel painting, about three feet high, written by famous Literom. It depicts a young German maid in profile, bearing a tray with a glass of water and a Cup of chocolate. The picture is almost devoid of shadows, with a pale background and a light coming from the two Windows reflected in the glass. It is written in semitones, with imperceptible transitions of light and executed to perfection… and although it is a European painting, it can appeal to the Chinese, who, as you know, are the sworn enemies of the shadows. With regard to excellence, it is a Holbein in pastel.” 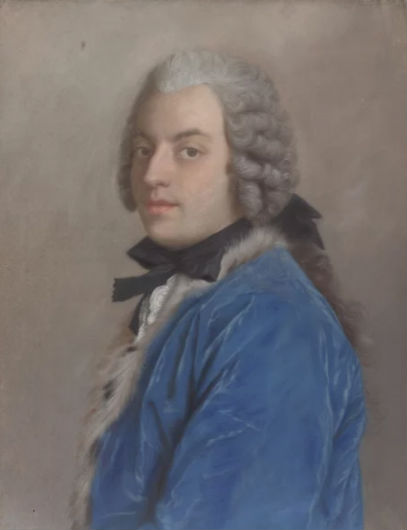 A portrait of the writer and philosopher Francesco Algarotti. Jean-Etienne Liotard, 1745

The painting is in the collection of old masters Gallery in Dresden in 1855.

But who was the model for “Perfect chocolate”, not reliably established. This is most likely one of the unmarried girls at court, struck painter with its beauty. In those days it was customary to appeal to the court of young damsels from families of “lower” nobility, and make them companions for the ladies of the “higher” nobility.

Very often it is argued that Liotru posed Anna (Annelie or Nannel), Bulthaup — the daughter of an impoverished gentleman Melchior Baldauf, which, perhaps, was invited to the court as a confidante. The young Prince von Dietrichstein was allegedly struck by her beauty, fell in love and got married — to the dismay of the entire upper light.

This legend was supported by American chocolate company as Walter Baker & Company, which used the “Lovely chocolate” Lyotard as its logo since 1883. The small booklet with the recipes of 1913 was written: “it is not clear whether the responsibility of the artist to be able to serve chocolate or she was a social butterfly, who posed in this costume. But anyway, her beauty she is so impressed by the Prince of the Dietrichsteins that he married her. This marriage has spawned many conversations in the Austrian society. Caste prejudices in Vienna has always been very strong, and the simple daughter of a nobleman was not considered a suitable match for the court…” 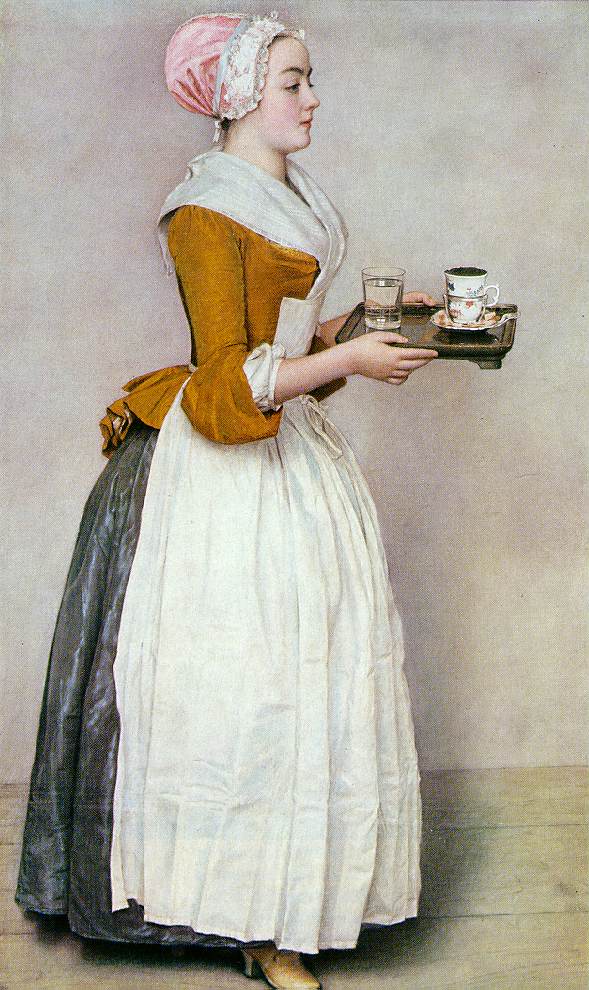 A more romantic version of this story States that the young Ditrichstein came in a Viennese cafe to try the new-fangled drink hot chocolate. There he met Anna, Paltauf, which served visitors. He instantly fell in love with a girl and the next few weeks came to the school almost daily. In the end he married his passion, despite the resistance of the high nobility. As a wedding gift he ordered Liotru portrait of the bride in the clothes in which you first met her.

Despite the fact that the beginning of the story, “the Beautiful chocolate girl” is more like a fairy tale, its continuation has been well documented.

In 1881 Henry pierce President Walter Baker, a leading U.S. company on the production of cocoa and chocolate — came to Europe to get acquainted with the methods of cocoa production. In the Dresden Royal gallery he saw a picture of Lyotard. He was impressed and the portrait itself, and its romantic history — and since then “Beautiful chocolate” was one of the first registered trademarks in economic history. Between the 1880s and the image of Anna Baldauf was captured and reproduced on millions of cans of cocoa and leaflets.

Around 1900 the “Perfect chocolate” inspired artist Jan de Musset (most likely it was him) to create the image of “nurse” for the brand Droste. In the description it was said that “the illustration indicates the beneficial effect of chocolate milk and inextricably bound with the name Droste”.

During the Second world war, the Germans moved the original picture to the fortress königstein. Fragile work managed to transfer the cold and damp. The pastel returned to Dresden after the Nazis had retreated under the onslaught of Soviet troops.