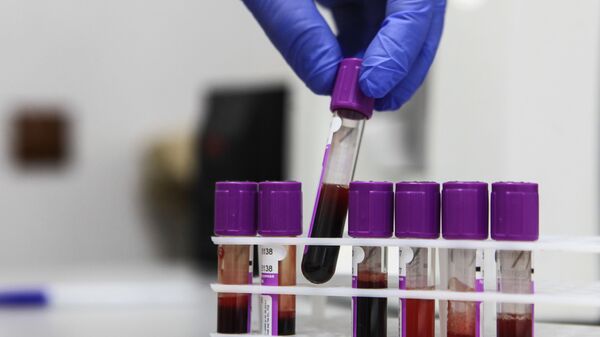 Scientists from the U.S. and China have developed a method, allowing the blood test to detect five types of cancer for four years before the first signs, writes the journal Nature Communications.

The test, called PanSeer that effectively identifies at the earliest stages of stomach cancer, esophagus, lung and liver and colorectal cancer.

Blood samples for the study were collected in a study conducted by Fudan University in China in the period from 2007 to 2017. It was attended by more than 120 thousand people, each of which is within ten years of blood tests and passed regular audits from the doctors. Only this time, the scientists collected more than 1.6 million samples are now stored in the archives of the University.

The uniqueness of the study was that the experts had access to blood cancer patients, taken before they were diagnosed with cancer using traditional methods.

The researchers were able to study samples of both healthy and sick people from the same cohort. They analyzed plasma samples from 605 asymptomatic individuals and 191 of whom were later diagnosed with cancer, 223 samples from cancer patients with a confirmed diagnosis, as well as 200 samples of primary tumor and normal tissue.

This allowed the authors to identify blood markers for early cancer and to develop them on the basis of the test. In the end, a new method has identified cancer in 91 percent of cases in people who had no symptoms when he took a blood test and was diagnosed only after one to four years. With a 95% probability the test detects no cancer. For patients whose cancer has already been diagnosed at the time of blood sampling, the likelihood of identifying early markers was 88 percent.

Thus, the authors note that the test PanSeer effective to detect cancer at early stages when other methods are powerless. Early detection is very important because the survival rate of cancer patients increases significantly when the disease identificireba in the initial stages, when the tumor can be surgically removed or treated with appropriate medications.

“The ultimate goal is to use the test for regular blood tests during annual medical examinations”, — said the author kun Zhang (Zhang Kun), Professor and chair, Department of bioengineering, University of California at San Diego.

According to him, the next goal is to check people with a higher risk based on family history, age or other factors.

The researchers emphasize that the analysis PanSeer does not predict who may develop cancer, and who is not. It identifies patients who already have cancers, but they remain asymptomatic for modern detection methods.

Zhang and his lab for more than ten years to develop methods of detecting cancer based on a biological process called analysis of DNA methylation. The method checks for a certain signature DNA, called CpG methylation, which is the addition of methyl groups adjacent to multiple CG sequences in the DNA molecule. Every tissue in the body can be identified by a unique signature haplotype methylation.

The authors hope that they have developed the test is widely demanded for early screening of the five most common types of cancer.