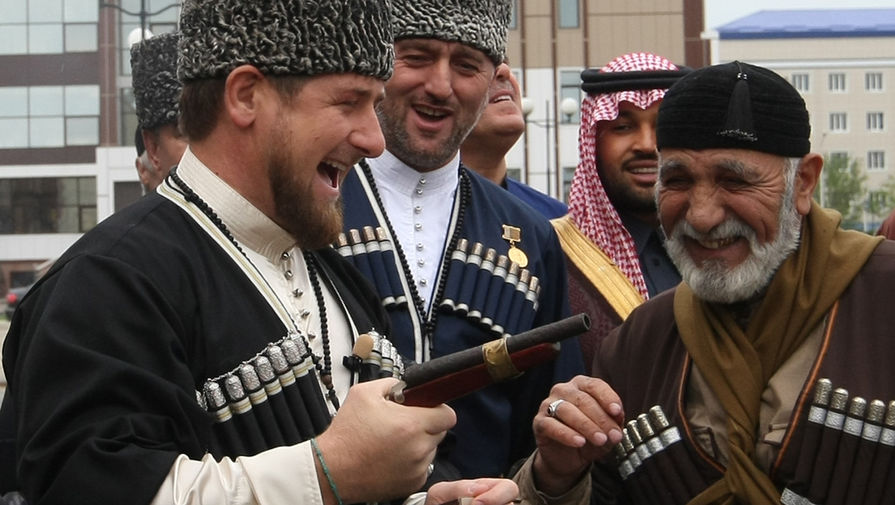 Ramzan Kadyrov said that he is worthy of the Nobel peace prize, but instead the US imposed sanctions against it. The head of Chechnya said that does not violate human rights, and fought against international terrorism. According to the head of the region, he, with the support of President Putin restored order and brought peace in the country — and in Afghanistan, which invaded the States, the war is still 2 million people died.

The head of the Chechen Republic Ramzan Kadyrov in interview to TV channel “Russia 1” has condemned the US decision to impose new sanctions.

“Where did I violate human rights? On the contrary. We are fighting international terrorism, the war stopped. I thought I was supposed to get the Nobel prize, and they told me under the sanctions. It is unfair,” protested the Chechen leader.

According to Kadyrov, the order in the region brought by the President of the Russian Federation Vladimir Putin. “A million and a half of the population feels on a high,” said he.

In addition, Kadyrov has compared the outcome of the Chechen war, with military action in Afghanistan, where at the beginning of zero years was invaded by an international coalition led by the United States. There are battles decades, killed 2 million people, said the head of Chechnya. The Nobel peace prize this has been presented to US presidents — including Barack Obama in 2009, but after a few years the prize Committee expressed regret about the decision.

Finally, according to Kadyrov, if American leadership is “no”, then they can think of against him, “a thousand sanctions — the lesson they will be.”

The US state Department had previously imposed personal sanctions against Ramzan Kadyrov, his wife Medni and daughters Aishat, Khadizhat. Policy was accused of human rights violations.

“We have plenty of reliable information about what Kadyrov is responsible for numerous serious human rights violations, including torture and extrajudicial killings,” — said in a statement the us Secretary Mike Pompeo.

In response, Kadyrov in his Telegram channel posted a picture of him with two hand guns in his hands. “Pompeo, we accept the battle! Next will be more interesting!” he said.

The Chairman of the Parliament of the Chechen Republic Magomed Daudov recommended that the US administration “to keep quiet about human rights”. “The mote in another’s eye more prominent than the beam in your own”, — said the speaker.

Press Secretary of the President Dmitry Peskov, in turn, noted that US sanctions “are extremely unfriendly” steps.

“These restrictions were imposed not only against Kadyrov but also members of his family, which is very difficult to explain. In itself, this is a very unfriendly action. Naturally, this causes a reaction from the head of one of the Russian regions”, — said the representative of the Kremlin.

In December 2017, the head of Chechnya Ramzan Kadyrov made fun of Washington’s decision on its inclusion in the so-called “Magnitsky list”. He assured that the sanctions will not affect his life.

“It’s a message of inclusion, Ramzan Kadyrov — that’s me in the sanctions list of the USA. And all spun, spun in the head, if I stand somewhere on the coast of Florida and from the Atlantic storms. And how can I not grieve, if

I hatched forty years plans to go to America, there to do business, to open accounts in banks in Manhattan? But I do not see casinos of Las Vegas and billion stored in a Bank of America. The U.S. Treasury has nothing more to do, like that cat, who in one place itched.

OK, so I have zabreli to enter America. And if I was going to apply for a visa if I have assets in US banks? I have previously said, but I repeat again for very forgetful, that wouldn’t have gone to the US if I promised as a prize all the foreign exchange reserves of the country”, — wrote Kadyrov in Instagram.

In the message of the U.S. Treasury dated December 20, stated that Kadyrov came under sanctions “for… gross violations recognized by the world community, human rights… such as freedom of religion, free expression, Assembly, right to a fair trial and democratic elections in Russia”.

Minister of Chechnya on national policy, external relations, press and information Dzhambulat Umarov, in turn, said Kadyrov hit in the sanctions list was a gift for the New year.

“In this case is a perfect Christmas gift for Ramzan Kadyrov. We all with this gift congratulations… With the help of the state Department and the U.S. Treasury Ramzan Kadyrov confirms his reputation as an outstanding hero and patriot of modern Russia,” — said Umarov.