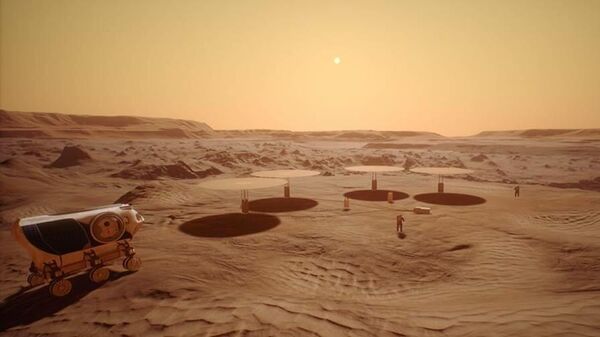 British scientists in a study on mice showed that the immune system of mammals is able to detect microbes from other planets and to react to them. The results were published in the journal of the Microorganisms.

It is believed that microorganisms — bacteria and viruses — may exist beyond Earth. Detection of liquid water in several places in the Solar system increases the likelihood. There are plans to search for on Mars and some moons of Saturn and Jupiter and the delivery of samples to Earth. In the end, someday people will fly to Mars.

Biologists from Aberdeen and Exeter universities decided to test whether the immune system is to resist, if the alien microbes suddenly find yourself in the human body.

“The world is now too well aware of the problem of immunity caused by the emergence of entirely new pathogens — presented in a press release from Exeter University, the head of research Professor Neil Gow (Neil Gow) from the Center for medical Mycology. — As a thought experiment, we wondered what would happen if we get exposed to the microorganism which was brought from another planet where evolved life. Will our immune system to detect proteins derived from extraterrestrial building blocks?”

Terrestrial organisms are built on the basis of the 22 amino acids — key building blocks of life. Scientists have suggested that microorganisms from other planets may contain in its structure other amino acids.

They are synthesized in the laboratory two types of “Ekspertiza” — combinations of amino acids that are not found on Earth but found in large quantities in carbonaceous meteorites — isovaline and α-aminoadamantane acid, and checked how they react immune cells of mice.

It turned out that activation of T-cells of rodents is a key to start the immune response that was effective less than 15 and 61 percent, respectively, compared to 80-90 percent activation when exposed to peptides, consisting exclusively of “terrestrial” amino acids, but still she attended.

“Immune response to “foreign” peptides were less effective than the reaction to those common on the Earth, says the study’s lead author Dr Katja Schaefer (Schaefer Katja) from Exeter University. — Therefore, we assume that contact with extraterrestrial microorganisms may present immunological risk to space missions aimed at finding organisms on extrasolar planets and satellites”.

The authors note that results were obtained in mice whose immune cells function in the same way as humans, and tested in the laboratory. However, this is only preliminary data, based on a high proportion of assumptions.