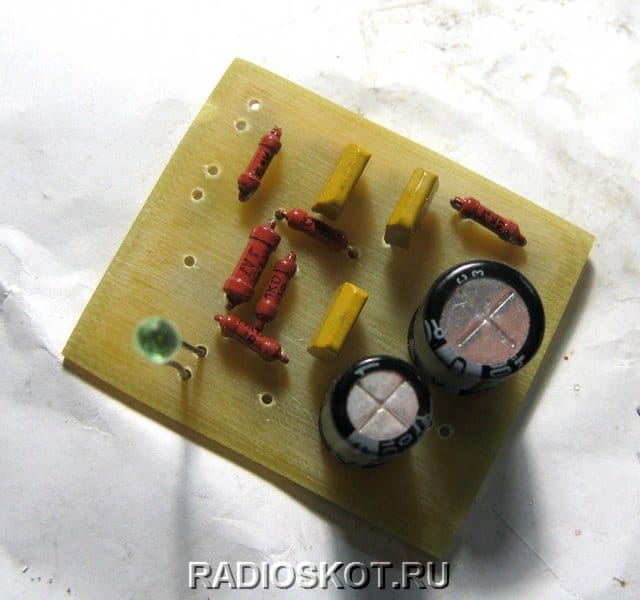 The guitar like musical instrument, was invented relatively recently, in the first half of the last century. Despite its “youth”, this tool already has to have a very popular – and not just because it is due to the large variety of sounds that can be drawn from the electric guitar, and a fairly simple learning process, in contrast to the more specific tools. The range of sounds the electric guitar really allow it due to the fact that is with the guitar in the audio path uses a variety of gadgets – electronic devices that allow real-time processing the sound, giving it an angry rock sound or “air” for the classic works, as well as many others. Many firms now produce electric guitars, including such well-known as Gibson, fender, whose names have become synonymous. So go to the store and buy a guitar – not a problem, but here we must note that without plugging in the amplifier, the guitar will not sound almost any way, and it is not surprising, since her body, unlike the hollow body of an acoustic guitar, is only a solid mass of wood, which in itself does not increase the acoustic oscillations of the strings. But on every electric guitar has pickups – special coils wound by a wire with lots of turns, their task is to capture the vibrations of the strings and then convert them into an electrical signal of variable magnitude. Not easy with every guitar has a jack socket to 6.3, it is through this connector, the electric signal is output from the pickups, knobs and controllers next to the connector on the guitar allow you to adjust the ratio of high / low frequencies and the volume of the signal. In order to hear the sound of the guitar is necessary to strengthen the electrical signal from the pickups and play with the help of special devices – guitar Cabinet, which is, in fact, a wooden box with a special guitar speaker. To enhance the signal and its subsequent playback manufacturers of guitars also let a lot more equipment – and a separate amp cabinets and amps – in which the amplifier is built inside the Cabinet. These things are necessary for a high quality guitar sound. But sometimes there is a problem, because the guitars themselves are decent, and sometimes the idea that after buying the guitar will have to spend just as much on the purchase of combo is very scary. In this case, there is a way to collect the amp itself and the guitar sound listen through headphones. This option is the least expensive to Finance, and can provide quite good sound, especially if you use good headphones. For the implementation of this option will need to collect the amplifier circuit, the input of which is fed the signal from the guitar, and the output of which will connect the headphones. 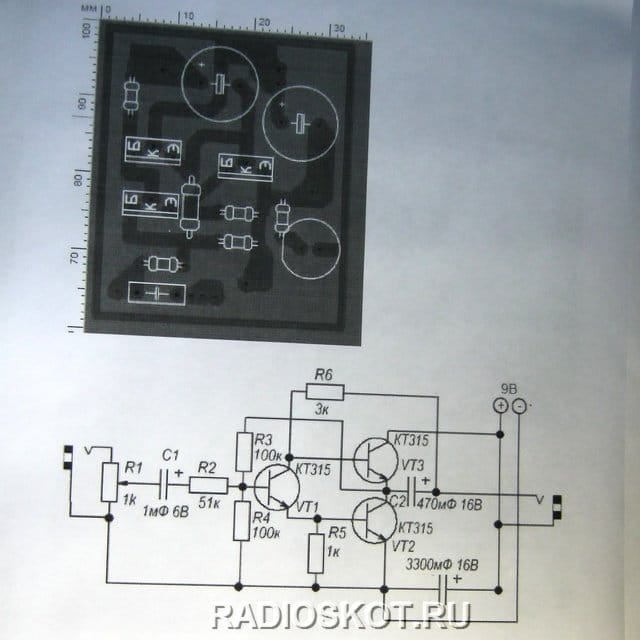 As you can see, the pattern is quite simple and consists of only three NPN transistors in the structure. It provides output power of about 0.5 W when used with 32 Ohm headphones, you can also connect the headphones at 16 Ohms, in this case, the power, and therefore the volume will increase twice. Consider in more detail each part of the circuit. To the left is the connector, it will connect to the guitar, it has two pins – one goes to the minus of the scheme, it is the ground and signal contact. To connect the circuit to the guitar must use shielded cable, otherwise instead of the sound of the guitar would be heard only one noise. Shielded cable is a metal sheath, in isolation, under which lived hidden in plain harness, completely surrounds the braided wire, thereby protecting it from the influence of interference. Braid is connected to minus, and core – to-signal contact for transmitting the audio signal. Most convenient to use the connectors how to connect the cable to the guitar cable to the amp, in the guitar cases are always used connectors jack6,3, in contrast to the domestic jack3,5 they are larger and more reliable.

Further, according to the scheme of the signal falls on the variable resistor R1 which serves to adjust the volume level. In fact, this variable resistor will be to fully duplicate the volume knob on the guitar, but because it can not install if you do not want volume control on the amplifier. When installing the R1 should pay attention to quality – Soviet variable resistors, which over several decades will not work, as they almost inevitably will rustle, thereby introducing interference into the audio signal. Should give preference to imported potentiometers, for example, the Alps, which uses the author. The value of potentiometer may vary in the range of 47-100 kω specified on the diagram the value at 1 kW is more suitable for guitars with active pickups, for universality it is necessary to take the resistance more. 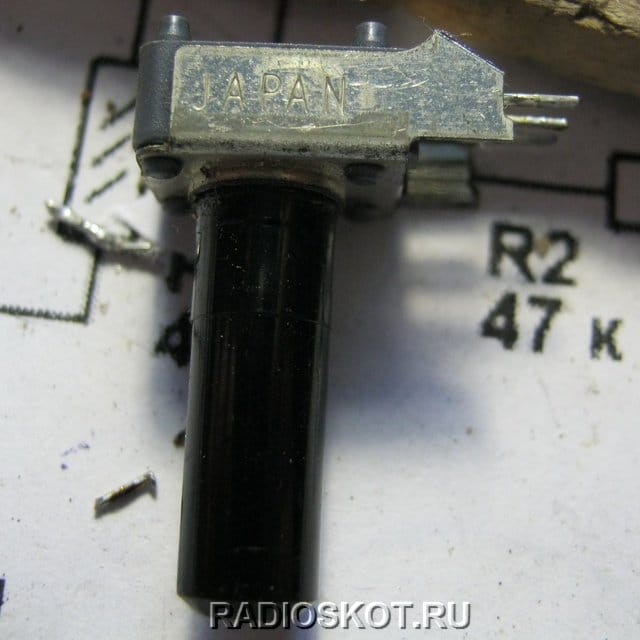 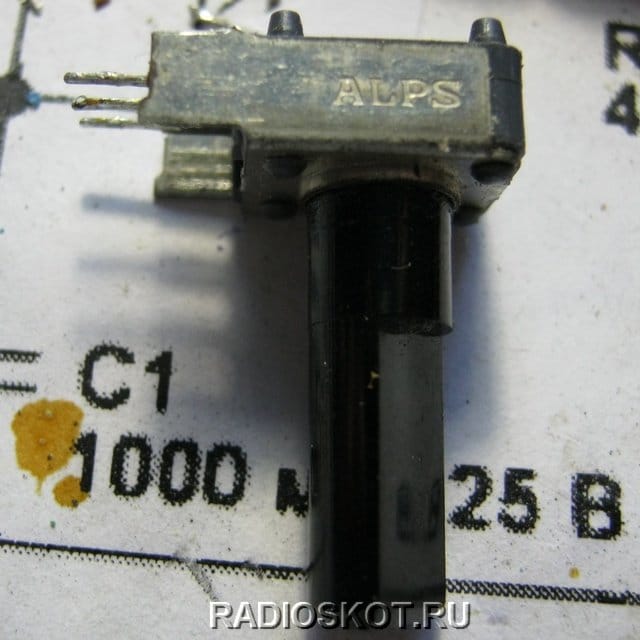 The average output of the potentiometer is connected further to the circuit diagram, it is removed from the signal, the magnitude of which will depend on the position of the variable resistor. Next, the signal passes through a dividing capacitor C1, the purpose of which is to separate the DC component of the signal, if it suddenly appears at the input of the amplifier. Here you can use almost any electrolytic capacitor at 1 µf, a voltage of 16V or more, no problem you can also use a film or ceramic with a capacity of 470 nF – 1 µf. Further, through the resistor R1 of the signal supplied to the base of the first transistor, which amplifies it to a certain level. On the second and third transistors assembled output stage, which provides the desired output power 0.5 – 1W. Transistors marked as KT315 is very cheap domestic low-power transistors, which can be found in any shop of radio components or to pull out of unnecessary domestic equipment. You can use KT315 with any alphabetic index at the end, in the case of any color. Instead, you can use almost any low-power or medium-power transistors NPN structure, for example, 2N5551, BC547, КТ3102 will be enough to work with headphones, even the transistors will not heat up, if not twist the volume to the maximum.
The supply voltage may vary between 5-12V, but because it can be powered from many different power sources, even USB outlet or phone charger Power-Bank a. The greater the voltage scheme, the above will be given to the load capacity, respectively, and the volume of the guitar in the headphones. The circuit consumes a small current, about 50-70 mA, and therefore to nourish it even from the crown, which has a voltage of 9V, it will be enough for several hours of continuous operation of the amplifier. Another variant of Autonomous power – use lithium-ion battery in conjunction with a boost Converter configured to output 10-12V, in this case we run out of charge, the battery only can be recharged. The circuit has a capacitor 3300 UF 16V and it stands in parallel to the power for suppressing interference. To use such a large filter capacity with low power amplifier is not very rational, but because its value can be reduced to 470-100 UF. But do not be amiss to put them in parallel with a small ceramic capacitor of 100 nF, for example, such as in the photo below. The same capacitor can be used as S1, but with slightly greater capacity. 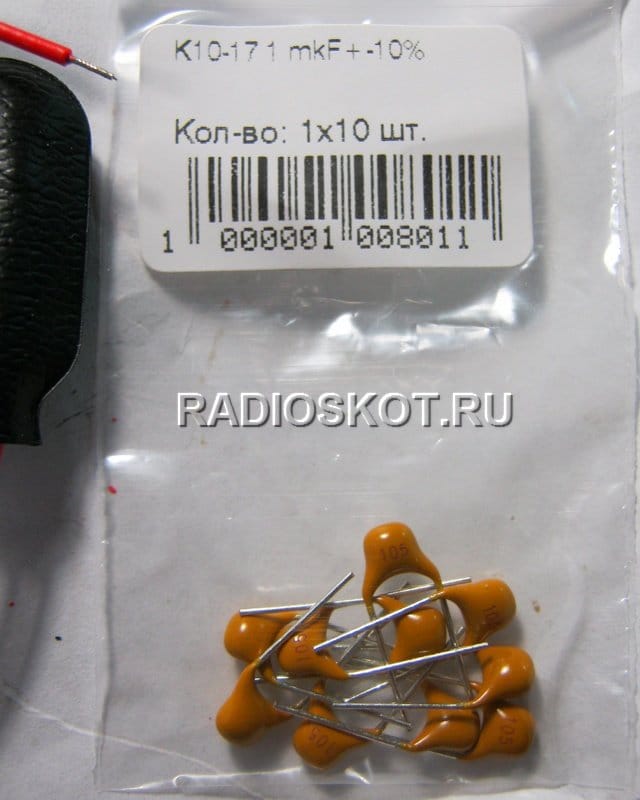 The amplifier is going on the PCB, which has very small dimensions, as the diagram consists of only three transistors. To execute a charge method, the LUT for which the Internet present countless instructions. In short, the whole process consists of the following steps: drawing of the Board you want to print from the computer to a laser printer or draw directly on the PCB so that all the wirings and noses were covered with printer toner or marker. It should be noted that items will be installed on the opposite side of the Board, and thus will be positioned in mirror image relative to the tracks. After that cost you need to erase, i.e. to remove excess copper, leaving only the tracks, wash out the toner/marker, drill holes and zaludit. Finished Board will look like this: 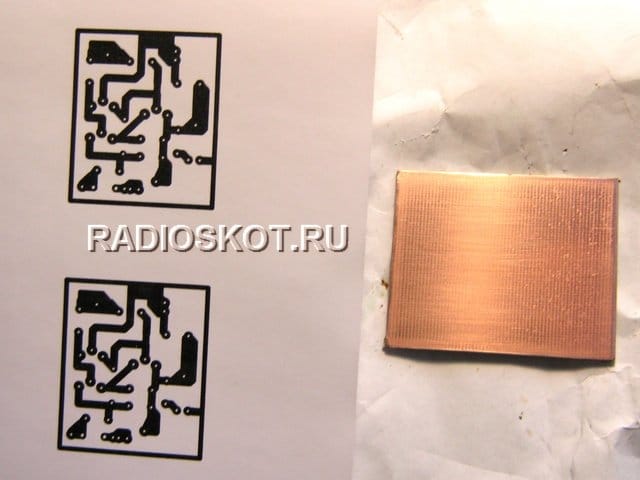 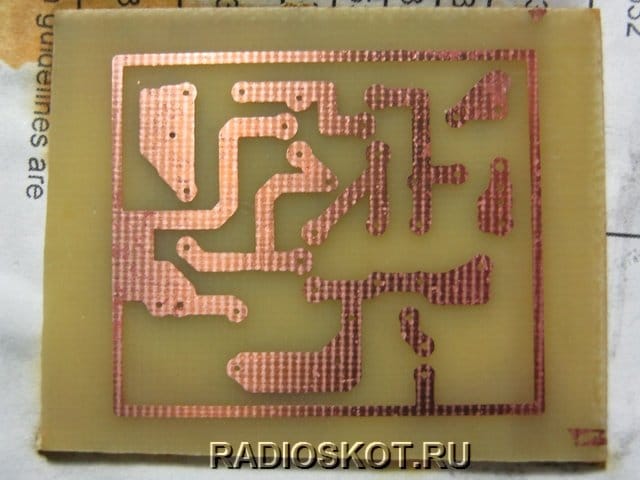 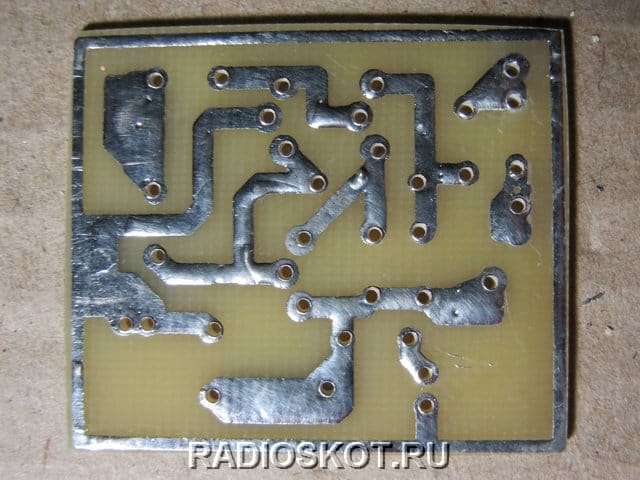 Now just need to solder on the Board all details in accordance with the scheme, and the amplifier is ready. After Assembly should be wiped with alcohol cost of flux residues, solder wires to connect the guitar to the headphones (you can use the connector jack 3,5) and enjoy the sound collected their hands of the amplifier. A good build! All questions and additions please write in the comments. 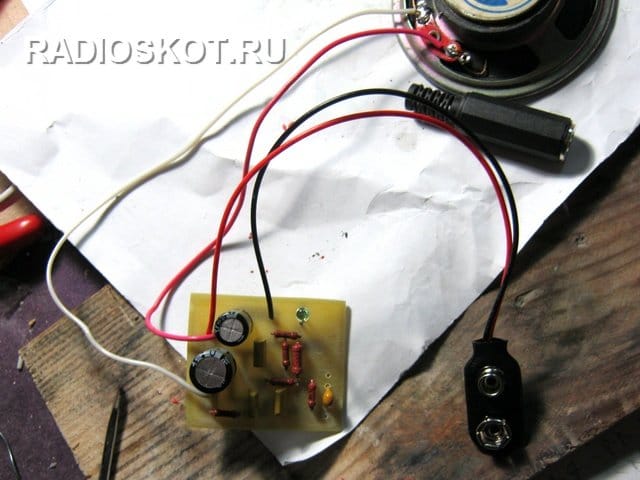