No one knows exactly how many underage girls are married off in Georgia. According to the United Nations Fund for population, at least 17% of girls in Georgia are married before the age of 18, the legal age of marriage. But the data is difficult to consider because families often circumvent the law, without registering the marriage officially for several years. They conduct weddings in local churches or mosques and think that the pair connected the knot at the cultural and religious sense. 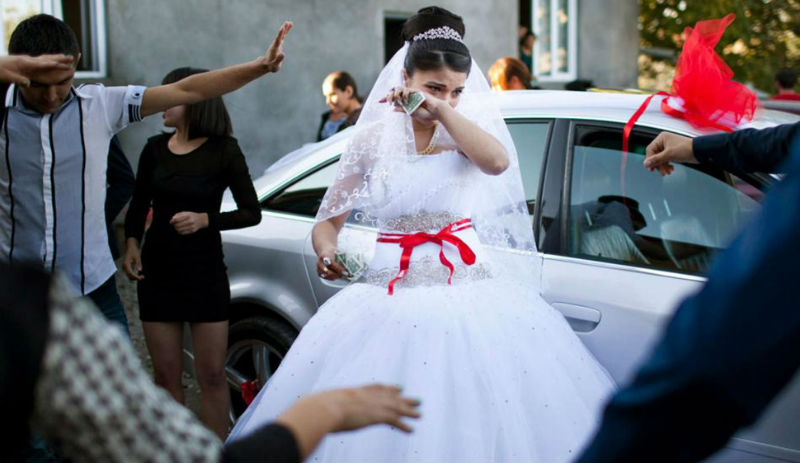 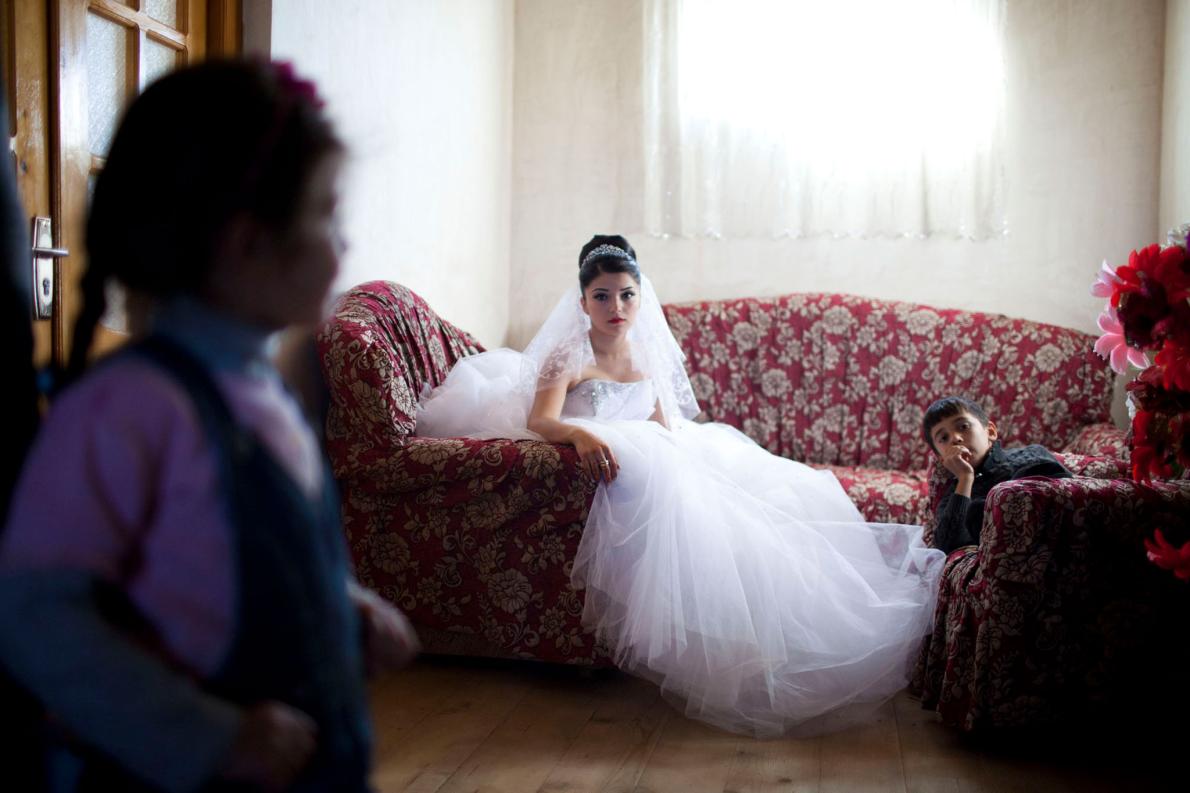 17-year-old bride of Georgian Azerbaijanis living in Kakheti, waiting for the arrival of the groom on the wedding day. She met her future husband, who is 22 years old, a month before, when it was announced about their engagement.

Photographer Daro, Sulakauri grew up in Georgia and remembers how one of her classmate got married when both of them were 12 years old. “I had some mixed feelings. It seemed to me that something is wrong. But I didn’t understand what it is,” she says. These feelings returned to Daro, when she began to study the problems of women in Georgia, received a grant from the human rights network the Human Rights House Network. Remembering my classmates, she began to ask people about teenage marriages. Soon after, the photographer was invited to a wedding in a small village. At the end of the celebration of the young bride started to cry. 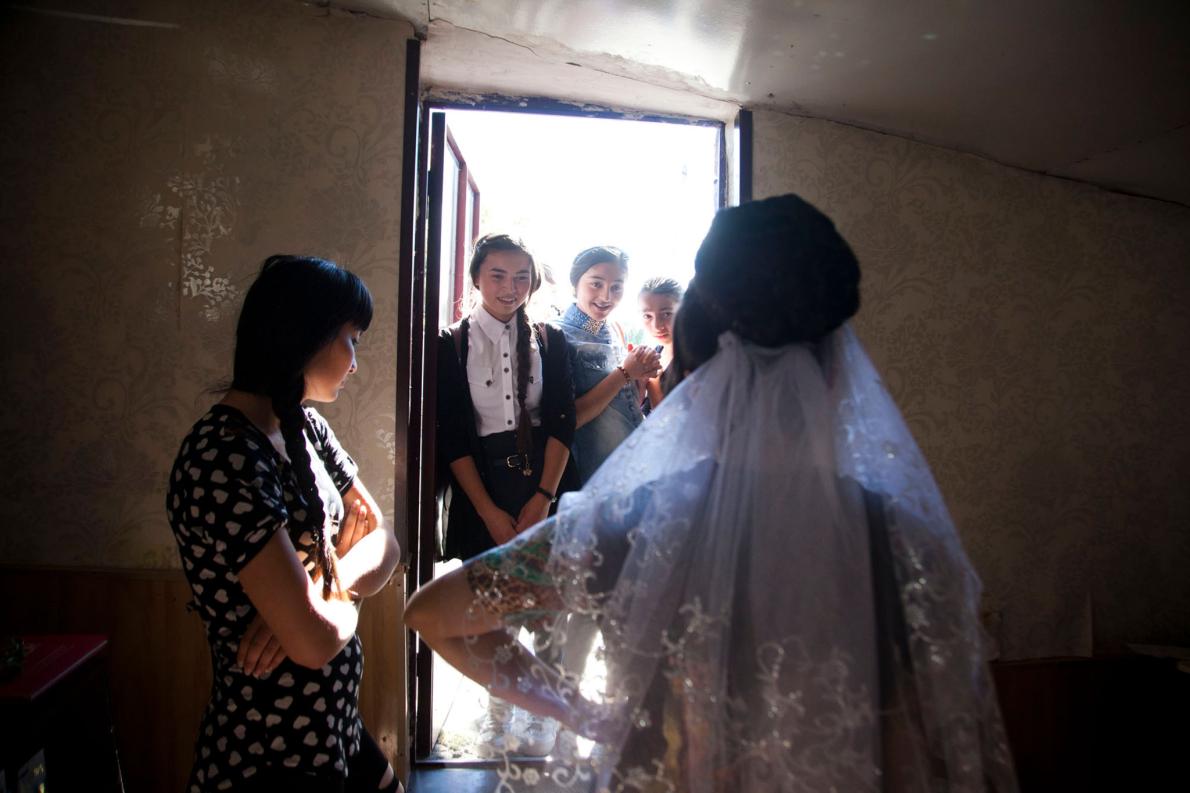 Classmates of the bride to compliment her dress.

“It was very difficult to guess her feelings, says Daro Sulakauri. — Was she sad? If she was happy? Sounds to me like she was confused. That’s why I started to realize that I really want to tell the story about it.” 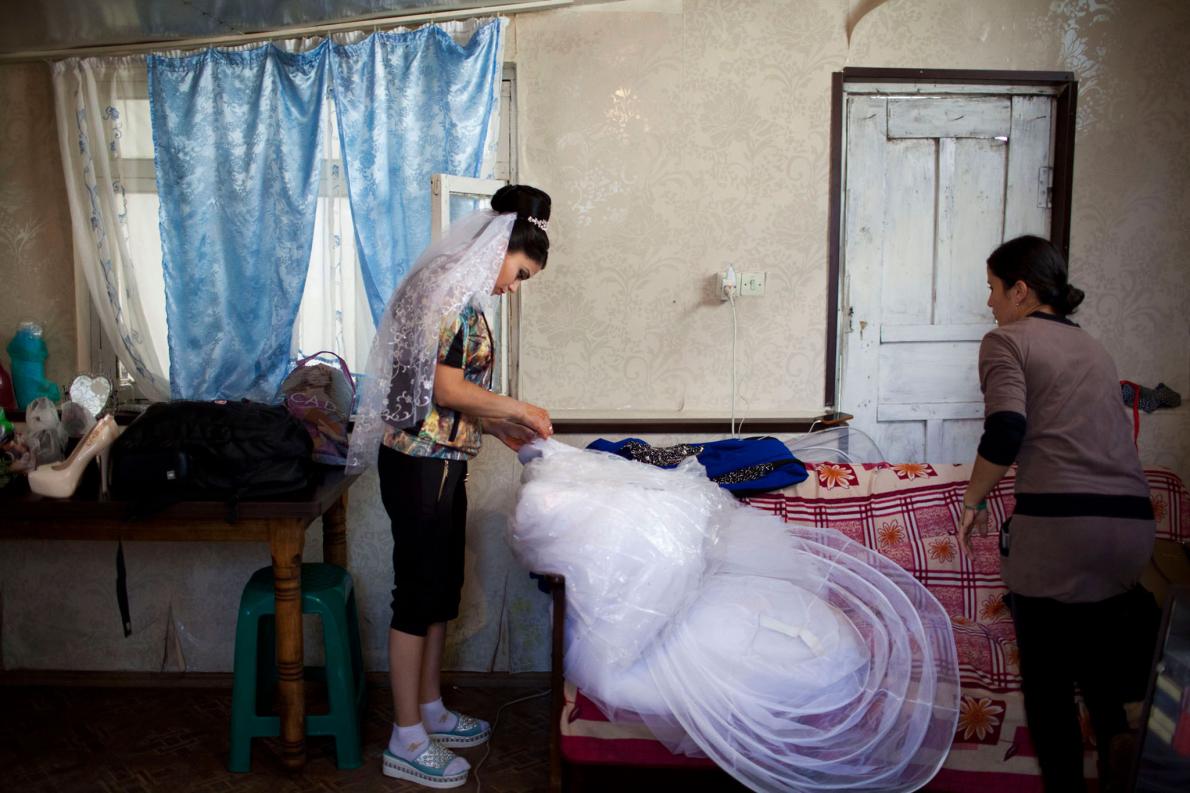 In the rustic living room of the bride preparing for the wedding.

UNICEF calls child marriage a fundamental violation of human rights. In Georgia some of the highest in Europe indicators on child marriage. This tradition, which for many centuries, and it is not connected with any particular religion. The reasons for marriage differ depending on places and social groups, but have common features. Grooms are almost always older, already graduated from high school and reached the age of legal marriage. 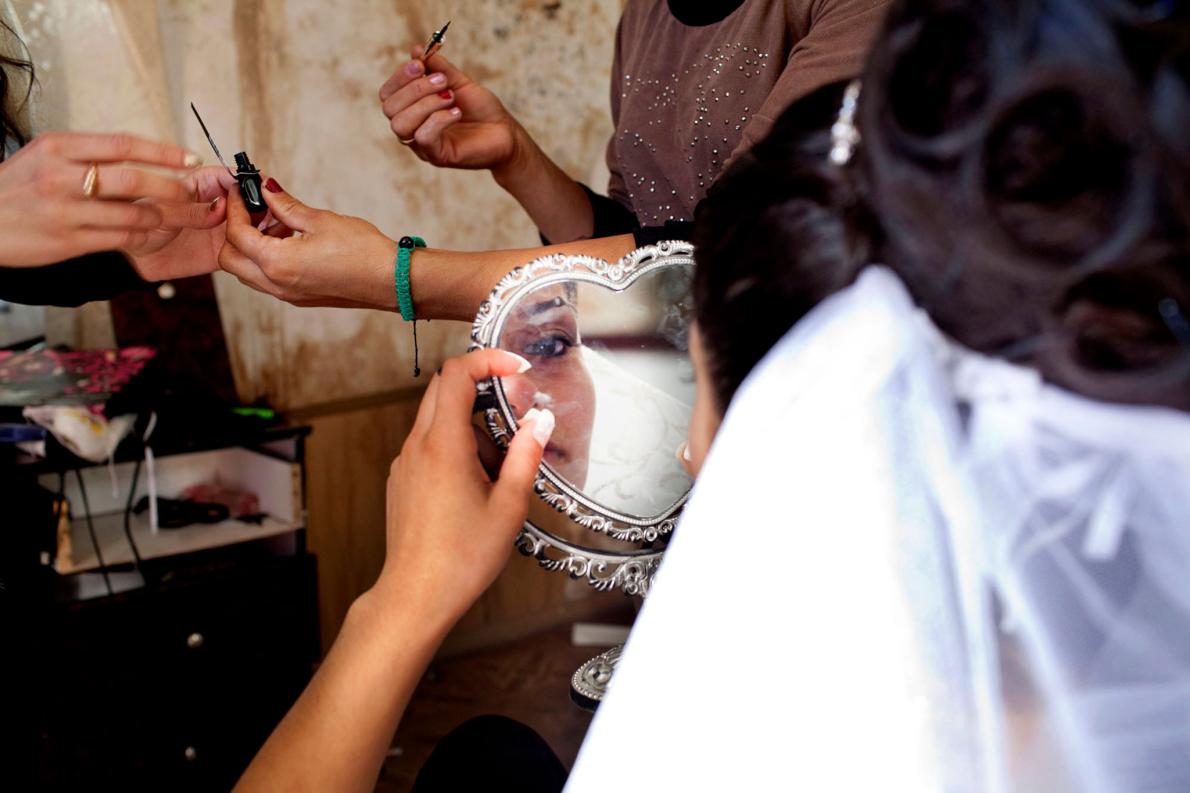 Bride putting on makeup before the wedding.

As a rule, the mother of the groom begins the process of courtship, but Sulakauri faced with couples who met through friends, at school or on the Internet. Girls are not necessarily forced into marriage, but the weight of tradition is very strong. 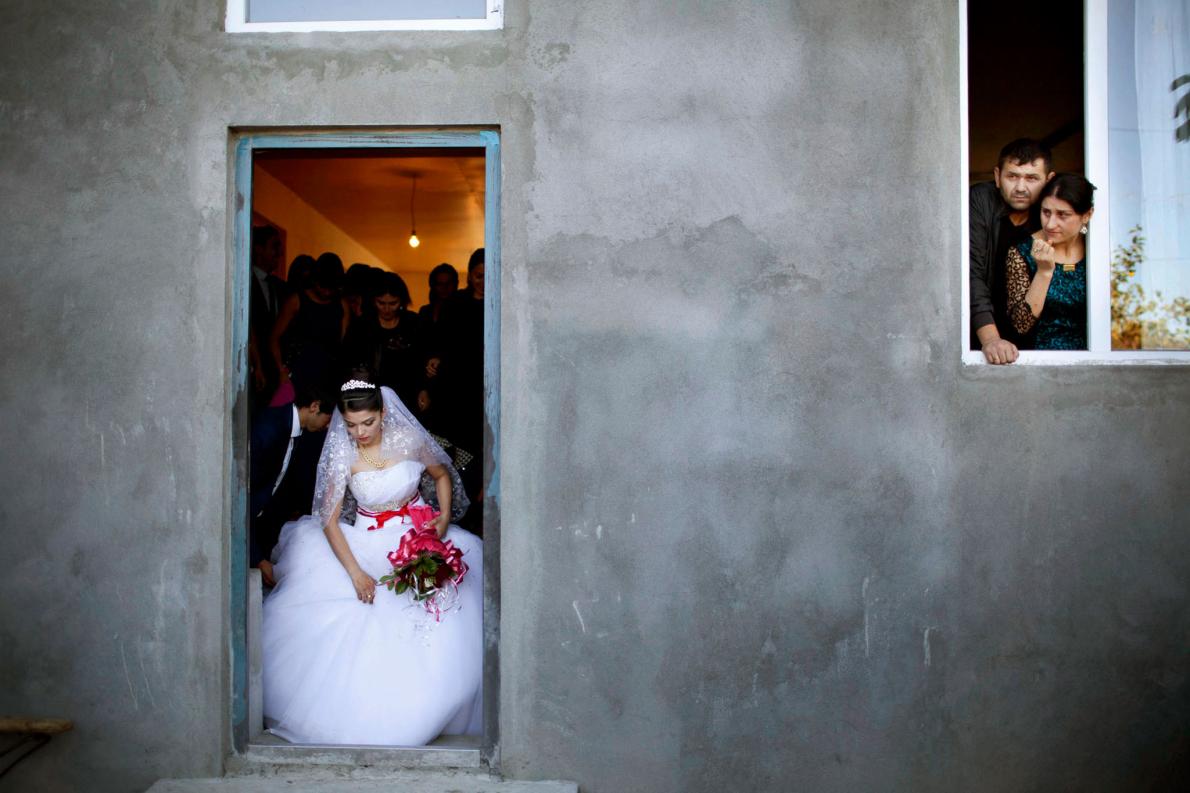 “They seem to go with the flow. Because their great-grandmother did and my grandmother and mother married at a very young age. Therefore, they believe that this way of life, that thus it must be,” says the photographer. 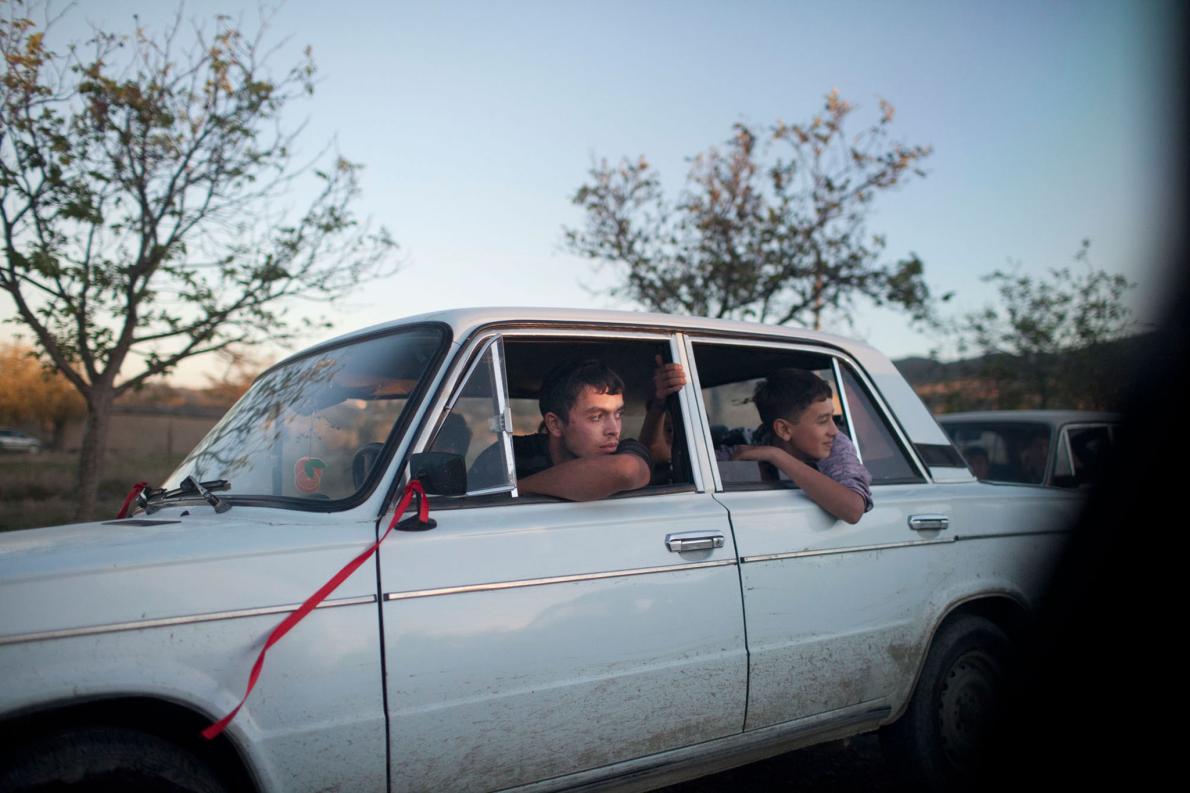 Does a teenage boy looks from a Windows machine for a wedding celebration.

People in the pictures, Sulakauri — Georgian Azerbaijanis, ethnic and religious minority. One of the girls-brides, with whom the photographer met Layla, she was 12 years old when she got married and went to live in her husband’s family. Her story is especially shocked, Sulakauri. The photographer recalls that in his first conversations Leila was very Frank. “She had these dreams about the future, about who she wants to be, for example a stylist. She wanted to continue studying and do a bunch of things.” 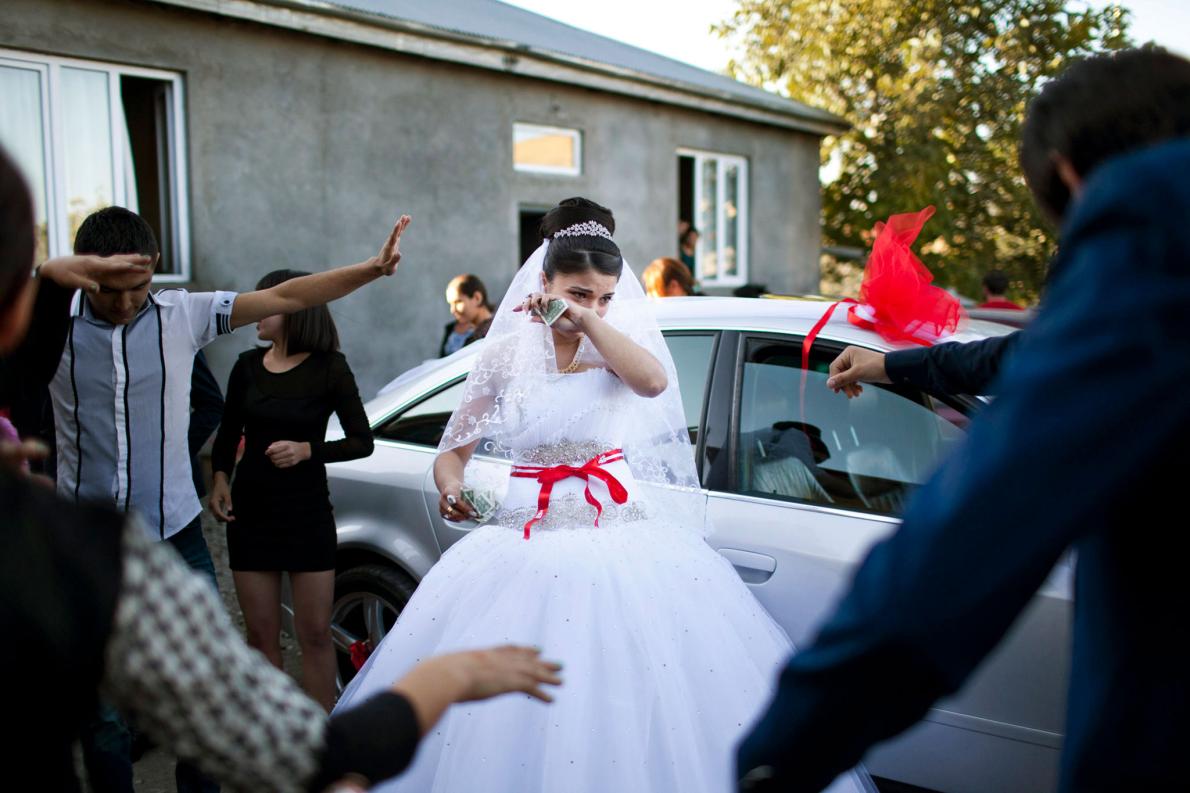 Friends and relatives dance around the bride and she receives gifts in the form of money and crying.

A year later, Sulakauri went back with Leila and everything changed. “She became a housewife at the age of 13. It is not going to go to school, that’s for sure. In a sense, this topic for it is closed,” — says the photographer. 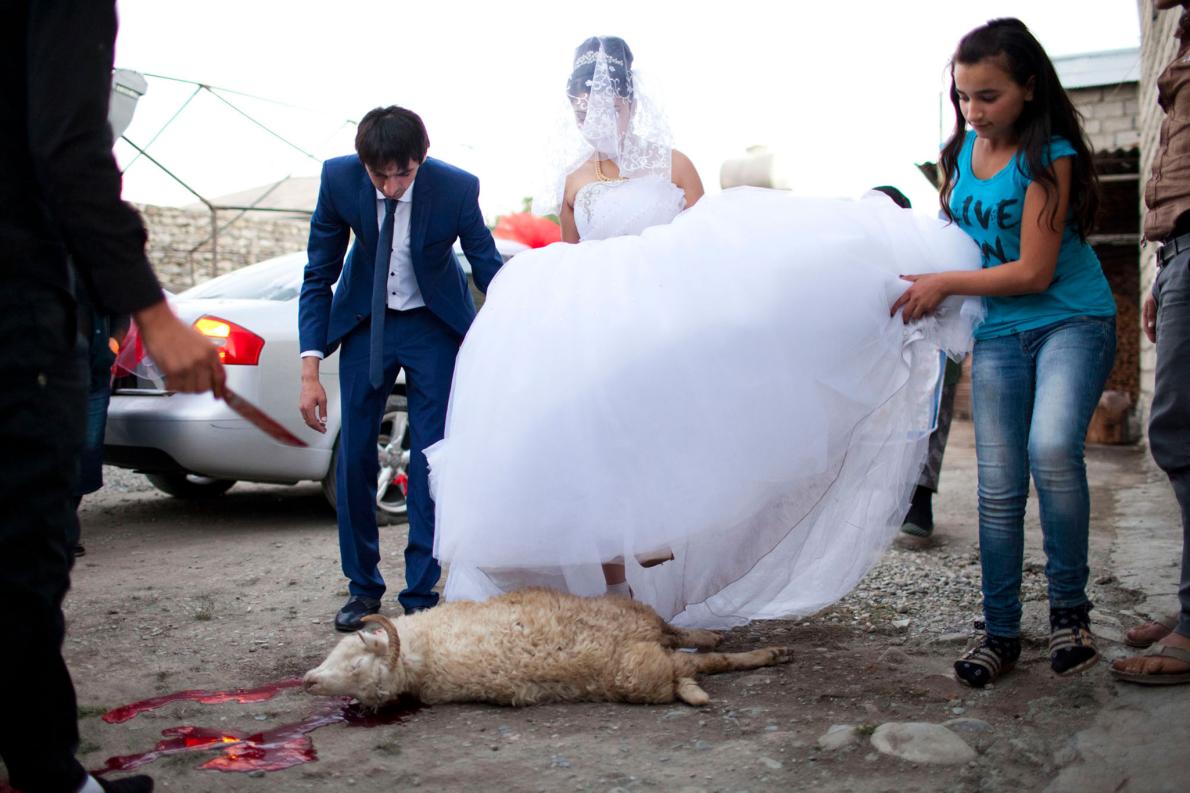 The bride and groom step over the slaughtered sheep as part of a wedding ceremony.

In the lives of these girls will leave a mark not only unfinished school. Sex education in Georgia in the literal sense does not exist, and Sulakauri says that some girls do not understand what entails a marriage, until the day of the wedding. Study on reproductive health in 2010 showed that 76,6% of married girls aged 15 to 19 years do not use any one of the modern methods of contraception. Not surprisingly, many young brides become pregnant soon after the wedding, which leads to various complications and worsening of the health of their still-developing organisms. 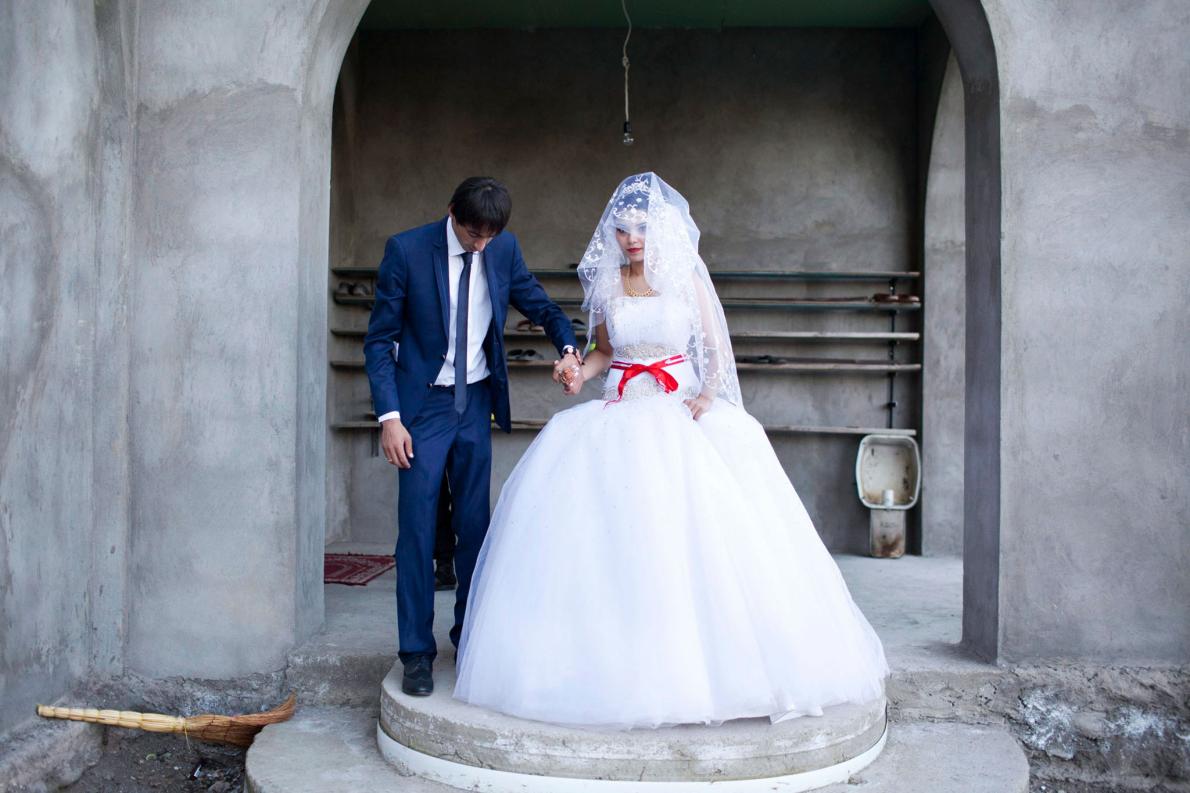 The couple married Muslims from the Azerbaijani Diaspora posing in front of the mosque on the day of the wedding.

When Sulakauri found with these girls, she always remembers his childhood. “It was different. I was a kid as long as I could, you know?” If her work is unable to give such child brides in these pictures, the photographer hopes that she can change the future of other girls. “I wanted to show people in my country that this is happening. It can push changes. Maybe they’ll start talking about it: “Maybe it’s not supposed to be. Maybe it’s too early””. 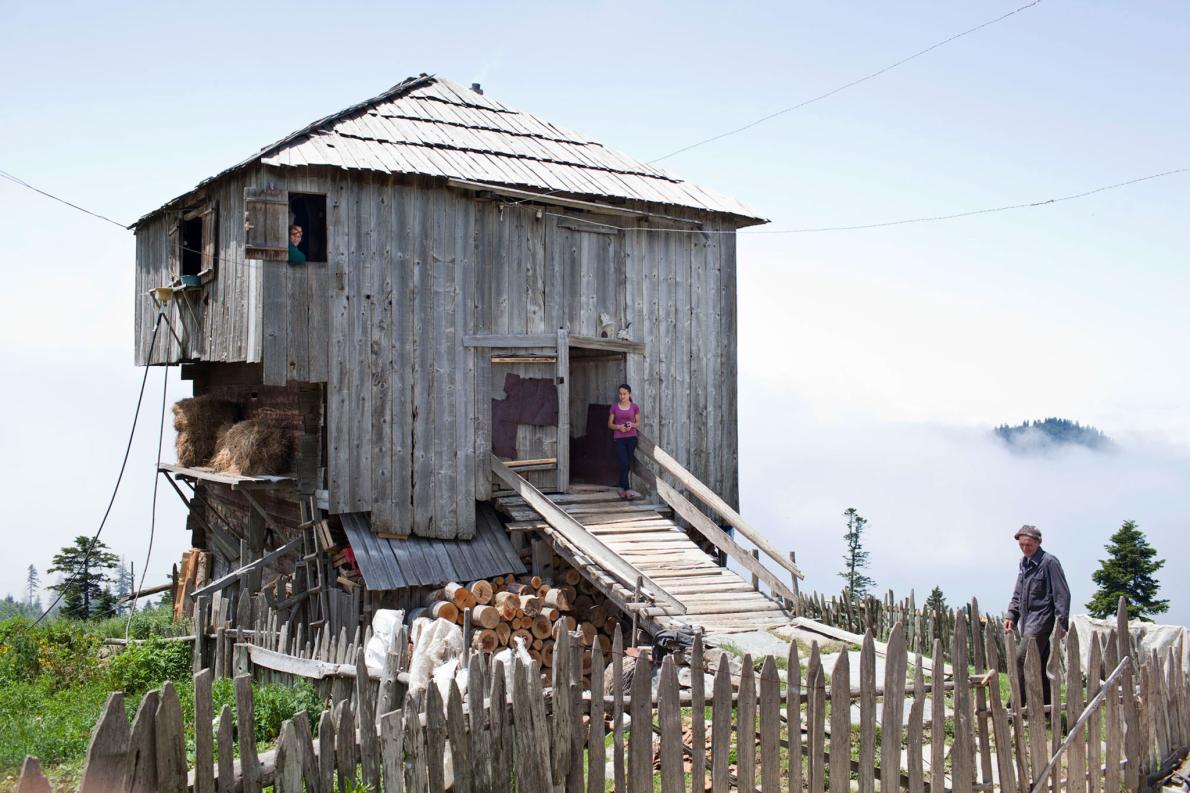 Georgian family from Adjara live in this house in the summer, which is common among local farmers. Usually such houses over a hundred years. Livestock keeping on the ground floor, and the family sleeps on the second. 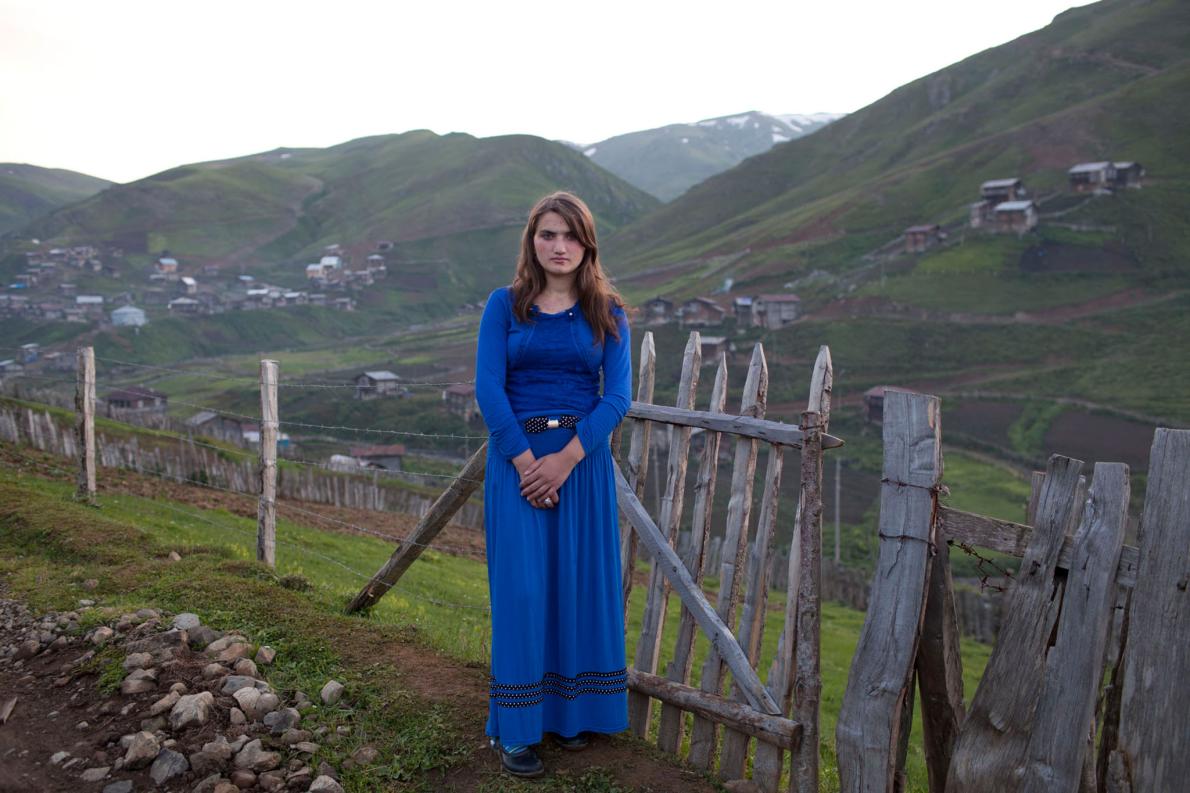 15-year-old Marie lives in Adjara. Most of her contemporaries drop out of school and get married. Her grandmother believes that this is a tradition that needs to be passed from generation to generation. 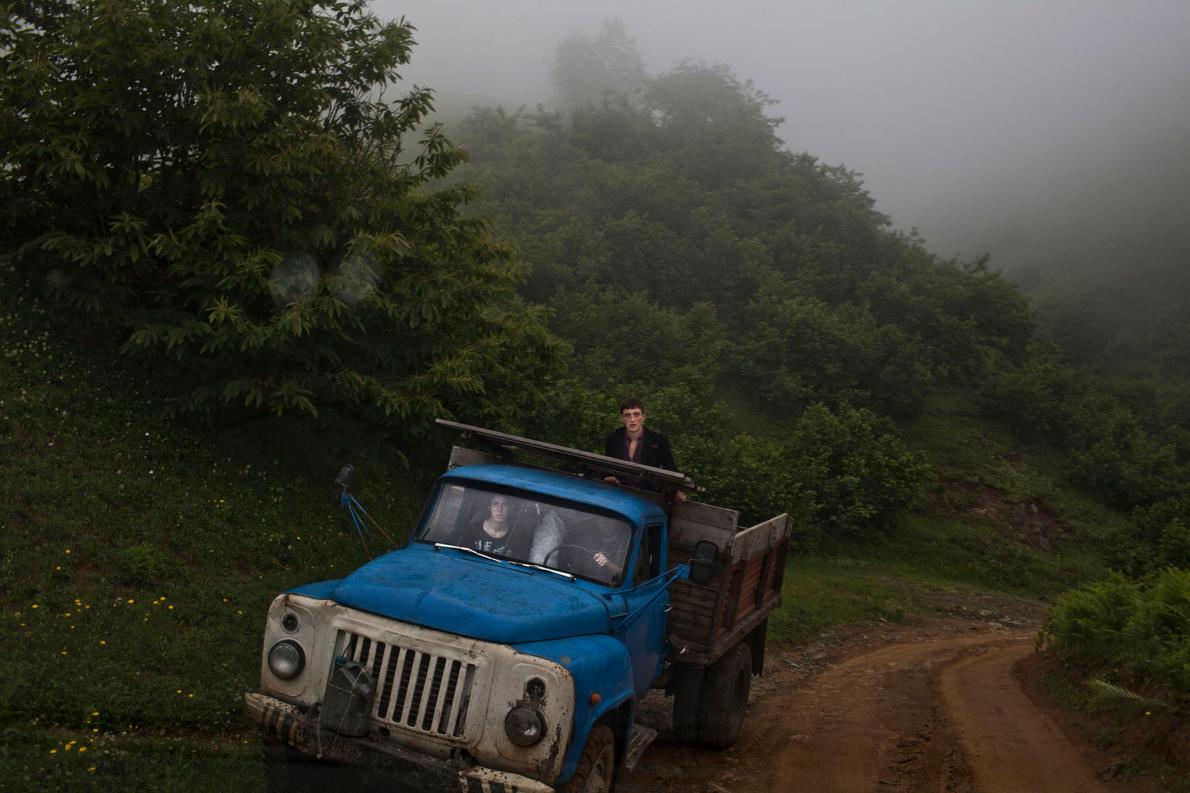 Ajarian family goes from one village to another. Daro, Sulakauri wanted to capture not only the wedding, but the way of life in these places. 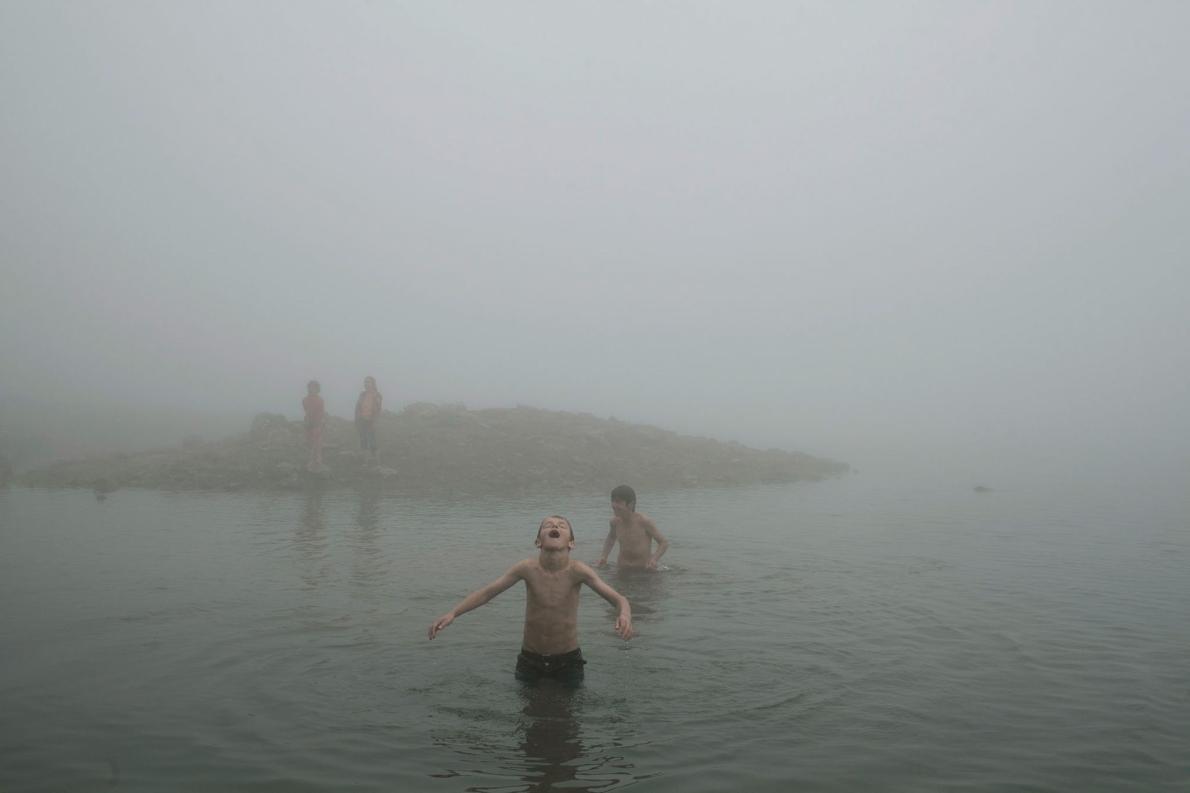 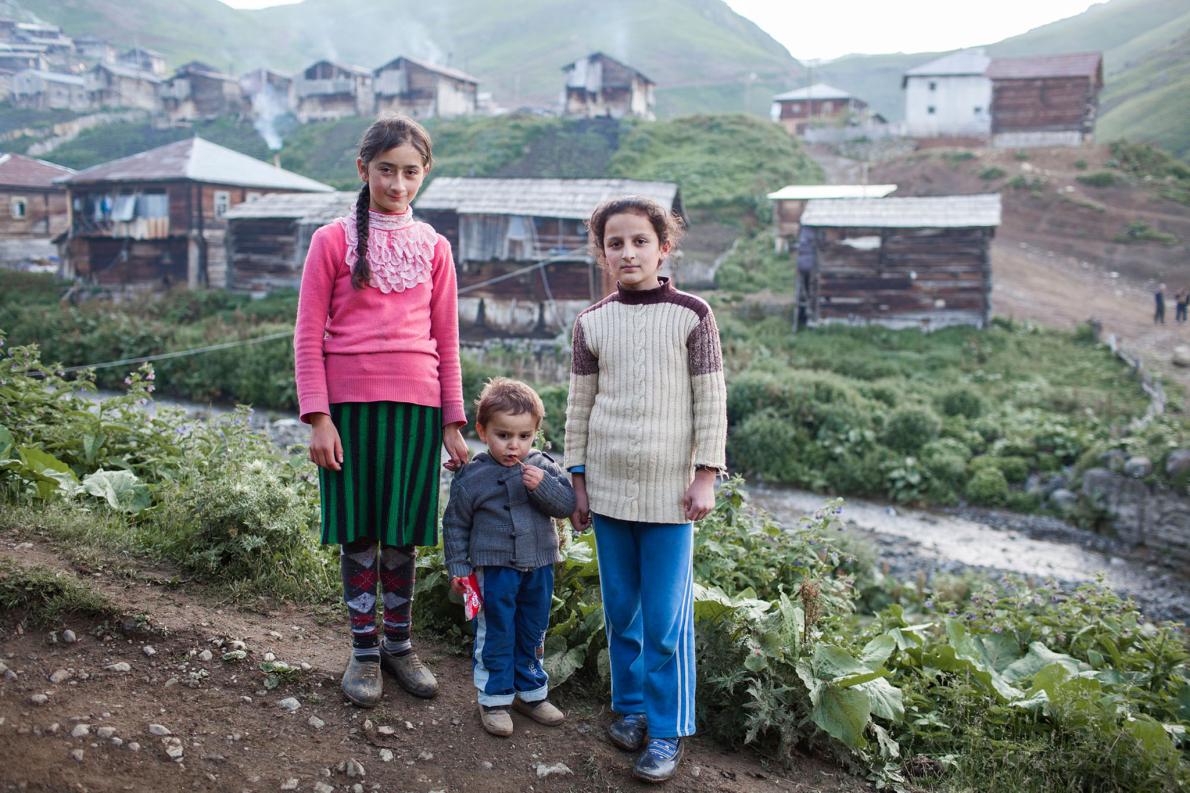 Children at the entrance to the Adjara village. Early marriages are very common in this region. 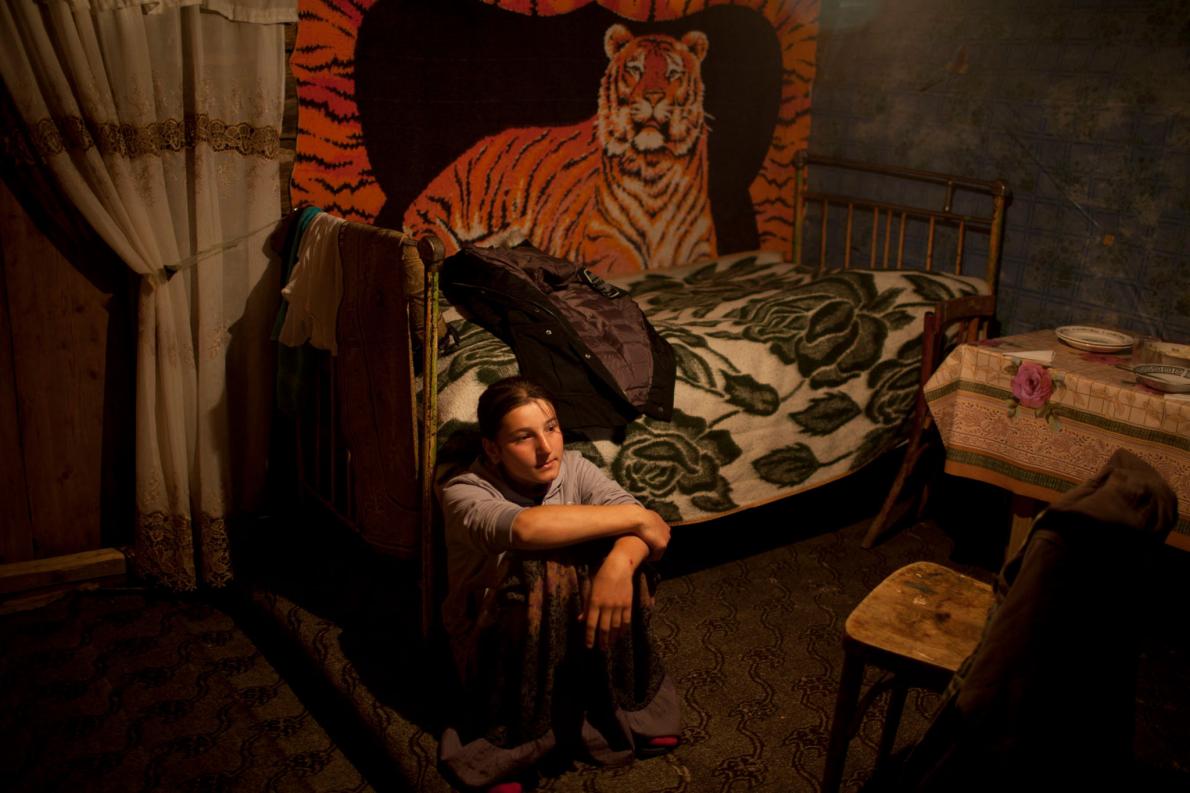 Sali 13 years. Although she is not married, her grandmother told the photographer that he sees nothing wrong with early marriages. 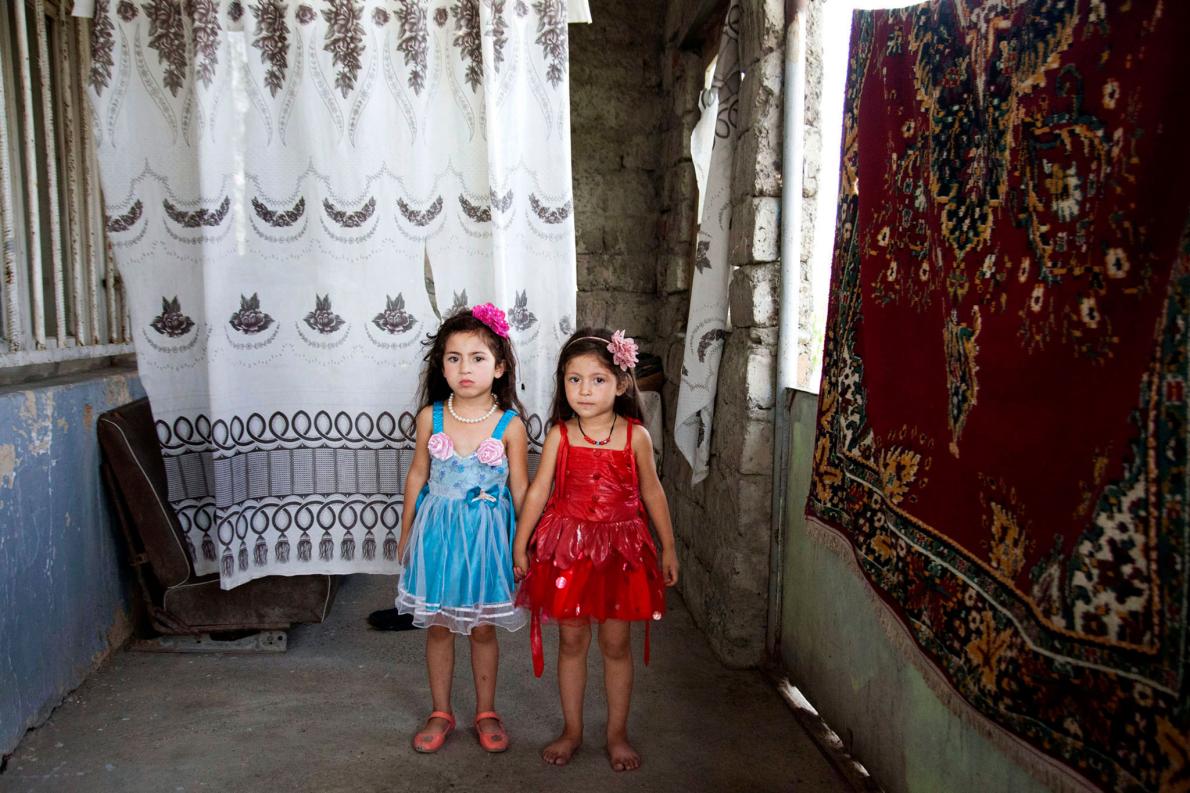 Twins Monica and Laura live in Kakheti. They were born when their mother was only 14 years old. 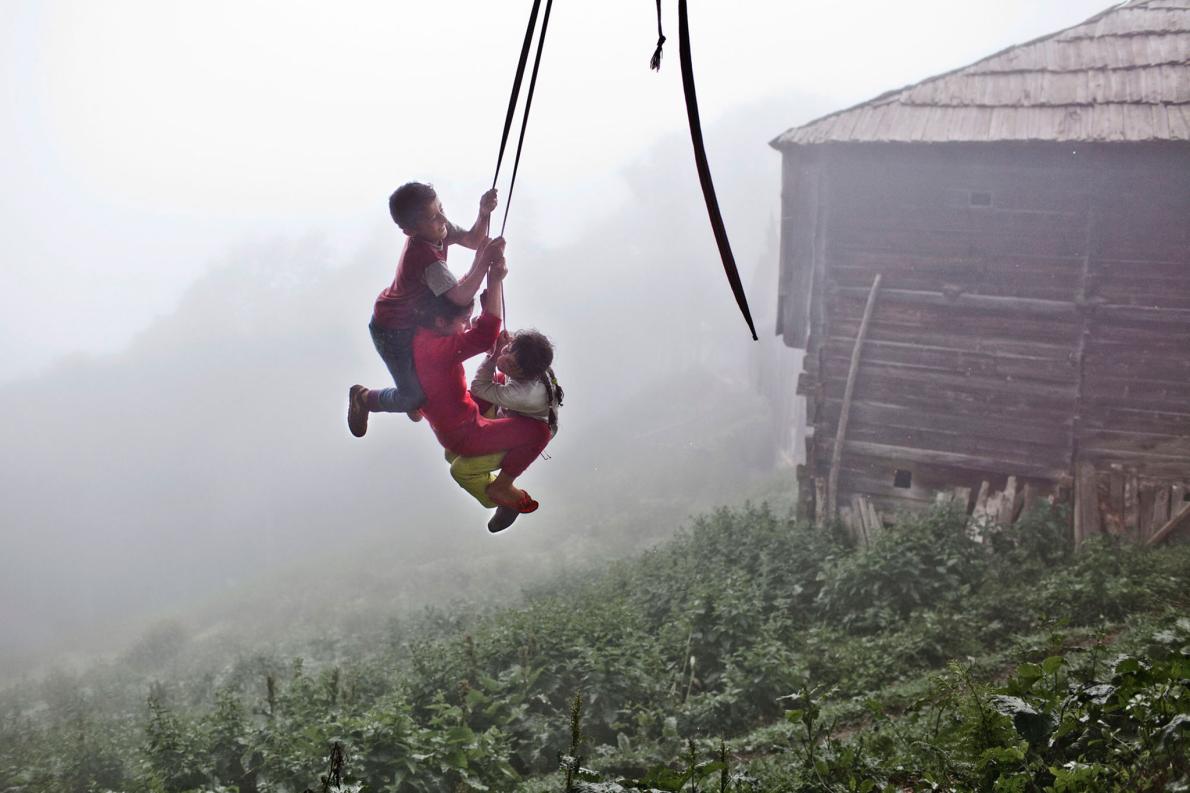 Children ride on the rope in a foggy day. For many locals, childhood ends quickly due to early marriages. 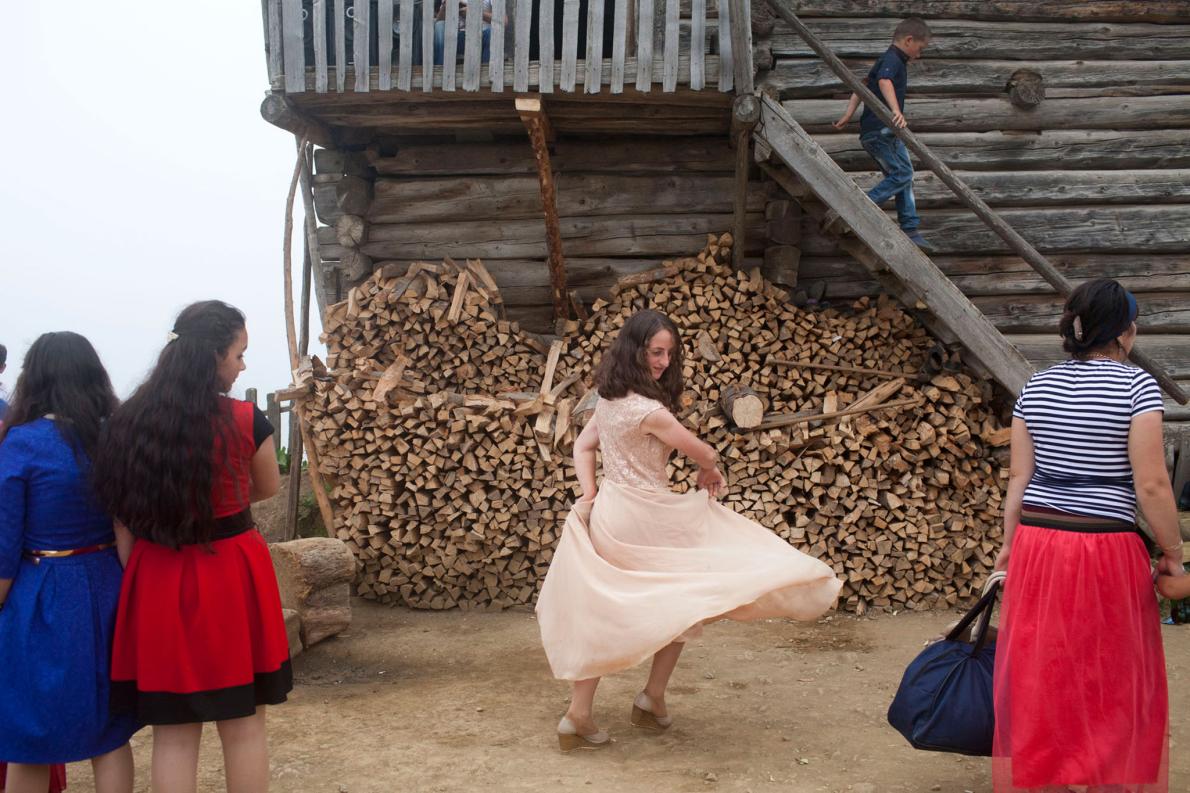 14-year-old Tamra from Adjara dances on the engagement of his sister. Although some of her contemporaries is OK to marry, Tamra wants to first finish school. 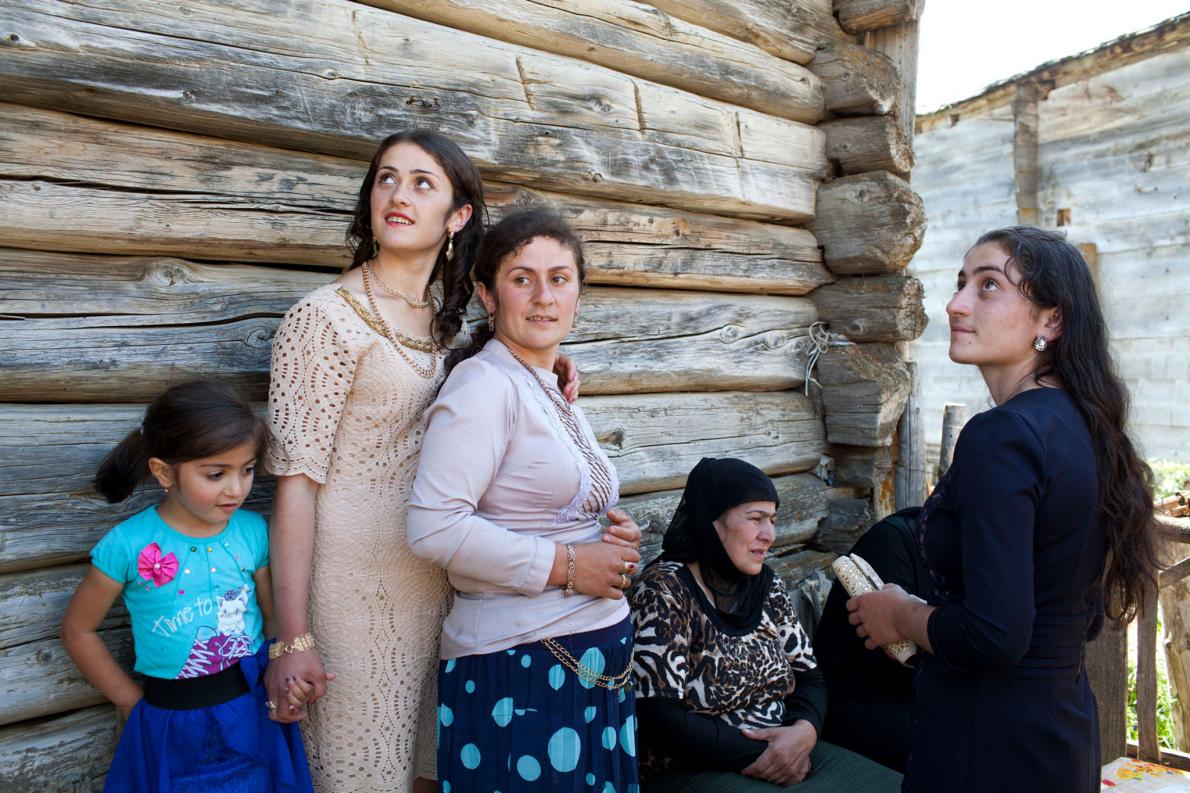 Women and girls are left to rest during the celebration of the engagement. 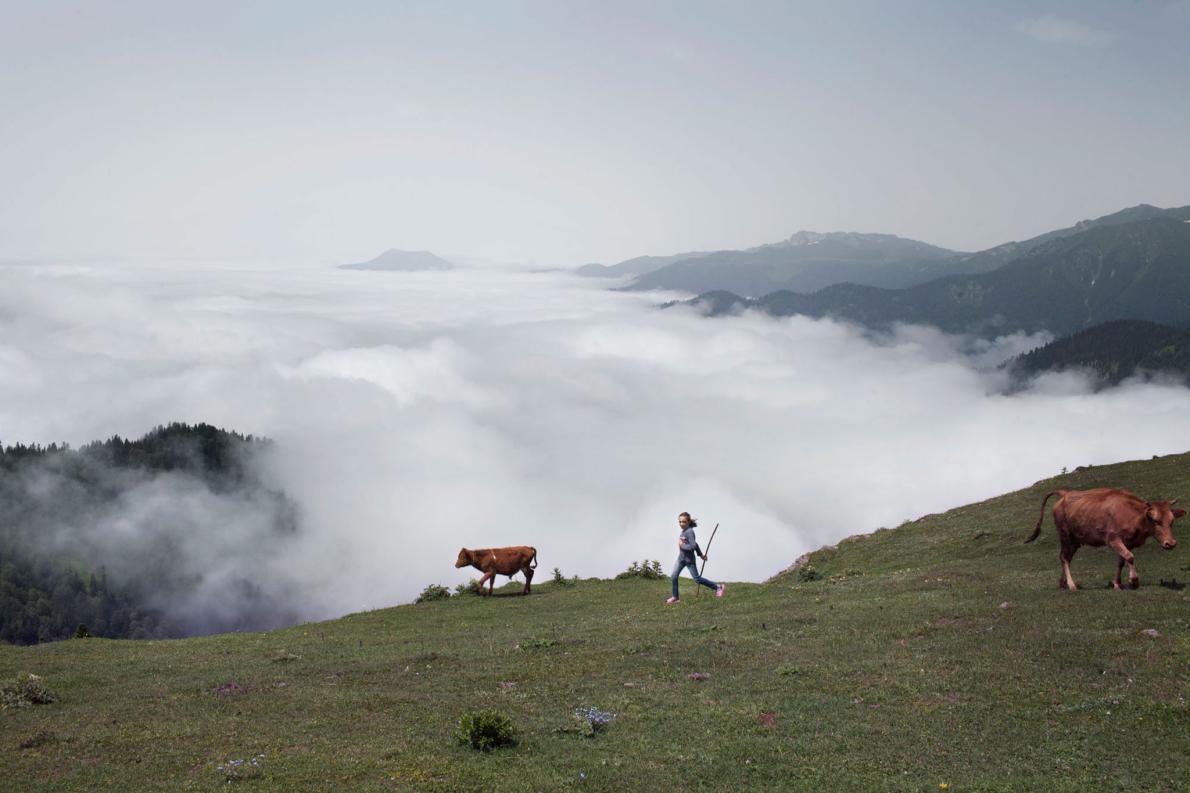 Ajara is famous for mountainous landscapes and, unfortunately, a large number of marriages among minors.