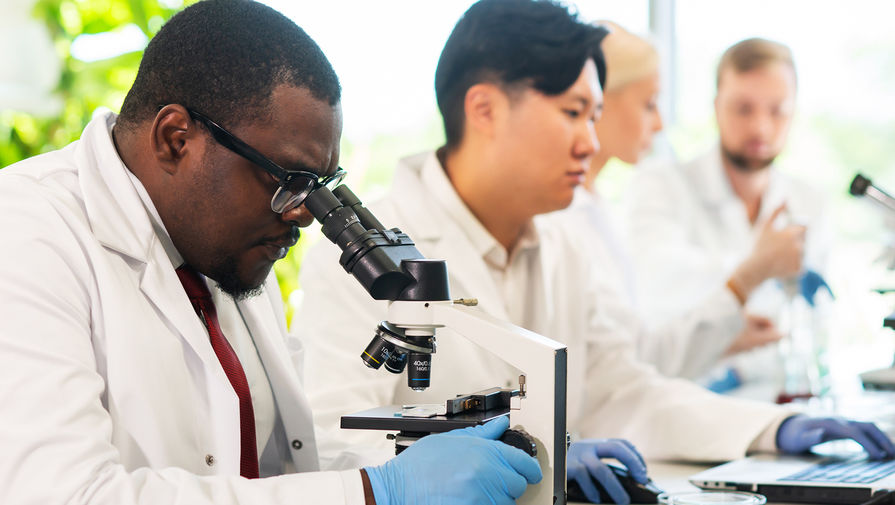 Physicist from United States Lawrence Krauss said that in this country for fear of being accused of racism closed the whole direction in science, and prominent professionals are forced to leave their posts. Not less important question of sexism in universities. “Газета.Ru” found out from the Russian scientists, how serious the problem of racial and gender discrimination in the Western and domestic science.

Theoretical physicist, Professor at Arizona state University, Lawrence Krauss has published an article in the Wall Street Journal “the Ideological corruption of science. In American laboratories and universities suddenly woke up the spirit of Trofim Lysenko.” The author draws a parallel between the campaign against geneticists and ban genetic research in the Soviet Union and the current situation in the US where for fear of accusations of racism closed the whole direction in science – for example, studies of race and gender differences. According to Krauss, are also in jeopardy the natural Sciences – physics, astronomy, mathematics, where traditionally not too many scientists of African Americans.

As showed researches of the National center for education statistics (NCES), in 2017, the white was about 3/4 of the professors of American universities (76%), while among students the proportion of whites was 55%.

If you believe Krauss, after the murder by police of George Floyd in Minneapolis guide academic institutions began to censor any dissent, and to dismiss leading teachers, if someone were to claim that their studies support unjust oppression. In support of his words, the scientist gives concrete examples. So, in June, American physical society (APS) has closed his office to “eradicate racism and discrimination in academia,” saying that “physics is no exception”.

The famous chemist from Canada spoke in support of the assessment of scientific achievements based on merit, and against the recruitment of scientists according to the principle of equality, if it leads to “discrimination of the most suitable candidates”. For this he was condemned by the University rector, his article about the research in the field of organic synthesis has been removed from the journal website. In turn, the leading scientific journal Nature published an article entitled “Ten simple rules for creating an anti-racist lab.”

Krauss believes the real problem of racism in society, emphasizing that in favor of the allegations of systemic racism in science are strong arguments had been presented.

“Whenever science is corrupted, becoming a victim of ideology, scientific progress suffers — concludes Krauss. – It happened in Nazi Germany, the USSR, and the United States in the nineteenth century, when racist views dominated biology, or in the era of Joseph McCarthy, when prominent scientists such as Robert Oppenheimer, was subjected to reprisals for their political views”.

According to the Professor of the University of Pennsylvania Maribeth Gazman, it’s common to hear that “the faculty lacks of people of color”. She notes that in some disciplines, such as engineering or physics, they are really less. While in the Humanities enough non-white doctors, indicates Gazman.

“When I hear someone say that the colored people not in training, I say, “why don’t you create a system of training, why not grow your staff?” — quoted by Professor Washington Post.

As told “Газете.Ru” Russian scientists from different fields of science, for the higher education system of our country is characterized by the infringement of rights based on sex. As noted by the chief researcher of the Institute of education HSE Irina Abankina, “a cursory glance at the Russian rector’s building and the scientific councils of enough to the picture of gender discrimination in the Russian higher education rose to his full growth.”

“And no one finds it necessary to pursue policies to prevent discrimination, she said. — What purpose do not only occur, but often not so much professional, how many other characteristics — that’s for sure. Kaznacheistvo begins to dominate, the election is losing ground, and hence the change of criteria in the evaluation of candidates and then the results of their work”.

Head of the laboratory of genome analysis, Institute of General genetics him. N. And. Vavilov of the RAS Svetlana Borinskaya shared the story of his practice. One conference in the Humanities has moved from spring to autumn due to the fact that the second Vice-President of the scientific society was required to elect a woman, and a suitable candidate was not.

“I see it as absurd. Science must be selected according to competence. Just as in medicine or rocket science, explained branscom. — I believe that there are very talented women, and they are known for their discoveries. Why do some preferences just because the woman? Combined with the fact that in the West woman can be offended when she open the door or carry a heavy bag, it looks absurd — where the gender differences really are (in physical strength), there is not, and where not, you have preferences”.

Inappropriate like pinching ladies on the principle of “she will give birth and go on maternity leave”, and the extension to comply with the “quota” said branscom. She also admitted that would be greatly offended if she was offered the position on the basis of “quotas by gender”.

“Democracy is equal rights, equal opportunities. And not to incompetent people put into positions where they are dependent on people’s lives or well-being of society. Ignore competence in favor of any other of the properties leads to lower quality work. In Soviet times, we’ve been over this, “bourgeois specialists” were replaced by party cadres. Ideology should not intervene in science, otherwise science will become the servant of ideology, will cease to be a science”, — concluded the scientist.

Leading researcher at Sternberg astronomical Institute Sergey Popov said that at international conferences in astrophysics are often visible negative consequences of the desire to eliminate traditional for many regions the preponderance of men among the speakers.

“The fact that, although the situation is improving, but it happens gradually, which is natural, since in the short term, new strong and, importantly, experienced scientists do not just appear. However, the aspiration in that whatever was “right here and right now” to reduce the proportion of speakers-men at least 50% rests in the absence of a sufficient number of quality alternatives (of course they are, especially in astrophysics, but is not enough because they are selling like hot cakes). This is manifested in the fact that sometimes you can hear plenary report makes almost graduate student, which, with all its high scientific potential, just lack the experience and knowledge to perform the tasks”, — said Popov.

In turn, the co-author of the IPCC reports on global warming, head of the laboratory of Institute of Oceanology named after P. P. Shirshov of RAS Sergey Gulev noticed that in the early and mid 1990-ies in Germany, this problem is not exactly stood.

“Then in the 2000s became more active discussion of the balance between male and female, began to demand that in every ad about the position opening was the phrase about ‘equal opportunity’. I think that in most cases, scientists themselves have no problems with this, simply because applications from non-white communities significantly less than that of the white in those areas. Then everything goes more or less honest, with women there are no problems,” he added.

In the 2000s, however, the trend in the EU has changed. According to Holevo, scientists themselves perceive it with humor. It also does not exclude acute “racist themes” in European universities and research institutions on the background of the events in the United States.

“As for Russia, it is generally not a problem until, at least, both in terms of gender and race. In the future, anything is possible, of course, savagery is no limit, — said Gulev. — We have, for example, ioras black as there is no problem, but girls have a lot, they lowered the probes, and bottom samplers run, and winch stand, and diving operations perform better than men, and the numerical scheme do and cheats thread — for sure better. This way does not fit with the fact that in the 1970s, when I was in school, girls on Oceanography did not take at MSU.”

President, Russian American science Association RASA-USA, Professor at the University of North Carolina Alexander Kabanov said that he is “far-fetched and exaggerated”, as a response to what is happening in the U.S. “cultural revolution”.

“In all the near me scientific space there is no “stigma” against those, “who is not fighting for racial and gender equality”, I do not see, — he stated. In practice in the United States in science and education we strive to create a diversified environment is not only to redress inequalities, but also to achieve a more successful and creative balance. The inclusion of different groups is primarily based on a meritocratic approach. I know of no cases when the position of, say, the Professor is more talented and strong white men appoint a woman or of another race. I know, unfortunately, the opposite cases. And we are trying to avoid”.

By contrast, in Russia, in the opinion of many people, the problem of gender inequality is quite acute.

“I know many Russian women scientists. But among, for example, elected members ran quite a few. Remember in the Council for science and technology center, we noticed that among the 22 members, only two women. And tried to fix, actively nominated women candidates and were glad in the new convocation of the Council (stopped already work in connection with the reform of the Ministry) women made up more than a third. This was a typical Western approach. Unfortunately, Russia lags behind the West in this regard. This is manifested also in the fact how easily, and often not realizing in this report, Russia has used derogatory racial and gender stereotypes, make a statement openly sexist and racial in nature, especially in connection with events in the USA”, — concluded the scientist.

Doctor of philological Sciences, Professor of Economics Hasan Huseynov drew attention that in the US is “white” is the discipline of Russian studies and General Slavistics. Once he watched two conferences in parallel and was struck by the contrast: on one side were people of all skin colors and shape of the eyes, on the other — white people.

“But before closing these disciplines in America, I think, will start asking why this is so, why there is such racial bias, and it is very evident at the international Congress on Slavic studies in USA and in the UK, he believes. Therefore, to say that races do not exist, correct from a scientific point of view, but within the social Sciences and Humanities is a premature judgment, because the movement for racial equality now suddenly sets a new segregation. Humans can be the same, but culturally and historically burdened by something that you have to learn, whether we like it or not like it. In other words, there are social structural inequality, and it must be overcome by appealing to a race not as a biological but as a social entity, how to construct in their heads”.