There was a time when any money was big, even the smallest. This is not an allegory — the history knows plenty of examples where in order to go shopping, had to hire movers. Looked like money in different countries at different times, and it is comfortable, modern coins and bills? 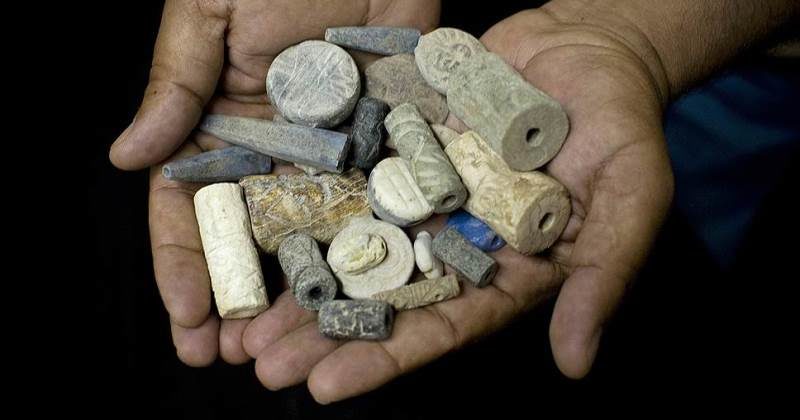 According to the official historians, the first money appeared not later than 4.5 thousand years ago. The oldest money known to scientists today, were the bars of silver that were used for the calculations in Mesopotamia. Products had the same length, diameter and weight, carefully monitored during production and at the time of the transaction. Accounting in those days was carried out on clay tablets, so the retailers and the financial sector had to be physically strong. 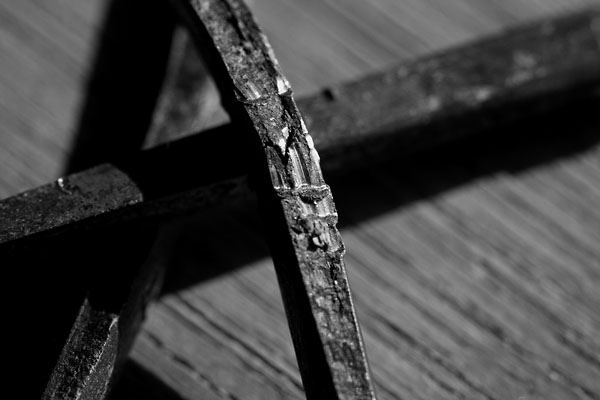 Same rods, but the iron used in the calculation of the Spartans. As a monetary unit was used 6 rods, that could take a grown man in a handful of, in Greek “drachma”. Modern monetary unit of Greece, by the way, inherited the ancient name.

2. Shell is the most common currency

China for several thousand years of its history, used as money various things. Perhaps it is in China appeared first coins — the Chinese loved the money, and showed considerable imagination in their manufacture. Known for round, square, polygonal coins, money, with a hole in the middle, in the shape of small knives and even bells. 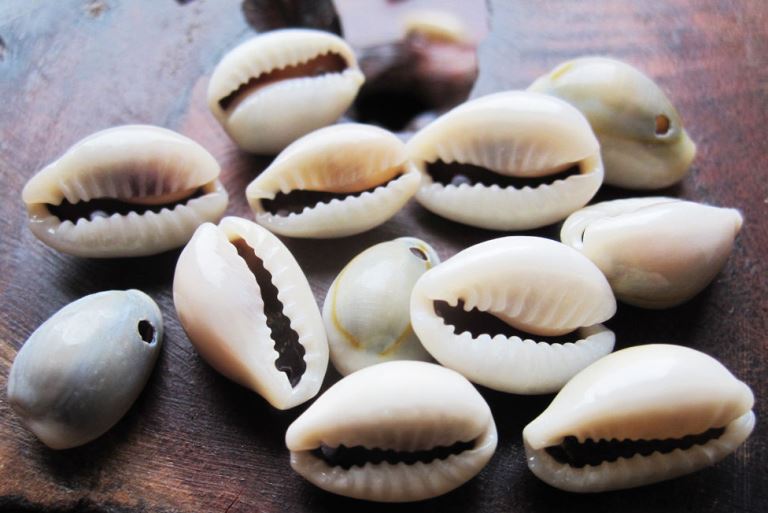 But the most unusual Chinese money can be considered a clam-shell ceprei or cowries used 3.5 thousand years ago. At the time the decision was perfect — Kauri it was impossible to forge, and weighed the money quite a bit. Generally, the money from the sea went by many peoples, for example, the Kauri was in Vogue in South India in 1900.

Food in the ancient world was always in demand — war, natural disasters and crop failures led to the fact that even with gold, it was possible to die of hunger. That is why ancient Egyptians came to question the most pragmatic, starting with the use as money grain: rye or wheat. 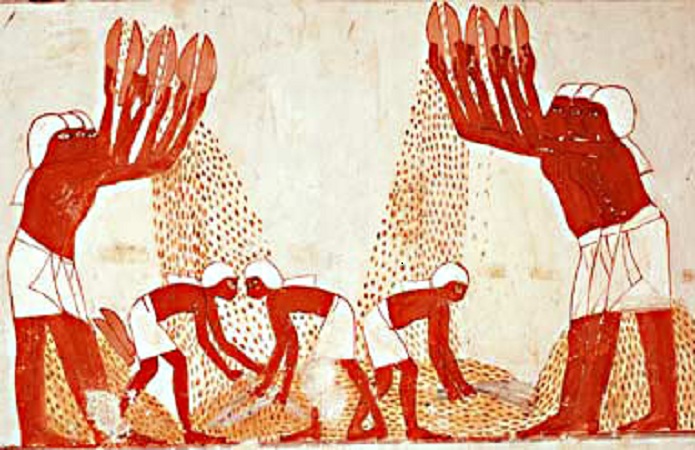 This method of calculation was so comfortable that in large cities, there was cereal banks where you can take the grain to storage, and if necessary to take. Banks gave receipts on parchment and papyrus, which could replace the credit card when trips to market.

Salt at all times was valued extremely highly. This product not only made the food taste and helped to make reserves, but also used for ritual purposes. Therefore, it is not surprising that in some places of the planet Sol guessed to use as money. 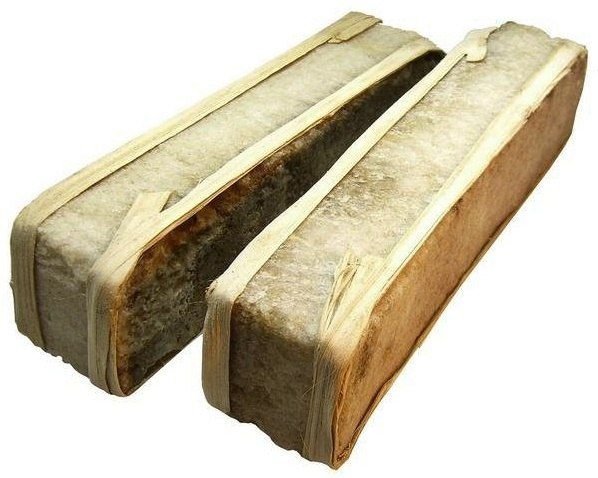 In Ethiopia, salt was considered more valuable than gold, and can be exchanged for anything, including the bride. Calculated salt bars also in medieval Europe and in Ancient Russia.

Rings of iron, copper and precious metals used in West Africa as money relatively recently — in 1948. If iron and copper were used to pay for food, equipment and services, gold silver rings were used only during the purchase of slaves and the ransom of prisoners. 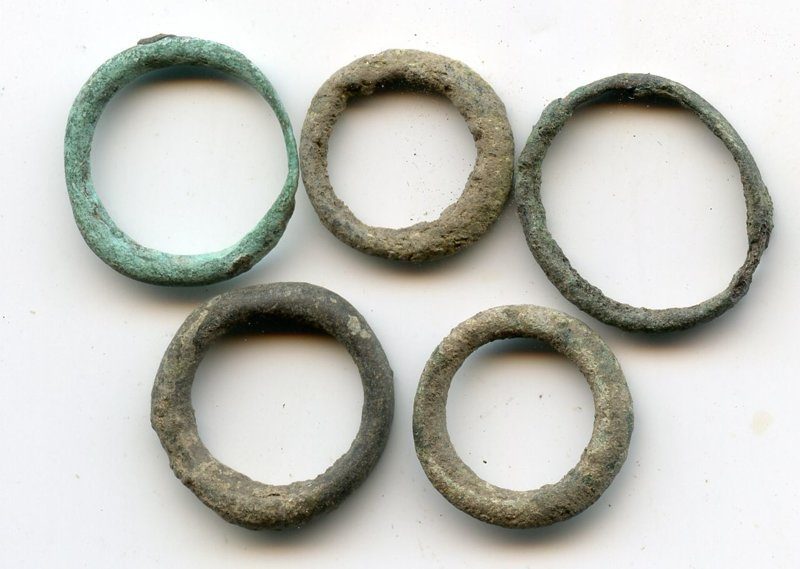 Small feathers of tropical birds are widely used as coins from the natives who inhabited the Solomon Islands. Not to lose easy currency, glued or tied into bundles and ribbons. For the feathers you could buy a canoe or a spear, and, if necessary, to pay them with the bride’s family as dowry. 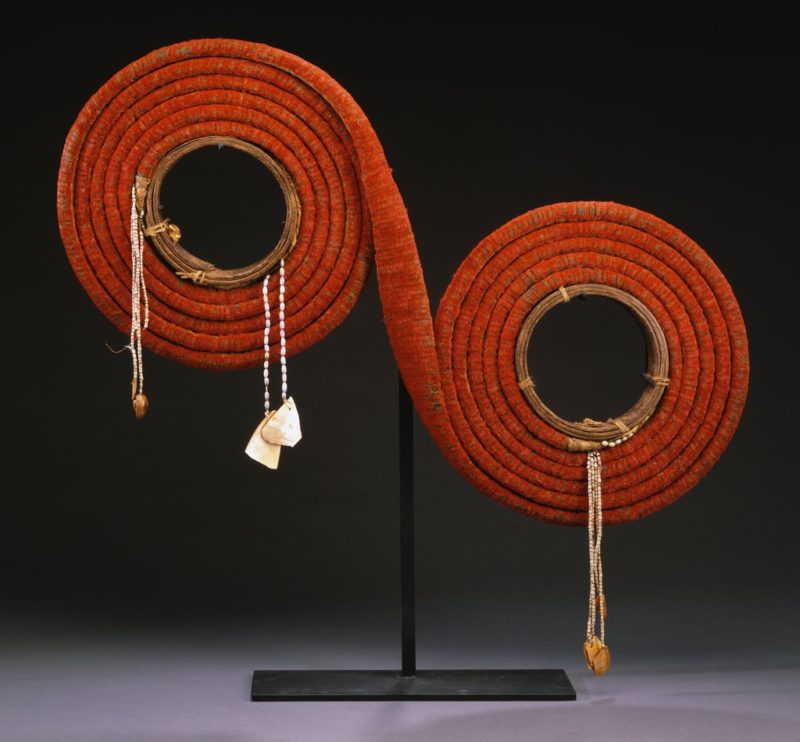 Rich, the islanders went shopping with whole reels of feathers woven into a durable tape. The money, Tawau, was in Vogue on the Islands of Santa Cruz in the mid XX century.

Pressed into bricks or briquettes round the tea leaves went in ancient times as money in India, several regions of China and Tibet. To prevent forgery, the surface embossing technique was applied to various signs and emblems. 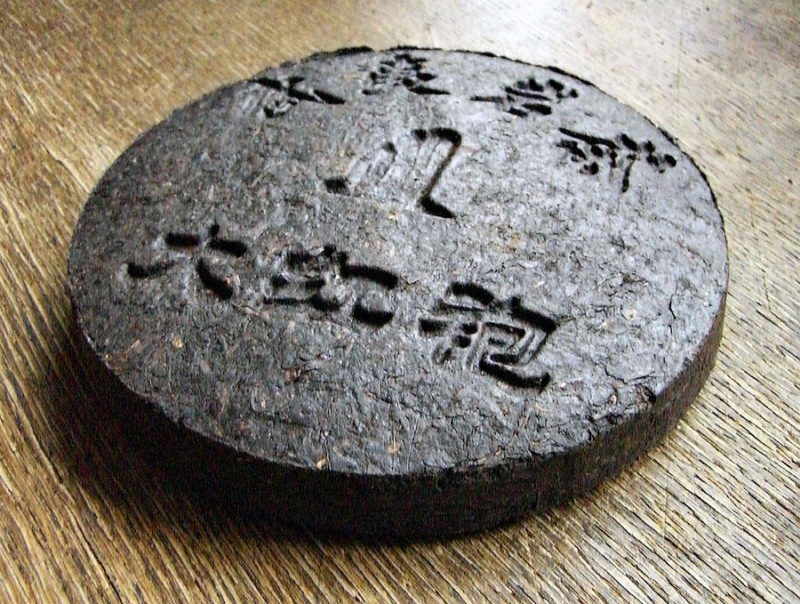 The archipelago of Micronesia consists of many small volcanic Islands scattered in one of the most remote corners of the Pacific. But on small Islands once walked a lot of money! Coins Micronesian hewed from volcanic tuff in the form of burrs of different sizes. 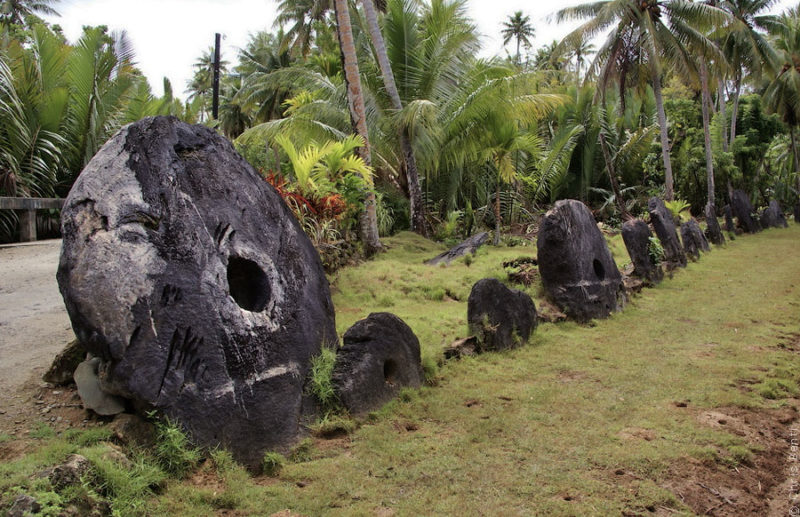 On the island of YAP, the money can be seen today — they have always attracted tourists, which has managed to get this far. The large coins, called here the “Rai”, weight up to 5 tons, and the smallest is safely placed on the palm.