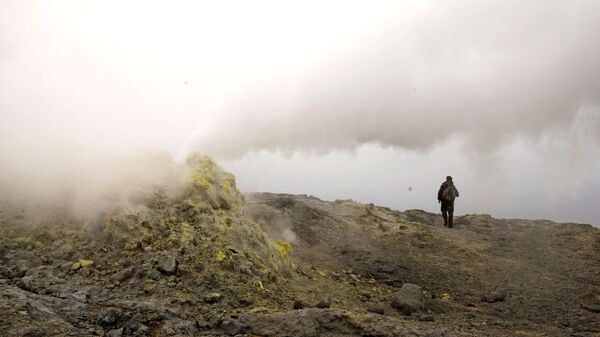 Russian scientists from the Siberian Federal University have developed a new type of sorbent for collecting rare metals from ash and volcanic deposits. It is made on the basis of vikramasila from rice husks. The study is published in the journals Analytical Methods and Separation Science and Technology.

Rare earth elements (REE) or rare earth widely used in the manufacture of modern electronics, lasers, SuperMagnets, electric vehicles, superconductors, metallurgy and medicine. In nature the rare earths are found in scattered form in the form of oxides, and this severely complicates their extraction on an industrial scale.

“The largest exporter of rare earth in our time is China, there are concentrated most of the world’s reserves. It is obvious that the development of the domestic industry, particularly metallurgy and aerospace industry, it is desirable to develop its own resources” — presented in a press release from SFU the words of one of the authors of the study Olga buyko, Junior researcher at the laboratory of physical chemistry of metallurgical processes and materials.

Currently, more attention is paid to alternative sources of rare earth elements, and one which lignites or “immature coals” — an intermediate product of the transition of peat to brown coal. After analyzing the composition of the lignites, the researchers found a considerable content of germanium and rare earths, and came to the conclusion that the ash after coal combustion can be successfully used to extract the REE content in the ash which reach several kilograms per ton.

With the filing of the co-authors of the research staff of the Institute of chemistry, far East branch Russian Academy of Sciences, had the idea to use as a sorbent, concentrating rare earth from fly ash, silica, in such unusual form, as bioclimates rice husk.

“Rice” the material is not inferior in its properties to conventional silicon oxide, and its production solves the problem of waste of food industry, which is very acute in several Asian countries. Rice husk decomposes too long and burn it, as the silica dust getting into the air, causes respiratory diseases.

Scientists have developed a layer-by-layer modified sorbents of different types for preconcentration of rare earth metals from the ash of the lignites, or from another alternative source of REE deposits of volcanic gas-liquid sources fumaroles.

“We sorbents were tested for two different materials: lignicolous ash obtained from “immature” coal, which is a fossilized wood is brown, and fumarole deposits near the volcano Curly Big Kuril ridge.

Lignite ash is a complex environment. Before you rate it percentage of rare earths and extract them to achieve concentrations of REE and separate them from related components, such as sodium, potassium, magnesium, calcium, barium and others. Our new sorbents do well with this task,” says Olga buyko.

Sorbent on the basis of the husk looks like a layer cake: biochemistry “cake” is covered with special organic reagent of carboxyesterase, which forms complexes with rare earth elements. This reagent will “stick” to the “cake” using a special “glue” of the polyamines.

Scientists say that using the biosorbent was able to achieve a concentration of at least 13 rare earth elements, including lanthanum, yttrium and scandium.

“By using new sorbents we have analyzed the lignite ash of the lignites and volcanic raw materials. Ash was the most promising matrix, since all organics have been removed in the combustion process, and rare earth easily “stretched” and are concentrated around the sorbent particles. As for the volcanic deposits, work has only just begun and will continue in the new model,” — explained Olga buyko.

The researchers emphasize the versatility and ease of use of the resulting product. The sorbent can be used in laboratories and production instrumentation for mass spectrometry and atomic emission spectrometry.