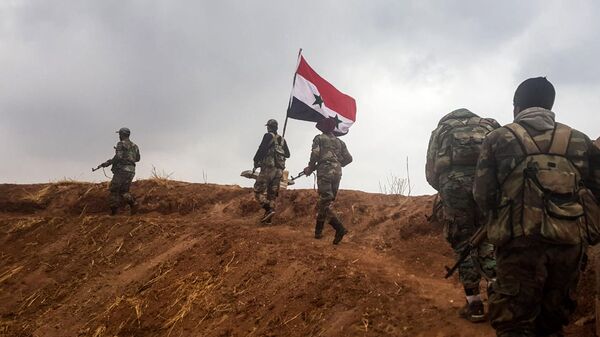 The closure of the humanitarian transition in North-West Syria is a threat to the lives of millions of people, said RIA Novosti on Monday the representative offices of international humanitarian organization “Doctors without borders” (MSF) in the middle East Ahmed Fadel.

In the framework of cross-border delivery of humanitarian aid to Syria previously used two border crossings on the border of Syria and Turkey – “Bab El-Hawa and Bab-es-Salam”. The mandate of this transmission has expired on Friday 10th of July. Later, the UN security Council adopted resolution Belgium and Germany, extending by one year the work of one checkpoint on the Syrian-Turkish border. Belgium and Germany originally insisted on keeping the two checkpoints, but in the final version agreed to the extension of only one checkpoint “Bab El-Hawa” – for one year (until July 10, 2021), as previously proposed by Russia. While Moscow is in favour of gradual collapsing of the mechanism of cross-border delivery of humanitarian aid, Syria and Russia claim that it should now be delivered via Damascus.

“Doctors without borders” do not participate in this cross-border mechanism, since we are not a partner of the UN, and our operations are conducted regardless of the resolution. At the same time closing one of the two crossings will provide increased pressure on the delivery of aid and have a negative impact on millions of people living in the region,” said Fadel.

Humanitarian organization believes that after the closure of one of the two cross-border crossings for the delivery of aid, the promotion of humanitarian access in Syria is essential for an adequate response to the ongoing crisis in health care in the country.

According to Fadhel, currently, the shortage of competent medical personnel is one of the main problems in the North-West of Syria, because the human resources in health care was very limited even before the pandemic coronavirus.

Due to the fact that the health sector is undermined by years of war and dire humanitarian situation on the ground in Syria is still very much needed human resources, since many doctors left the war-torn country, said Fadel.

“The fact that many cases COVID-19, confirmed in Idlib and the surrounding areas, are cases among the medical staff, only exacerbates the situation. With regard to personal protective equipment, ensuring supplies of protective equipment is a priority for medical staff. For example, we do not have enough in Idlib, so we come back to our call on reducing the supply constraints,” said Fadel.