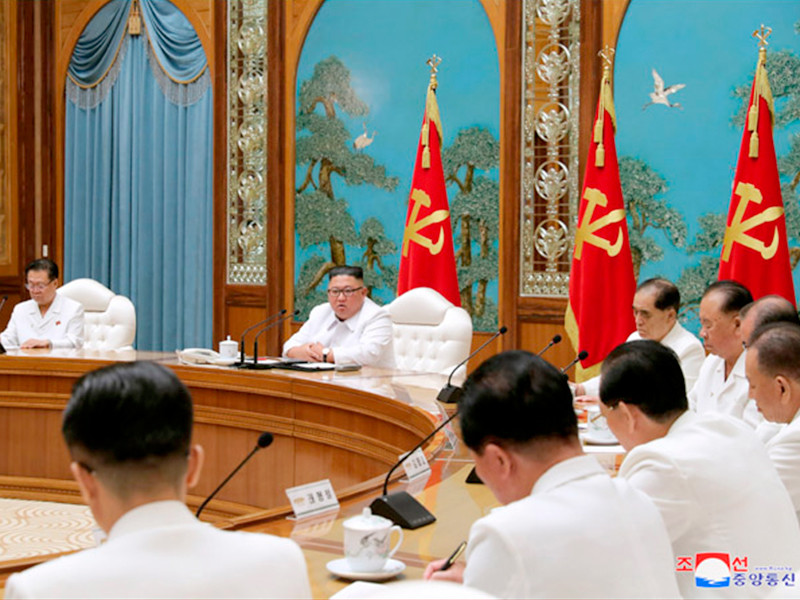 Politburo of the Central Committee of the ruling workers ‘ party of Korea held an emergency meeting on identification of signs of possible infection coronavirus infection in the city of Kaesong, reports “Interfax” with reference to the Central Telegraph Agency of Korea (KCNA). At the meeting, which was chaired by the leader of the DPRK Kim Jong-UN, it was decided to move from a “national emergency quarantine system” to “maximum emergency system.”

As reported, the man suspected COVID-19 illegally crossed the military demarcation line between South and North Korea on July 19. He identified the symptoms of the disease, but the results of the study uncertain, he was placed in strict quarantine. Reveals the circle in contact with him, subjected to a medical examination of everyone who was in the city in the last five days.

It is reported that people with suspected coronavirus crossed the demarcation line on Sunday, July 19.

Previously, North Korea reported that the country has not recorded cases COVID-19. However, since the end of January, the country has taken a number of measures to protect against the spread of coronavirus.

North Korea “has completely closed its borders, its airspace and the territorial sea and continues to strengthen the work to completely prevent the flow of the novel coronavirus”. On 7 July it was reported about strengthening of border control to prevent outbreaks.

“We take proactive counter measures, to strengthen supervision at the borders and along the coastline”, – reported in the article in the newspaper “Chosun mingzhu”.

The newspaper also noted that North Korea enforces strict rules on disinfection and burning of any items coming into the country by sea or air. Citizens are urged not to lose vigilance, stating that the main enemy of the anti-virus campaign is complacency and over-confidence.

Earlier, North Korean leader Kim Jong-UN stated that North Korea managed to prevent the spread of COVID-19 due to the leadership of the party Central Committee and the high awareness of citizens. He noted that it is necessary to continue to strengthen anti-epidemic work to “fully ensure the security of the state and welfare of the people.”