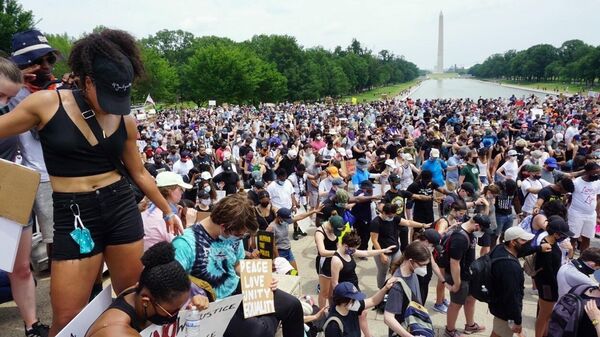 Alfia Enikeeva. In the next fifty years the world population will decrease, according to U.S. scientists. By the end of the century more than half of humanity will be an old man. These data contradict previous forecasts. RIA Novosti understood the problem.

In the mid-twentieth century on Earth there were about three billion people. In 1987 — five, 1999 — six in 2011 to seven. Based on these data, the United Nations Fund for population (UNFPA) predicted that by 2100 the world population will exceed ten billion, and probably closer to the 15 billion — in the case of increasing the birth rate. While this figure declined only in the 1950s, one woman had six children, in 2011-m — about two.

Anticipating the increase, the experts was based on the fact that mankind in General live better and longer lives. Australian scientists, after analyzing the statistics of the who and the UN, have confirmed this scenario. They noted that a number of people will continue to grow, even if most countries impose a policy of “one family — one child”.

Will not prevent growth, even global military conflict, which killed as many people as in the First and Second world wars combined. By 2100, the population would still increase to ten billion, stressed the authors.

According to American researchers, ten-billionth the turn of humanity will reach even earlier — in 2053-m. However, rapid breakthrough to occur in the third world countries, but in developed countries population, on the contrary, significantly reduced. So, Japan will lose 24.7 million citizens, Europe — 12, Russia — to 7.9. The number of the population of Africa will double to 2.5 billion.

According to researchers from the University of Adelaide, in the near future people will face a global shortage of water and food. Overpopulation threatens serious climate change.

The first more cautious, appeared in 2014. an international team of scientists, based on UN data collected prior to 2012, came to the conclusion that the population of the Earth by 2100-th are unlikely to exceed $ 12 billion. Most likely, more than 9.9 billion will not work. The main increase will provide the African continent. However, even older there will be more, and young and healthy — less.

Now, researchers are talking about a possible reduction of the population in the next century. According to a recent work of American experts, this number will continue to grow only until 2064 th, then due to the mass availability of higher education and contraception will decline. At the time of the peak on the planet will be 9.7 billion people, but by 2100-th — 8.8, just a billion more than today. The share of people over 80 will increase by almost six times.

These findings — the result of studying data on fertility, and cohort fertility of women. That is about the average number of children born to mothers who have not attained a certain age, in this case, fifty years.

Just the used data on women living in 195 countries. Based on this, scientists have calculated that by the end of this century in 183 States the light will be fewer children than is necessary for reproduction.

Maximum losses in Japan, Italy, Spain, Thailand and South Korea — where the population is reduced by half. In Russia, up to 106 million. Problems arise even in China: by the year 2100, the country will only 732 million. The birth rate will fall and in Africa. In Niger today, one woman has seven children, by the end of the century this figure will drop to 1.8.

To attract young and educated

Discreet if the forecast comes true, it will disappear by themselves, problems with the lack of drinking water and food, the inevitable overpopulation of the planet. At the same time, a high proportion of the elderly population will probably require a rebuild of the current political and economic system. They will not be able to effectively address the challenges facing the rapidly aging society, warn the authors.

One possible solution experts call an open migration policy of the developed countries. According to the staff of the International Institute for applied systems analysis, productively all with a similar call can handle the model adopted in Canada and Sweden — involving a large number of well-educated and able-bodied migrants. This option, for example, will solve the problem of an aging European population.