Pierre Beaumarchais once said that stupidity and vanity always go hand in hand. The St Barbara Church in the Ukrainian city of Pervomaisk are now doomed to witness the confirmation of the words of the great French playwright during each visit to the temple. 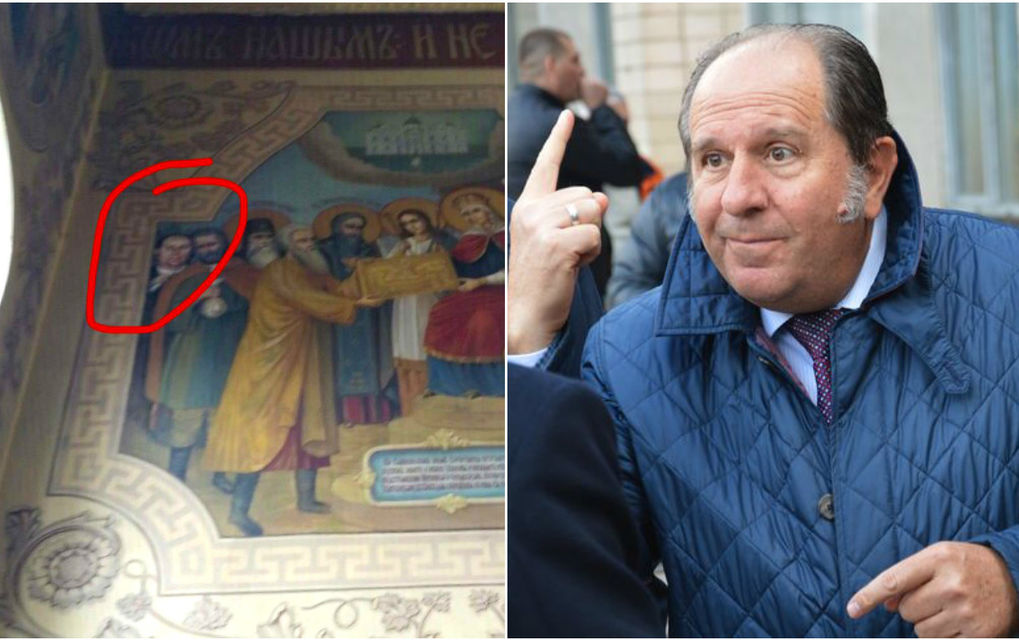 If the longshoremen did not exist before his patron in heaven now, most likely, they have appeared. How else to explain the appearance of the fresco in one of the temples of Pervomaisk, the former Director of the Nikolaev seaport Vasily Kapatsina? 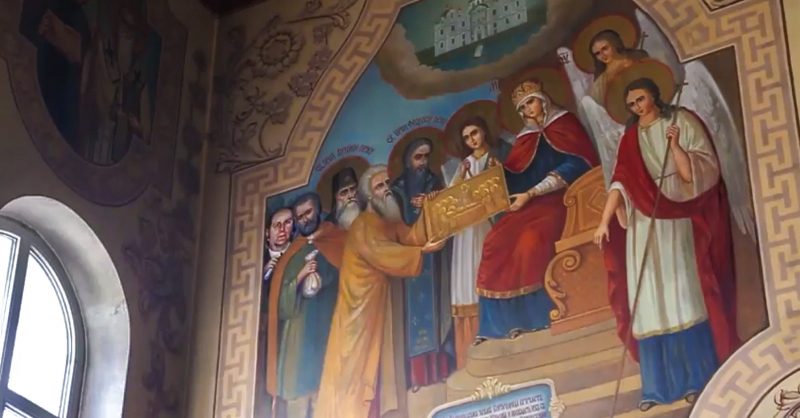 Well-fed and the sorrowful face of official perched in the corner of the composition, over the shoulder of a handsome man. The company Monsieur the Kapatsina made several apostles and saints of lower rank, came on some business to the virgin Mary. The composition is completed by two bored armed Archangel, with the impression that the port Director is not too wants to get in their way.

Pan Kapatsina also came to the Mother of God not with empty hands — the fingers of a chubby Desk worker squeezed a small scroll. It is possible that the former head of one of the largest ports of Ukraine decided to bring the “envelope” or appeared to receive the denunciation, according to the old Committee the habit. The Union Vasily Nikolaevich has held positions not just anywhere, but in the KGB Department in charge of the sea gate power. 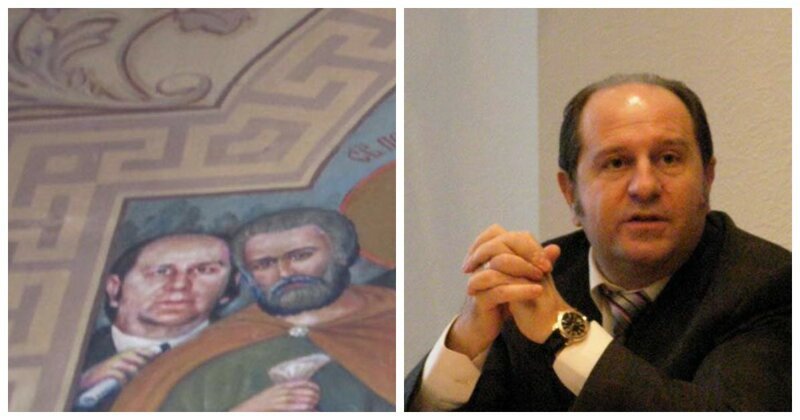 As was in such a good company functionary involved in corruption scandals and criminal okolorotova disassembly? As it turned out, Vasily Kapatsina, to all their else, is a philanthropist and regularly made from his modest salary of a public servant the coin in the temple. 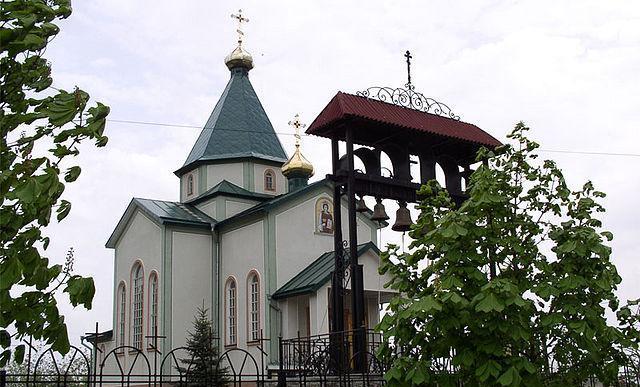 Reward Vasily Nikolayevich said original way, the normal to the XV-XVII centuries, but exotic in the age of the atom, the Internet, and the anti-corruption court. Modesty adorns a man, especially of a statesman of such rank, so Vasily Nikolaevich yet depicted on the wall of the Church at home — without a halo and Reese.

After pictures of the wonderful murals appeared on the Internet, users of social networks began to actively discuss a remarkable phenomenon of Mr. Kapatsina mother of God. Opinions were divided — some were actively jealous of immortalized when the life of the Church sponsor, and reviled him, while others defended the officer and demanded to leave him alone. 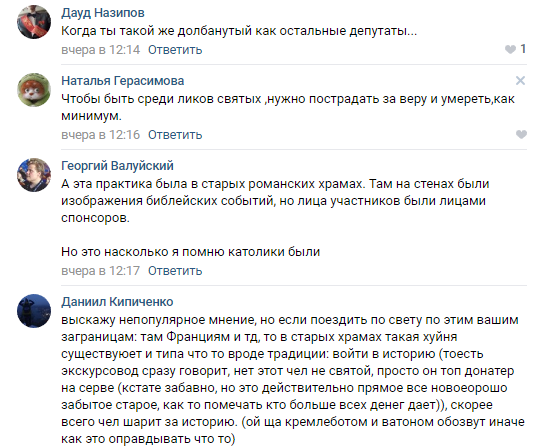 There was the philanthropist and patron of higher rank — that’s how commented Alex Shpakov, the Bishop Voznesensky and may day the Ukrainian Orthodox Church:

“We need to say that you need to have faith in God and know the tradition of the Church. Because the charge that alleged image of the back of the Saint is… Well, first, this image with no halo, and no signature, whose is this image. And according to Church tradition, those who built the Church benefactors – they are displayed on the walls, but not in the form of the saints, of course. Even in the Kiev-Pechersk Lavra, where the cathedrals are depicted many people, emperors, those are not even among the saints, but still they are present there. The icon shows a lot of people that we don’t know, and they just are a living history of the Church, which is depicted on the walls of the Church. And then there is no canonical violation.”

It’s hard not to agree that even if the emperors were depicted on the frescoes, Vasily Nikolaevich and certainly there is the place.