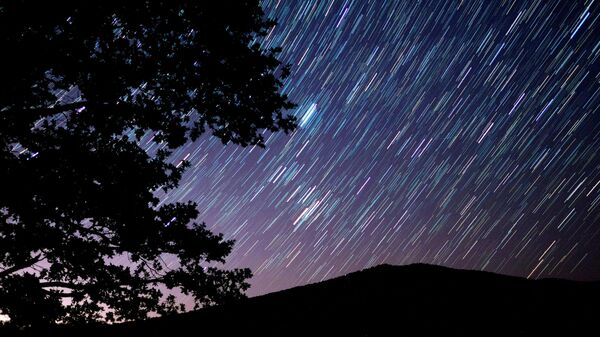 Meteor shower, the Southern Delta Aquarids will peak on July 28, a few days on the sky can be observed about 16 meteors per hour, but to see them you must be the most patient, told RIA Novosti the scientific Director of Moscow planetarium Faina Rublev.

“It’s not very intense, fairly weak stream. To observe it, it takes time and patience … people uninitiated think that’s definitely abundantly bright stars fall from the sky. But it is not, in the forehead we will not see them, the best peripheral vision to observe here, too, need some skill,” said Rublev.

According to her, now is not the best time to watch meteor showers – the weather is too changeable, and the Moon is in the phase close to new moon. Those who are still going to try to find in the night sky “shooting stars”, the scientific Director is advised to go out of town somewhere where there is “civilization”. Electric light settlements creates flare spoils the observation of astronomical events.

“Watch best if it is in the evening, in the East side. The sun goes to the West, and there is still a long time after sunset glow, we say it’s evening glow. But in the East side already quite dark, and more dark sky here such phenomena to observe,” said Rublev.

She also said that the stream of Delta-Aquarids allegedly caused by comet fragments 96Р of Machalica 1, which revolves around the sun every five years. Radiant, that is the point from which the meteors would appear in the night sky located in the constellation of Aquarius.

In addition, Rublev reminded that meteor showers, which in common parlance is called a “meteor” and “star rain”, no relation to the real stars do not have.

“Sometimes the intensity of a stream becomes so great that night and see the hundreds of flashes. And for some time if it were falling stars, they would already have all fallen, and no stars in the sky would not remain”, – she said.