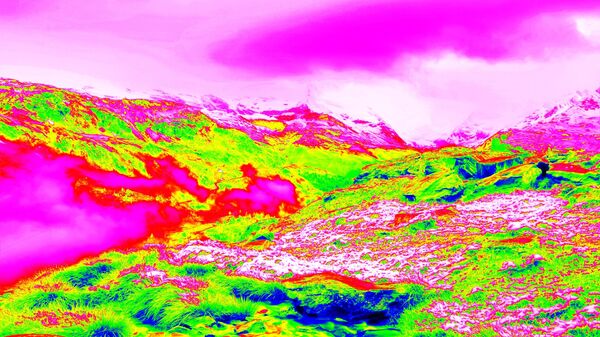 New production technology for infrared photodetector matrix has been developed by scientists of the competence Center STI “Sensation” at the National research University “MIET” (NRU MIET), reported the press service of the University. According to experts of the University, this technology will allow cameras to “see” in the infrared range like mosquitoes, some species of fish and snakes.

This feature of view allows its holders to hunt successfully in the dark or in the cold reservoirs: warm-blooded prey looks contrasting against the cooler background. Camera with such image sensors available will be able to distinguish objects in fog, dusty conditions and even behind opaque obstacles, is spoken in the message of the University.

According to the authors, the world is now a widespread technology for the production of matrices based on silicon, but it has less features than the fabrication of photodetectors based on heterogeneous land mass of compounds indium-Galiy-arsenic (InGaAs) on a substrate of indium phosphide.

“Heterostructure is a series of thin layers that are grown one after the other. Of these layers is the substrate itself. On this substrate, forms a matrix resolution 516 x 625 pixels, the size of one pixel is less than 20 microns”, — said the Professor of quantum physics and nanoelectronics of national research UNIVERSITY MIET Mr egorkin.

According to him, created by the detector operates in the spectral range 0.9-1.7 microns. One of the important advantages of the application of detectors in the infrared range is that in comparison with the visible part of the spectrum of Rayleigh scattering (scattering without change of wavelength) in the long wavelength part of the spectrum is much smaller. Therefore, the cameras operating in the shortwave infrared range, can see through dust or fog much better than cameras operating in the visible range.

Also the developers said that the new technology allows producers of Russia stand in one row with world leaders in the field of development and creation of the IR photodetector matrices and produce camera ANDANTA, FPA640x512-TE2, Xenics, XSW-640.

In addition to problems of night vision devices on the basis of photodetectors of the near and shortwave IR bands are widely used. They are used for failure analysis in microelectronic and semiconductor industry non-invasive optical coherence tomography in medicine and other tasks.

A large part of optical materials such as Windows, sinks, lenses, or different coatings, work in the infrared range of wavelengths, which allows to use these items when designing devices, significantly reducing their ultimate cost.

In the future, new technology will be offered to Russian microelectronic enterprises, which have available equipment to work with wide bandgap semiconductor materials, said Pro-rector on scientific work of national research UNIVERSITY MIET, Director of the competence Center STI “Sensor” Sergey Gavrilov.

Gavrilov also said that in the near future in the framework of the competence Center STI “Sensor” expected to develop the technology fit constructed matrices multiplexer package on the device by the method of the inverted chip (“flip-chip”) or landing on a matrix of contacts “barrow” (balls or solder columns) of the crystal.