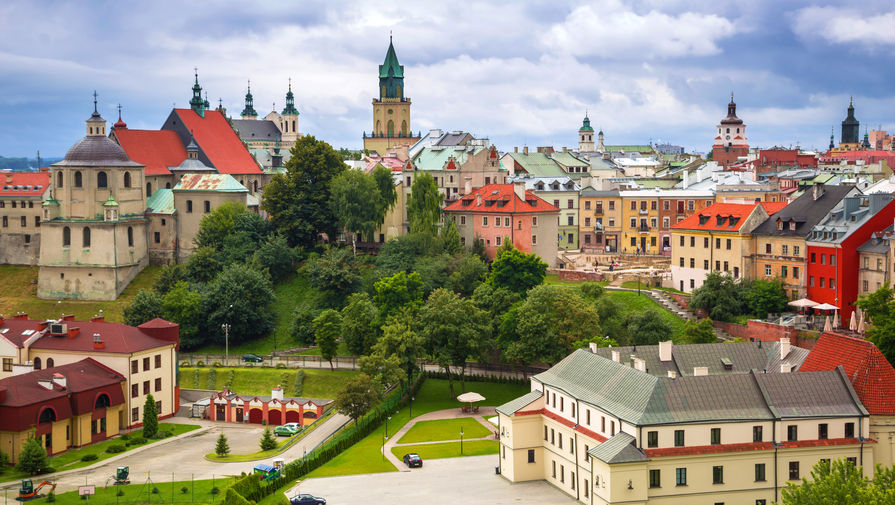 Poland, Lithuania and Ukraine unite the Union “Lublin triangle”, which by its nature has an obvious anti-Russian orientation. For a full revival of the Commonwealth in the triangle lacks only Belarus and her involvement in the Union will clearly be one of the key foreign political targets for newfound allies.

Symbolic for poles in Lublin, where almost 500 years ago was created the Polish-Lithuanian Commonwealth, launched a new integration project for countries in Eastern Europe. In this city on Tuesday, July 28, the foreign Ministers of the three countries — Poland, Ukraine and Lithuania — announced the creation of the “Lublin triangle”.

This Association, as noted by diplomats, aimed at developing cooperation in the spheres of security, economy, trade, investment, infrastructure, tourism and “all that are able more deeply to unite the country and make Europe stronger.”

“A new tripartite format is based on traditions and historical ties between the three countries, leaving in depth of centuries. It is an important mechanism for strengthening Central Europe and promote European and Euro-Atlantic integration of Ukraine”, — said the Ukrainian foreign Ministry.

Introducing the new Union Ministers of the three States spoke openly about his anti-Russian.

The statement of the participants of the meeting said that a separate activity will be “countering Russian disinformation” and “protection of international law in the context of the ongoing Russian aggression against Ukraine.”

An important role in the work of the Association will play a counter-construction of the Russian gas pipeline “Nord stream — 2”. As noted by the foreign Ministers of Poland and Ukraine Dmitry Kuleba and Jacek Czaputowicz, members of the “Lublin triangle” you see in the project “a threat to energy security across Europe”, so will do everything “to prevent its implementation.”

As noted Kuleba created the format will remain a lip service on paper, and its participants will actively to fill it with content. To show that it is possible, the Ukrainian Minister cited the example of the Lithuanian-Polish-Ukrainian brigade (LITPOLUKRBRIG) — established in 2009 military Association, “a full-fledged NATO brigade” of the officers of the three countries. “She will be able to perform the most complex tasks in support of peace and security,” — said Kuleba.

Based on the statements of foreign Ministers of the three States, it is safe to say that the idea of creating a buffer on the Western borders of Russia finally formalized.

In “Lublin triangle” is also easy to see the legacy of the main Polish geopolitical concept of Intermarum — led Warsaw Federation that was to include Ukraine, Moldova, Belarus and the Baltic countries.

This idea promoted the “father of the Polish nation” – Jozef Pilsudski, but even after the Second world war she continued to live.

A Polish immigrant yuliush Milosevski in 1974 he published have become classics of the local political thoughts article “the Polish complex of Russia territory and GLA” in which he wrote: “Died in us imperialist tendencies, whether the historical Russian “Polish complex” is groundless? I don’t think. Many poles dream of living not only of Polish Lviv and Vilnius, and even about Polish Minsk and Kiev. Many believe the ideal of an independent Poland in Federation with Lithuania, Ukraine and Belarus, in other words, an alternative to Russian imperialism can only be Polish imperialism, and has always been so.”

That Poland was the main lobbyist of the European integration of Ukraine, Moldova, Georgia and other post-Soviet countries. Unlike Turkey, which is pursuing a similar policy on the ruins of the former USSR in the Caucasus and Central Asia, Poland has had a significant advantage — a real EU membership.

The next stage of implementation of the concept of Intermarum and create a new Commonwealth sees the invitation to “Lublin triangle” of Belarus.

By the way, this development has already hinted the head of the Ukrainian foreign Ministry.

According to Kuleba, the Association will work to attract “those countries that need closer contacts with the West, with pan-European structures”. “My colleagues and will help our friends and our neighbors to actively cooperate in this sphere”, — he said.

Directly Ukrainian Minister did not call Minsk, but he used the wording to give a clear figure about whom exactly there is a speech.

The prospect of inclusion of Belarus into the Union “new Commonwealth” does not seem so ghostly, especially given the kind of foreign policy in recent years pursued Minsk.

Since 2014 Belarus actively restores relations with Poland, EU and USA. Not so long ago in Washington even took the decision to restore relations with Minsk at the level of ambassadors.

And the participation of Belarus in the individual regional associations can not cause issues. For example, in September last year, the Polish national security Bureau announced the launch of a new international format Quadu (“Four”), which will unite the USA, Poland, Ukraine and Belarus at the security line.

The obvious alternative to unification with the “Lublin triangle” Minsk seems to be in-depth integration within the Union state with Russia.

But now, on the eve of presidential elections in the country it is obvious that among the eligible voting candidates there is no one who would support the idea of strengthening ties with Moscow.

So, one of the systemic opposition Anna Konopacka as a member of Parliament called for the withdrawal from the Union state and had even disseminated relevant petition. The main opposition candidate from the “sistemschikov” Svetlana Tikhanovski in a recent interview also spoke out against integration with Russia.

As for Alexander Lukashenko, for it speaks eloquently of its validity. Despite their proclaimed willingness to integrate the Belarusian President has repeatedly thwarted deadlines of the signing of the road maps for the integration.

However, nothing surprising in this. According to the official historical narrative of the country, Belarus is the successor of the Polish state, the Grand Duchy of Lithuania — one of the key historical rivals of the Moscow Principality. Given this cultural context, the sympathies of Belarusian politicians and their foreign policy orientation becomes evident and predictable.