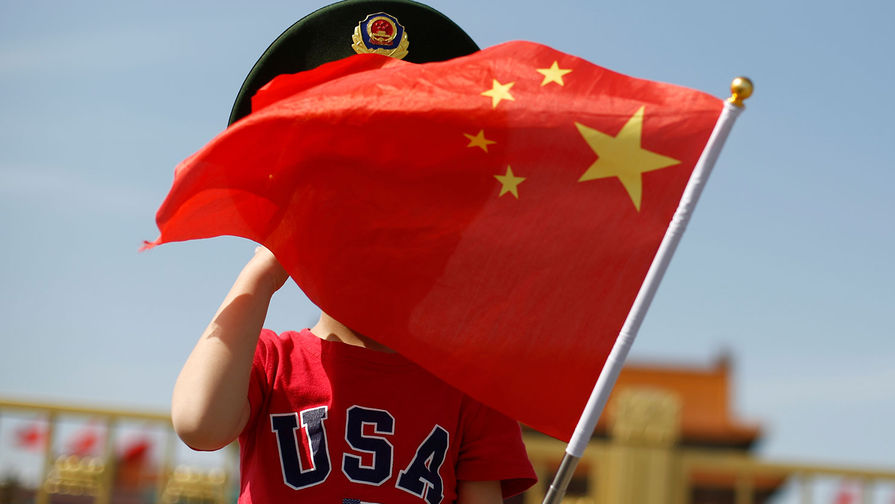 China is actively trying to recruit allies in the Asia-Pacific region to his side, the media are writing. The main focus of Beijing is doing on the neighboring countries of the Association of South-East Asia, trying to prevent the emergence of a hostile coalition from their shores. The United States are more extensive and are going to place hypersonic weapons in Australia, Canberra by creating a United front to deter China.

China is trying to strengthen relations with its neighbours in the Asia-Pacific region against the US desire to bring together an international anti-China coalition. According to the newspaper South China Morning Post, the focus on China makes the members of the Association of Southeast Asian Nations (ASEAN), to which Washington manifests great interest.

First of all we are talking about Vietnam, Singapore, Thailand and the Philippines, as it is with them, the United States has stepped up cooperation in recent years. Bangkok and Manila are longtime allies of Washington in the region, Singapore is among the reliable partners of the United States in the security sphere, and Hanoi as a competitor to Beijing in the South China sea supports the criticism of the American side against China.

China provides the States with the recovery of the economy after the pandemic coronavirus, the continuation of economic cooperation and in General their support in the region to lure them to his side.

While the ASEAN countries in the first half of 2020 to become the largest trading partner of the PRC — the trade turnover between them increased by 5.6% to $299 billion, in particular, the Chinese exports increased by 3.4% to $164 billion.

As noted by the South China Morning Post, Chinese authorities recently increased the number of contacts with the countries of the region — foreign Minister Wang Yi held talks with his counterparts from Vietnam and the Philippines, and the President of China XI Jinping talked with the leaders of Thailand and Singapore.

In turn, the United States tried to put pressure on Beijing through the situation in the South China sea where a territorial dispute with China involved Brunei, Vietnam, Malaysia and the Philippines. Washington has accused China of the systematic violation of international law, citing the example of the creation of artificial Islands in the disputed archipelagos to the militarization of the territory and gain control over the South China sea.

His criticism of the United States supported a series of military exercises in the region.

For the first time in six years involved in the maneuvers of the two aircraft carrier Nimitz and Ronald Reagan, along with the strategic bomber B-52 Stratofortress. The us exercises were held almost simultaneously with the maneuvers of the Chinese, which caused strong protest from the PRC and generally increase the tension in the region.

At the junction of the two powers

The ASEAN countries are caught between two fires in the escalating confrontation between China and the United States, which can lead to open confrontation, at least in the South China sea. As they said “Газете.Ru” the head of the Center for Asia-Pacific studies, IMEMO ran Alexander LOMANOV, the rivalry of the parties in the region is extremely dangerous.

“China becoming more powerful militarily, and when the Americans are trying to influence Beijing’s pressure, the likelihood of misunderstandings and clashes are only increasing. Disputes on the South China sea need a jewelry solution, because Beijing considers these territories historically their”, — said the expert.

The situation is actually forcing the countries of the Asia-Pacific select side in anticipation of a possible conflict between the US and China, which is somewhat contrary to previous balanced policy. From the standpoint of the Director, China center for collaborative studies of the South China sea at the University Nanganga Zhu Feng,

dangerous shift is evidenced by the statement of the USA on the establishment of an anti-China coalition.

“The US is ready to follow a more confrontational approach in terms of risk of armed conflict, but also to participate directly in the dispute on the South China sea and expand its presence,” said Zhu Feng.

In cooperation with the member States of the Asia-Pacific region or ASEAN, the U.S. and China generally hold a rather similar rhetoric against each other. The parties are trying to convince allies that they support the stability in the region, when their opponent is threatening its preservation.

If we consider the reaction of the representatives of the Association of South-East Asia such pressure, while any conclusions can be drawn only in relation to Vietnam and the Philippines. In case of a possible launch of the conflict between China and the United States, these countries could take the side of Washington, to achieve their goals in a territorial dispute in the South China sea.

According to the Professor of Institute of Asia-Pacific studies Chinese Academy of social Sciences Xu Lipina, Brunei and Malaysia are more likely to remain neutral in such a situation, despite their own claims in the region.

Regarding the rest of the ASEAN members, their position is not too clear, but they are concerned about the possible destruction of the balanced cooperation of both the United States and China.

“ASEAN is not interested in choosing sides in the confrontation between two major powers, strong pressure from the US may ultimately have a negative impact on the region”, — said Xu Liping.

While China increasingly pays attention to contacts with their closest neighbours, the United States carried out a more ambitious policy, trying to strengthen cooperation with all countries in the Asia Pacific region. Among the latest major steps of Washington it is worth noting the expansion of military cooperation with Canberra.

At the end of July the U.S. capital was visited by the Ministers of foreign Affairs and defence of Australia. In the course of negotiations the parties agreed to form a United front amid tensions with China.

The key point of the negotiations, the U.S. and Australia began discussions about the creation of hypersonic weapons on Australian territory, although Canberra has refused from American missiles, not to spoil economic cooperation with Beijing.

In a joint statement, the defense Ministers of the two countries noted that they discussed the expansion of operations in the city of Darwin in Northern Australia, where us Marines are deployed on a rotational basis in 2012. The Secretary of defense mark Esper pointed out that the allies have “full range of options and strategies”, which they intend to jointly implement in the future.

Thus, anti-Chinese coalition of Washington has already added at least one ally. In this list you can also include the UK and Japan. Probably on the US side can be European countries, while the EU is actively promoting a major investment agreement with China.

“Washington and Beijing have entered a phase of prolonged and exhausting confrontation. The United States has proclaimed that the era of engaging China is over — now begins the era of containment. It will be held for all conceivable borders”, — said Alexander LOMANOV.