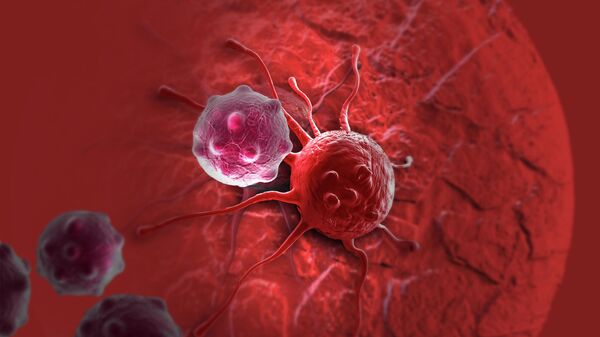 A group of scientists from Japan and Singapore have identified a new paradigm of development of gastric cancer associated with Epstein — Barr (EBV). The study is published in the portal EurekAlert.

Experts have found that the viral genome alters “epigenetic landscape” that contributes to the activation of genes that can become oncogenes due to mutations.

Scientists have conducted a comprehensive genomic analysis of three-dimensional structures in human cells and found abnormally activated region of the genome that is characteristic of EBV-positive gastric cancer.

In addition, the researchers infected the virus artificially cultured cells of the stomach. The result of EBV reproduced the abnormal activation of the “threat” of genes.

The experts came to the conclusion that almost ten percent of all cases of stomach cancer associated with Epstein — Barr. In their opinion, the results of the study can help in the creation of innovative methods of cancer treatment.