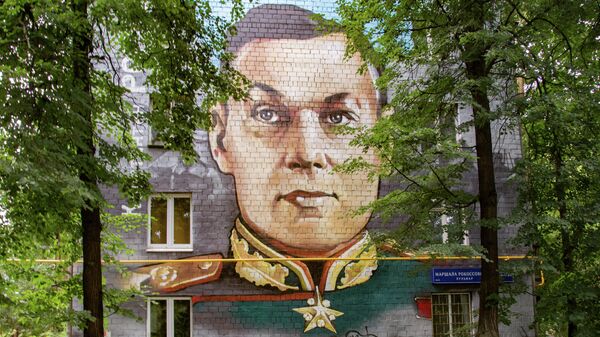 The sculpture of the Soviet and Polish Marshal Konstantin Rokossovsky was abducted memorial cemetery in Legnica in Western Poland, reports local portal fakty.lca.pl

“The incident occurred in the night from Wednesday to Thursday. Unknown stole from the municipal cemetery and the sculpture of Marshal Konstantin Rokossovsky”, – stated in the message. The sculpture was part of the open Museum, located in the cemetery of the red army.

Later, a headless sculpture was found on a street in Legnica. “The police found the stolen sculpture of Marshal Rokossovsky. Unfortunately, vandals managed to damage the figure. Managed to find only the torso. The head and the guilty continues to look for the police,” reports the portal.