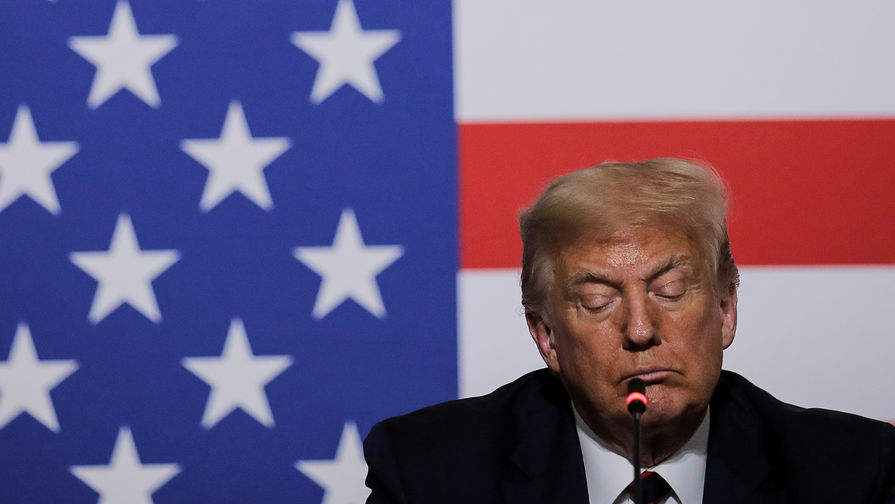 Donald trump explained his words about the possibility of postponing the elections of the President of the United States. According to the American leader, he does not want to postpone the event, but fears of fraud with voting by mail.

The US President Donald trump has said he does not want the postponement of elections of the head of state, scheduled for November. The White house explained its resonant post on Twitter during a briefing at the White house, but again criticized the vote by mail, reports TASS.

“I think I do not want to transfer. Let it pass in November, but three months to wait for their results to see that all the [sent by mail] ballots disappeared, and the elections null and void — I do not want”, — said the American leader.

According to trump, he is guided by “common sense,” and the postal voting will all happen exactly as he predicts.

Earlier on Twitter, Donald trump has offered to consider the option of postponing the elections because of the epidemic of the coronavirus. To vote by mail, he said, is not a clear way out. If the election in 2020 will be arranged so they may be “the dirtiest in history”.

“Everyone knows that. Smart people know this, stupid may not know and some people don’t want to talk about it, but know this,” he added later, speaking to the press.

Trump said that he wants an ordinary election, when people come to the polls, say your name and sign the sheet. If America is to vote by mail, it will be the “laughing stock of the whole world all know that it won’t work”.

Trump added that his tweet about the possibility of transfer is scheduled for November 3 election was intended to clarify the cons of remote voting by mail. He recalled that during the primaries this year was a “mess” — was lost “tens of thousands of ballots sent in the mail.”

He also quoted the headline from the Washington Post is an influential newspaper, regularly and sharply critical of trump about the missing ballots. “It’s not a lie, and the truth — although this is usually false media”, — said the President of the United States.

American experts have previously warned that, in reality, the postponement of elections almost impossible. It is prohibited by Federal election law, adopted in the mid-nineteenth century. According to him, voting at the election of the President of the United States held “on the Tuesday after the first Monday in November” — to change the law to a Republican, Trump needs the approval of the Democrats controlled the house of representatives and the Senate.

The cancellation of the election will not help — according to the 20th amendment to the Constitution of the United States, the powers of the President and Vice-President expire “at noon on 20 January” — four years after taking office.

According to recent reports, the United States identified about 4.4 million cases of infection, died of causes related COVID-19, more of 151.6 thousand people. Because of this, voting on sites is a big question.

In the U.S. Congress, neither the Republicans nor the Democrats do not support the idea to postpone the presidential election due to the coronavirus. The Republican leader Mitch McConnell said the election date is “carved in stone”. The speaker of the house of representatives Nancy Pelosi published an excerpt from the Constitution, which says that to change the election date can only be the Congress.

Moreover, the Senator-Democrat Kamala Harris noted that “trump is just scared because he knows that to lose Biden”.

July 19, Donald trump refused to answer in the affirmative to the question about whether he recognized any of the results of the upcoming presidential elections. In an interview with Fox News, the us leader said that he first need to “see” the results of the election.

July 10, trump said that his opponent in the presidential election of Democrat Joe Biden borrowed from him part of his electoral economic program, writes The Washington Times. “This is plagiarism, he took it from me. But he will never be able to do it. He likes to plagiarize. This is a very radical left plan, but he says the right things, because it copies what I did,” said trump. He added that Biden will not be able to implement the “stolen” items, and he understands this.