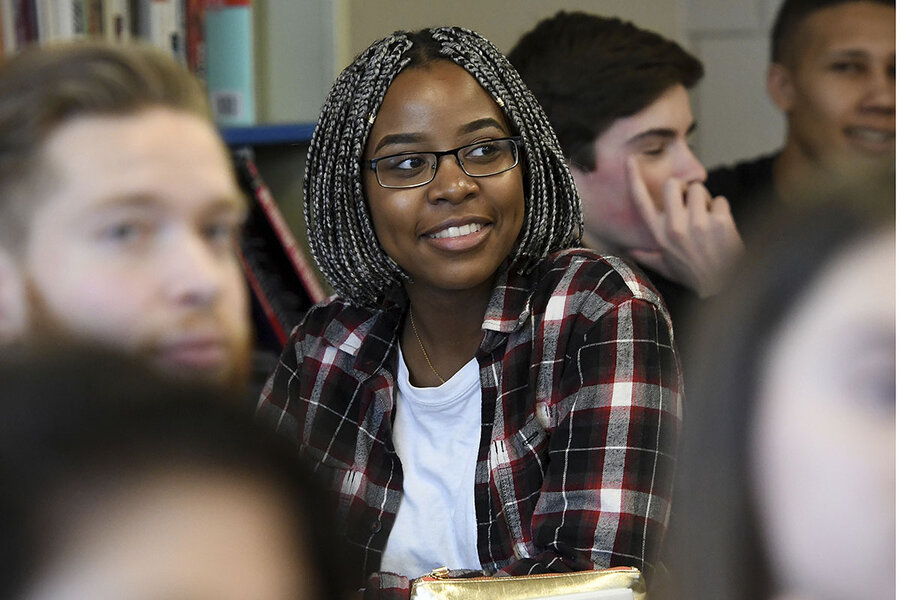 “We don’t want cultural awareness once a year for 28 days,” says Anthony Beckford, a community organizer in New York City who spearheaded the petition. “It should be a year-in, year-out endeavor.”

Educators from across the country have joined the Black Lives Matter at School organization calling for an increase in Black history and ethnic studies instruction. And organizations such as New America have released reports showing the importance of “culturally responsive” teaching for students’ educational outcomes.

“Black history shouldn’t be – and it doesn’t need to be – taught in a vacuum,” says Steve Becton, chief officer for equity and inclusion at Facing History and Ourselves, an organization that offers classroom and professional resources for educators with the goal of using history to help students’ ethical development. “It can be taught around the larger questions about democracy and what it means to be part of this country.”

Since May, when the killing of George Floyd, a Black man, by a white police officer sparked nationwide protests, traffic to Facing History’s website has increased 90%, with more than 40,000 views of its page dedicated to resources for teaching about Mr. Floyd’s death and police violence. The group’s “Understanding #TakeAKnee” page, with classroom resources exploring the history of athletes and activism, as well as critical patriotism, has received more than 10,000 views since May 28. Last week the group held an online summit for teaching equity and justice. It sold out the first week it was advertised.

The increase in traffic reflects how more people are talking about questions of privilege, and about historic structural racism, Mr. Becton says. “To understand what’s happening in this moment in time, one must really understand the central and profound questions of how we got here,” he says.

Rann Miller, an educator and writer who runs teacher professional development workshops on cultural competency, says this concept is at the foundation of why there needs to be a new, widespread focus on Black history. But for efforts to be effective, he says, there needs to be districtwide support. For too long, he adds, it has been up to individual teachers to counteract gaps in curriculum. But many teachers are unaware of their own blind spots, says Mr. Miller, a former high school history teacher who oversees an after school program in New Jersey. Nearly 80% of public school teachers are white, according to the National Center for Education Statistics, even though more than half of the country’s students are of other races and ethnicities.

And traditional textbooks, whose content is ultimately determined by state officials and curriculum standards, may not be of much help. Just the other day, Mr. Miller says, he picked up a history textbook at a school in New Jersey to see what it said about Juneteenth, the holiday celebrating the end of slavery in the U.S. The day had become the focus of national conversation after President Donald Trump scheduled a campaign rally to be held on June 19 in Tulsa, Oklahoma, the site of one of the worst massacres of Black people in U.S. history.

But the textbook did not mention it at all, he says.

“Black scholars and practitioners have been talking about this for years,” he says. “There’s been an acknowledgment that history isn’t being taught correctly, that textbooks are whitewashing U.S. history. You are starting now to hear those voices being amplified.”

Indeed, recent analyses of textbooks nationwide show a significant disparity in the way they approach race and Black history. The New York Times published an investigation earlier this year that found the same social studies textbook, with the same title from the same publisher, treated issues of race differently in its Texas version than it did in its California edition. In California, for instance, a section about 1950s suburbanization included information on housing discrimination against Black people; the Texas book did not mention racism, but explained that residents fled cities to escape crime.

“So many racial disparities”

The trickiness of history as a subject features in current debates about the past. The New York Times’ 1619 Project (now also a school curriculum) has won praise for its deep exploration of slavery in the U.S., but also criticism for alleged inaccuracies and what some conservatives call a “revisionist” take on history. In many ways, says Lisa Covington, an educator in Iowa City who is on the national committee for Black Lives Matter at School, the push for revamped Black history instruction is part of a wider effort to address broad and long-standing discrimination against Black students.

“There are so many racial disparities in school,” she says.

Studies show that Black students are more likely to attend a school with less funding and fewer resources, and also more likely to encounter harsher discipline than white students for the same behavior. In 2018, the influential book “Teaching for Black Lives” argued that “Black students’ minds and bodies are under attack,” and pointed to curricular materials across the country that erase Black experiences, such as a Texas history textbook that described the Atlantic slave trade as bringing “workers from Africa” to help on plantations.

Ms. Covington says that while she would like to see Black history taught outside the silo of Black History Month, she also believes there should be professional guidance for schools to include the contributions of Black people in other subject areas.

“People are saying, ‘Yes, let’s teach Black history,’” she says. “But they have no plan how to be culturally proficient with any other curricular subjects.”

These are questions Mr. Becton says he is happy to see discussed.

“People in education are having more conversations about questions of equity,” he says. “And if you want to explore equity in a meaningful way, you have to have an understanding of historical inequity.”