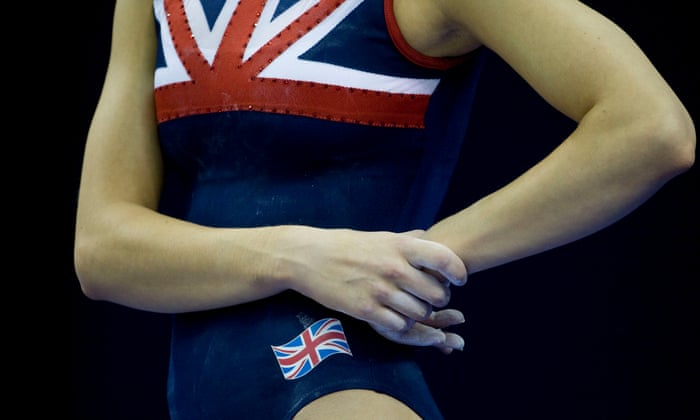 In safer and saner times, the world’s eyes would now be fixed on the Tokyo Olympics: the gleaming smiles, the shiny medals, the illusion of perfection. But the postponement of the Games has at least allowed space for something more vital: exposing the human cost of chasing glory, especially for young girls in aesthetic sports such as gymnastics and figure skating.

In the past week alone athletes in Japan, China, Britain, Australia and the Netherlands have come forward with disturbing stories. Time and again they refer to the unequal power balance between them and their coaches and federations – and the impossibility of speaking out for fear of missing out on a world championships or Olympics. Poignantly, they have also mentioned how watching the Netflix documentary Athlete A had given them the reassurance that they are not alone, and to add their voices to the collective clamour.

In all the various stories we heard last week, there is a common theme. A survey of 800 Japanese athletes which found that 19% of respondents under 24 had been hit, punch, slapped, kicked or beaten was commissioned by Human Rights Watch. The other stories of abuse – including that of the world championship figure skater Jessica Shuran Yu’s “dehumanising” treatment in China, including regular beatings and abuse revealed in the Guardian – came from journalists. They were not coming from the sports themselves, or their governing bodies.

Perhaps we shouldn’t be surprised. While investment is linked to medals, as it is in so many countries, individuals will always face a massive temptation to take any shortcuts necessary to achieve the results, especially when they help sustain organisations and justify the salaries of the people they employ.

Britain is not immune. Two years ago, UK Sport – the body that funds Olympic sport – instituted a “culture health check” after widespread allegations of a culture of fear in cycling, canoeing, bobsleigh and elsewhere. It insists the resulting policies have made a difference. The cascade of revelations from GB Gymnastics, as well as UK Sport’s continuing focus on medals, gives reason to fear that it is as effective a diagnostic tool as a child’s stethoscope.

It was certainly striking to hear the British Olympic silver medallist Cath Bishop say last week that medals were prioritised over welfare. As Bishop pointed out, when only medals count, then the way in which they are won becomes less important.

“Shortcuts in welfare and coaching approaches are encouraged so long as the results come,” she wrote. “Athletes and coaches (and parents) lose their voice to raise concerns as results trump everything else. Toxic environments and ‘cultures of fear’ develop when winning is the end that justifies any means. It’s become Darwinian.” She urged UK Sport to change its culture, from “medals and more” to “more than medals”, a subtle but important distinction.

Of course it is not just Britain that faces questions about whether enough has been done for athlete welfare. One study in 2016 asked an elite Dutch coach what they thought of Safe Sport. “It’s a game,” he said, adding that “when you are surrounded by people who think this policy is important you play along. When they are gone, you go back to doing what you did before. You just have to be smart in how you handle these things.” Similar studies have found elite coaches often justify their methods by saying that because elite sport is tough, children need to learn to take criticism and pain, otherwise they won’t make the grade.

But if sports and countries won’t act, how will things change? When I spoke to Yu last week, she made the point that the International Olympic Committee needs to recognise that young and vulnerable girls in aesthetic sports are particularly at risk. She called for it to set up a dedicated hotline staffed by child protection experts for abuse cases and to use more of its resources to help. Certainly, given it funds so many Olympic sports, it has a better chance than most of forcing change.

There is not much evidence of it stepping up. Sadly of all the stupendous feats performed by elite athletes, none is greater than the political gymnastics of the IOC. It makes billions in TV revenue because of their endeavours – yet when it comes to doing right by them it falls short. It is an 180-degree flip worthy of Simone Biles.

Meanwhile at the weekend, the renowned gymnastics coach Gerrit Beltman admitted his shame at having abused many Dutch athletes. “I’m very deeply ashamed of myself,” he admitted. “It was never my conscious intention to beat them, to yell at them, to hurt their feelings or belittle them, to gag them or make constant derogatory remarks about their weight. But it did happen. I went too far, I thought that was the only way to instil a winning mentality in them.” He also admitted the system needed to completely change, adding: “We need to rid ourselves of that stifling atmosphere where only results count, the judgmental culture, at too young an age.”

It is at least welcome news that one sinner has repented. But much more needs to be done to help every young athlete’s voice be heard, to hold organisations far more to account, to drain all the poison from the system.