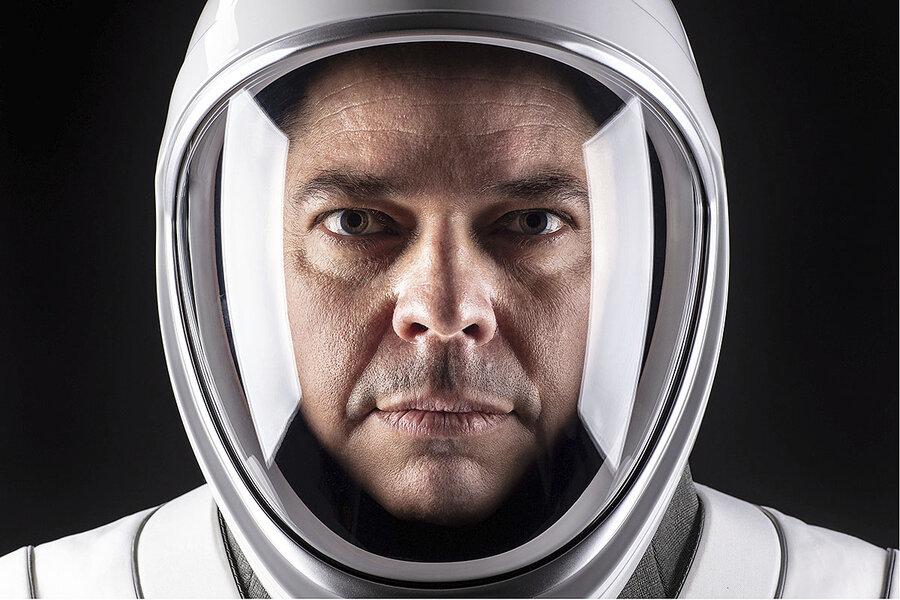 As many grand endeavors were being canceled or postponed due to the novel coronavirus, NASA weighed the risks but ultimately decided to go ahead, with caution. The pandemic has raised questions about what aspects of modern society we value – and human spaceflight is no different.

“The last thing we want to do is shut down everything that is aspirational and inspiring in our society while so many of us have to hunker down,” says Greg Autry, who researches commercial spaceflight at the University of Southern California in Los Angeles.

If all goes according to plan, the so-called Demo-2 mission will carry two veteran NASA astronauts, Robert Behnken and Douglas Hurley, to the International Space Station. The pair is set to join the current ISS crew of three – one American astronaut, and two Russian cosmonauts – and will probably stay for a month to four months. Their return will also be a significant test for the Crew Dragon spacecraft, as reentry into the Earth’s atmosphere is a fiery affair.

This endeavor has been in the works for years, and under normal circumstances such a milestone launch would generate large crowds on nearby Florida beaches. Given the pandemic, NASA has asked that people stay away, and instead experience the launch virtually.

As for the team making the final preparations for the launch, as many as possible have been working from home and the others have been masked and arranged to stay 6 feet away from one another. NASA typically quarantines astronauts in the days before they fly to the ISS, but this time they’ve been isolating for weeks.

NASA’s decision to go ahead with the launch amidst early pandemic lockdowns initially surprised Lori Garver, who served as deputy administrator of NASA during the Obama administration. But, she says, as it became clear that the pandemic was something that society was going to be grappling with for a long time, she began to think, “Well, when are we going to be able to do it?” After all, the ISS needs a crew to continue operating. The Russians were still blasting off, but NASA had been aiming to scale back on buying seats on their Soyuz capsules.

Indeed, the U.S. presence on the ISS is seen as essential, agrees William Russell, who oversees audits of space programs for the U.S. Government Accountability Office.

As a nation, we have invested billions of dollars into the space station and committed to maintaining projects designed to support that program. “It is something that NASA has prioritized,” Mr. Russell says. “If you think back to the government shutdown, this program maintained operations during that, too.”

This test launch aims to kick off NASA’s new commercial crew program, in which private companies (Boeing is also developing a crew capsule) become the space agency’s ferry service. If successful, this program would not only bring down the cost of delivering U.S. astronauts to the ISS, it would also make it possible for the spaceflight companies to sell trips to space to other sorts of travelers in the future.

“It’s an important inflection point, if you will, of now seeing the opportunity for commercial transportation of humans into space,” says Sean O’Keefe, who served as administrator of NASA under former President George W. Bush and is now a professor at Syracuse University. “This is much akin to the transition when the first civil aviation aircraft took off decades ago after many decades of it being exclusively a public endeavor.”

This launch, Mr. O’Keefe says, is a significant step toward making space travel as ubiquitous as air travel is today. “In the greater scheme of things,” he says, “this continues the march of the kinds of things that we do as humankind to access space.”

The allure of human spaceflight

Many of NASA’s exploration and research goals can be achieved using robotic spacecraft today – and much of it is, says Roger Launius, a former chief historian of NASA and author of several books on spaceflight. So, he says, “The larger question has to be asked, why is it important to do it at all? Why do we need to send people up there at all? … It is not an easy answer.”

There have been many different reasons for nations – particularly the United States – to pursue human spaceflight capabilities over the years. Initially, one big motivation was to display technological prowess and assert itself on the global stage outside of war. Because human spaceflight is an extremely difficult feat, it continues to hold such regard, says Mr. Launius, and regaining that capability also will mean retaining that prestige.

But, many say, there’s also something less tangible driving humanity’s desire to push into the final frontier.

Indeed, if this new model of making space travel commercial is successful and eventually nonastronauts and nonscientists do travel to space more readily, it could mean a fundamental shift in humanity. Our species would have expanded into a vast new territory in a more permanent way.

“I would contend that ultimately this is about becoming a multiplanetary species,” capable of moving between worlds readily, says Mr. Launius. It will likely take generations, “but the sooner we get started, the sooner we can actually achieve this.”

But it also might go deeper than that, suggests Mr. O’Keefe, pointing out that Homo sapiens is the only species known to have expanded across the entire globe and settled into the many diverse (terrestrial) environments on Earth.

“We’ve explored large swaths of this planet in order to advance, to improve, to expand, to do better,” he says. “This is yielding to that same instinct that has been kind of ground into human nature.”