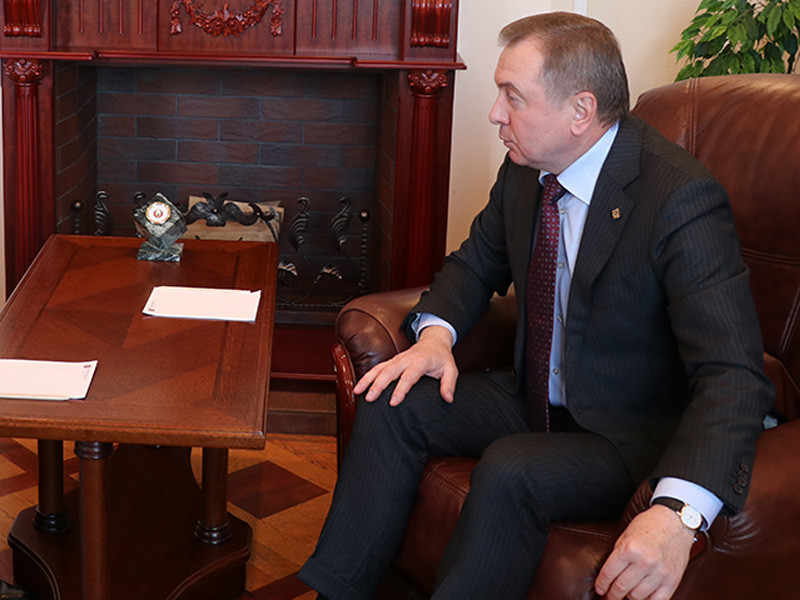 The foreign Ministry of Belarus held talks with Russian Ambassador Dmitry Mezentsev and acting head of the Embassy of Ukraine to Belarus Piotr Wroblewski after the detention of 33 Russian citizens, who are called militants PMC Wagner.

As reported on the website of the Belarusian authorities, to the Russian side reported substantive information about the detainees. The Ambassador of the Russian Federation “requested detailed clarifications on the objectives and other aspects of the arrival and stay in our country, indicated by an organised group, many of whose members have a proven experience of participation in armed conflict.”

The Wroblewski requested “relevant information”, which can be used for “a comprehensive analysis and evaluation of the causes” of the presence of Russians in Belarus. According to the foreign Ministry, some detainees have Ukrainian origin and Ukrainian passports. There is also a “confirmed information” that the number of detainees participated in combat operations on the territory of Donetsk and Lugansk regions of Ukraine.

“Taking into account the specified alarming fact, and holding at the moment in Belarus election campaign with the Ukrainian side agreed to boost cooperation between border agencies and strengthening border regime in order to prevent destabilization of the situation in both countries”, – added the foreign Ministry.

The Ministry of foreign Affairs of Ukraine following the meeting said that law enforcement agencies will decide on possible extradition or “other legal action” against the detainees in Belarus citizens.

“Ukraine has long warned that the Russian occupation forces and illegal armed groups involved in the fighting in the East of Ukraine, are used in other parts of the world and pose a threat. The identification of these fighters in Belarus confirms this fact and shows that they can be used to destabilize the situation in Belarus ahead of the presidential elections,” – said on the website of the foreign Ministry.

Deputy Secretary of national security Council and defence of Ukraine (NSDC) Sergey Krivonos in comments to “5 channel” said that Ukraine can demand extradition of the detained natives of the country, together with other alleged militants PMC Wagner. “First, it would have strengthened the normal relations of Ukraine and Belarus would give an impetus to better relations. And discouragement of our enemies to use the territory of our neighbors as a springboard for actions against our country,” said Krivonos.

The Russian foreign Ministry official comments after the call, Ambassador Dmitry Mezentsev gave. The Kremlin said, what do you expect from Minsk “comprehensive information”. “There is no information about illegal actions that could cause [of detention]. Russians and Belarusians to freely visit each other. In Russia there is a huge number of Belarusian men in similar clothes, which also behave uncharacteristically, do not drink alcohol. This does not mean that they are doing something illegal”, – quotes the edition of “Rise” press Secretary of Russian President Dmitry Peskov.

In the Kremlin expect of the details from the Russian Ambassador in Minsk and “on intelligence matters”, RIA “Novosti”. The information that “some organizations from Russia send, say, someone in order to destabilize”, Moscow believes insinuations quoted Peskov RBC.

Press Secretary of the President emphasized that the Kremlin does not recognize the Ukrainian nationality of the detainees: “They are citizens of Russia”. On a question of journalists why Russia does not pursue members of PMC Wagner for participating in the fighting in the Donbas, Peskov said that Russia “de-jure such thing as a PMC, no.” “There is a private security company, there are firms, and such thing as a PMC, no,” – said Peskov. However, he promised that the Kremlin will take into account the statement of the writer Zakhar Prilepin, who said that among the detainees there are “two or three warriors”, who served with him in the Donbass. On the question of what would happen if the detainees will give Ukraine, Peskov, you first need to understand the charges against them.

In connection with the detention of Russians in Belarus initiated a criminal case on the preparation of terrorist acts. The details of the case and the investigation is not given. About detention of group of citizens of the Russian Federation of July 29, reported the Belarusian state-run media, citing law enforcement agencies. 32 people were detained in the sanatorium of Minsk, another – in the South of the country. The report suggests that the men attracted the attention of the administration of the sanatorium “is not typical for Russian tourists behaviour” and monotonous clothing in military style.

The hotel did not participate in leisure activities, do not drink alcohol, behave in isolation and tried not to stand out, and also carefully studied territory. According to law enforcement authorities only in Belarus is 200 militants, which aim to “destabilize the situation” in the country ahead of presidential elections on 9 September.

In connection with the detention group of the CEC on the morning of July 30 called for an emergency meeting of the presidential candidates. On it the Secretary of security Council of Belarus has warned about possible provocations, the strengthening of security measures at the border and at public events. He said that the remaining freedom fighters are trained in subversive activities and sniping, and also announced a new battle group, which is supposedly stationed in the Pskov region of Russia.