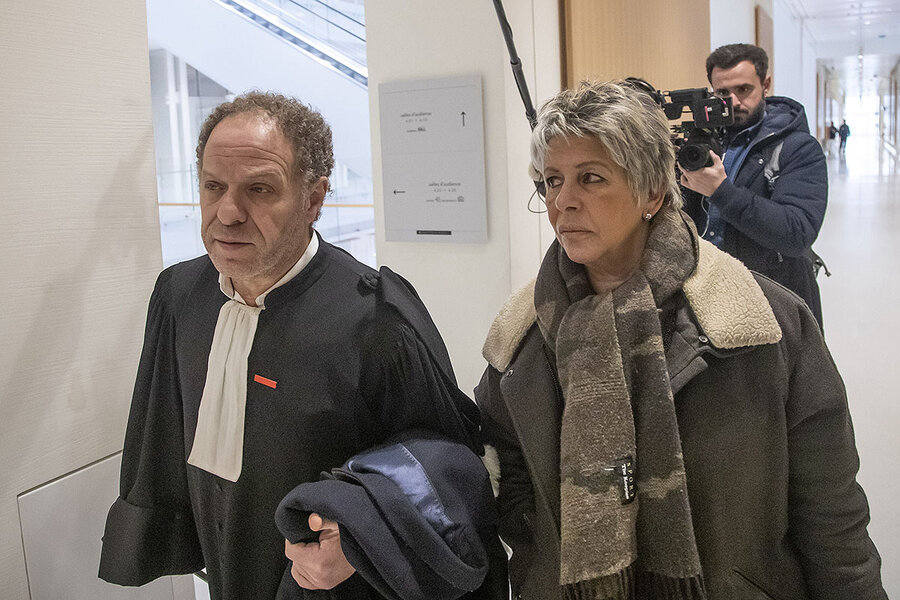 For decades, the intellectual elite of France, including its writers, cinema directors, painters, and other cultural nobility, have enjoyed public adulation beyond that of their peers in other Western societies. And along with that status has come a separate moral code.

Sometimes that just means they are afforded a greater tolerance for eccentricity or minor vice. But at others, it has meant that their sometimes questionable – and occasionally even criminal – acts are defended and often pardoned.

Take French writer Gabriel Matzneff, who has received numerous national literary awards – even when some of his work revolved around his own sexual involvement with minors. Or French Polish film director Roman Polanski, who has been embraced for years, while continuing to produce award-winning films, despite U.S. attempts to bring him to justice after he fled his conviction for a 1973 sex crime.

But since the Harvey Weinstein scandal and subsequent #MeToo movement, France – like many countries around the world – has begun giving more credence to women’s and victims’ voices. And just the past several weeks have seen Mr. Polanski and Mr. Matzneff come under fierce public criticism for their histories.

The backlash is telltale of a twofold cultural shift. It highlights a willingness to allow more space for women to be heard not just within the literary world but also more generally in society, as well as an end to an era when France’s intellectual elite – who are usually men – are forgiven their bad behavior in the name of art or rebellion.

“It’s not so much that intellectuals were pardoned for everything they did as it’s that we’re witnessing a change in social rules and morals in society more generally,” says Violaine Roussel, a professor of sociology at the University of Paris 8, “and that has struck out at public figures first.”

“Where rules and morals are applied differently”

The French intellectual elite have enjoyed a special place in society since the days of the French Revolution, when their subversive ideas, opposition to political culture, and fight for freedom of expression were lauded, and credited by some for sparking the revolution itself.

By the time May 1968 rolled around – when student protests led to nationwide strikes and civil unrest – the French had already long relied on their intellectual class to provide moral guidance on political and social issues.

Literary figures in particular, such as Voltaire, Jean-Jacques Rousseau, or Victor Hugo, were celebrated for their free thinking and progressive ideology; Baudelaire and Flaubert revered for their stories of libertine lifestyles.

It’s in this context that Mr. Matzneff was able to write extensively and with impunity about his sexual relationships with teenage girls and boys ages 8 to 14 in the Philippines. Throughout his career, he has received numerous French literary awards, and his accounts of sexual encounters with young girls during a memorable 1990 television program ruffled few feathers.

But that changed with the publication of “Le Consentement” (“Consent”) in January by editor Vanessa Springora, which details her relationship as a teenager with the much older Mr. Matzneff. Since then, France’s publishing world – and society more generally – has been thrown into a tailspin.

Mr. Matzneff has gone into hiding in Italy, with his trial for child abuse offenses in France set for 2021. In mid-February, French police raided his publisher Gallimard in search of possible censored texts. The French government has launched an appeal to any woman who was abused by Mr. Matzneff to come forward.

Just seven years ago, in 2013, when sociologist Pierre Verdrager published “L’Enfant Interdit: Comment la pédophilie est devenue scandaleuse” (“The Prohibited Child: How Pedophilia Became Scandalous”), it made few waves and received little celebrity. Now, the scandal around Mr. Matzneff has catapulted it into the public eye for its dissection of pedophilia.

“My book is symptomatic of what is going on,” says Mr. Verdrager. “When I was first looking for a publisher, everyone told me it would never sell. … But now, I am a mirror of how things have changed.”

“There [was] this idea that the literary world is autonomous from the rest of the world, where rules and morals are applied differently and people can get away with anything,” Mr. Verdrager says. “But now, everyone wants to be on the right side of history.”

That’s meant an end to the relatively comfortable existence for figures like Mr. Polanski, who pleaded guilty to unlawful sexual intercourse with a 13-year-old girl in California in 1977.

Feminist groups have promised to protest at the César Awards, France’s equivalent of the Oscars, on Feb. 28 after Mr. Polanski’s latest film, “J’Accuse,” was nominated for 12 awards. And in mid-February, the entire board of the Césars resigned, against the backdrop of, among other things, the ongoing Polanski controversy.

Even if the changing attitudes toward France’s intellectual elite can be felt across swaths of society, nowhere has the transformation been quicker than in its literary sphere. “Before, books about women were always on the margins, people made fun of them a little bit,” says Sandra Monroy, an editorial manager at First Editions publishing house in Paris. “Now, women’s voices in general are finally being taken seriously.”

For decades, female authors were relegated to littérature féminine – women’s literature – a concept seen by many as pejorative. While French feminists like Simone de Beauvoir and Hélène Cixous have made significant contributions to women’s literary gains, feminism as a concept has only entered the landscape in recent years.

First Editions, which puts out the French version of the “For Dummies” (“Pour les Nuls”) manuals as well as books on literature, poetry, and cinema, didn’t have literature on feminism when Ms. Monroy started in 2015.

“Shortly after I arrived, I suggested creating practical manuals or other books on feminism,” she says. “That idea was quickly brushed off. At the time, it was also taboo to talk about the relationship between a female book editor and a male writer,” like Ms. Springora’s relationship with Mr. Matzneff.

Since then, she says, writing on feminism has taken off in France. Nonexistent just three or four years ago, sections of bookstores have since been dedicated to the topic, and publishing houses are jumping on the phenomenon.

Mr. Matzneff’s fall from grace and the subsequent effects on French society are perhaps most notable in the fact that dissent against Ms. Springora’s book or denial of Mr. Matzneff’s behavior is relatively absent from mainstream discourse.

“It’s true, without a doubt, that ‘star status’ is not what it used to be,” says Ms. Roussel, the sociologist. “This has contributed to no longer seeing these figures as sacred as they once were.”