Says Vitaly Deborra: “On the set of the movie “Ko mne, Mukhtar!” Yuri Nikulin got thanks to the author of the novel on which the film is removed. It is Israel Metter after watching the film “When trees were big” nominated Nikulina Director. He agreed to try, although by that time the role was already approved another actor.

Semyon Tumanov met with Yuri Vladimirovich, and for beginning asked him if he loves animals, particularly dogs. After receiving an affirmative answer, he offered him the role of a policeman in the hall.

But I can’t play policeman — he heard in response.

Don’t you love the police?

— No, — said Nikulin. — But judge for yourself, I have a right to play police officer, if in the last two movies starred in the role of crooks? 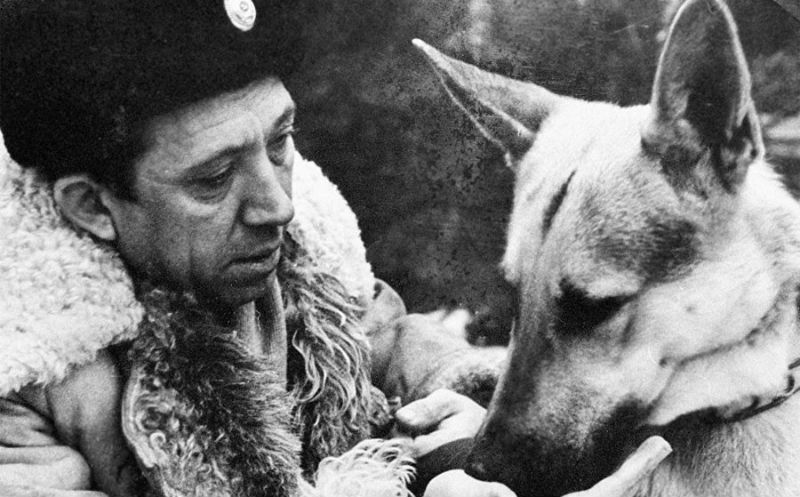 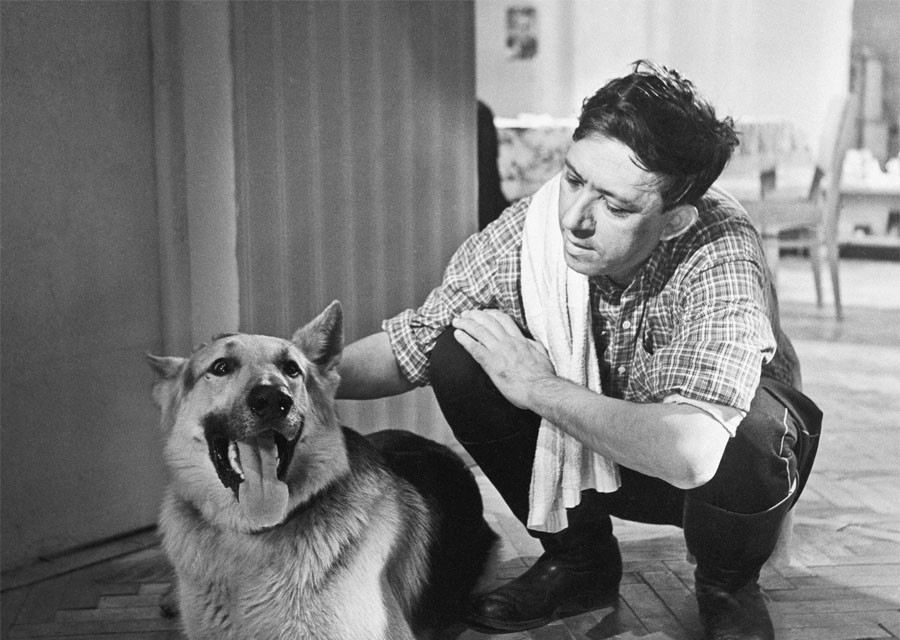 Well, then I went training. Nikulin was given the form that he wore even on the street to get used to. In the morning he went to the kennel, fed the dogs. Several times even went to the real police operation. Was assigned to them as a consultant hero of the Soviet Union the captain of militia Sergey Semenovich Podushkin, who is seriously and thoroughly prepared actor to a new role. 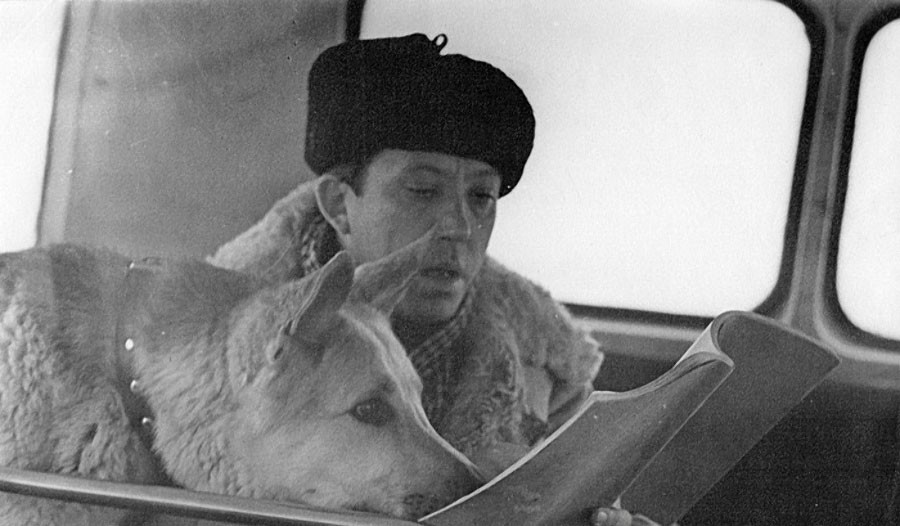 Yuri Nikulin and shepherd Huck during the filming of the movie “Ko mne, Mukhtar!”, photo B. Vilenkin, 1964.

That’s only when it’s time to shoot, they were in jeopardy — dog, who performed all of the team refused to play after the lighting and blower — simulating snow storm. And then someone remembered that not so long ago Kiev engineer offered to shoot your cleverest dog. As the situation was virtually hopeless, decided to invite them to audition. And not lost — dog Dyck was the cleverest, and most importantly, the ear is not led towards the roaring blower.

The dog’s owner, Michael Davidovich Dligach, at the beginning turned to Nikulin with an unusual request: “I ask that you call me simply Misha. You and I — JRA. You need an appointment immediately. And not because I want to be with you at short leg, it is necessary for him, — he nodded at shepherd. To be on the “you.” The dog just needs to know your name. Yuri — it is difficult to remember. When are you going to call me Misha, she’ll know you’re addressing me. And yet — don’t offer him any food, and don’t call him, and then he’ll rush”. 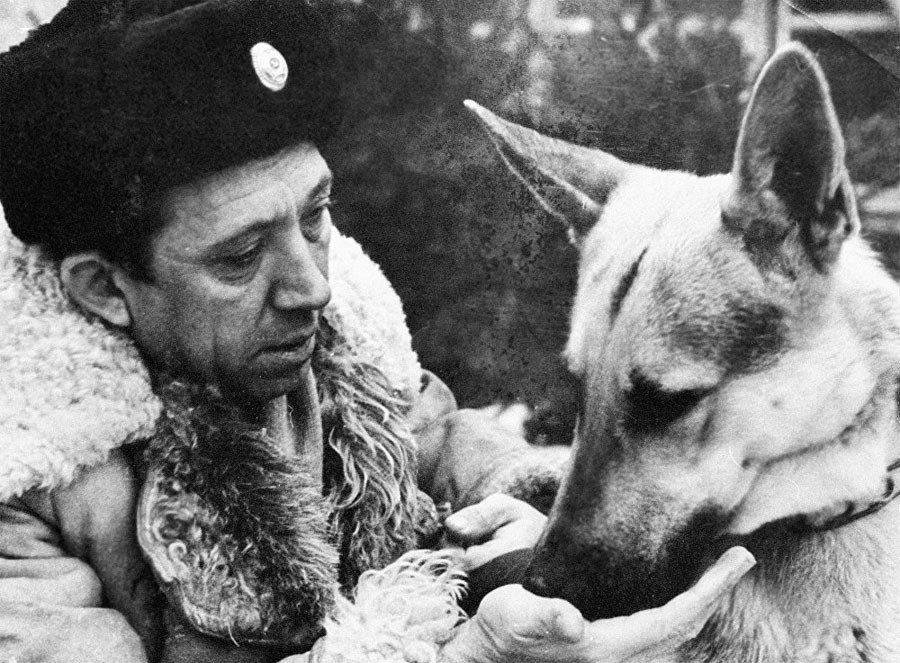 When she recalled the shooting Yuri Vladimirovich Nikulin.

“From the first minute I met you, I realized that Michael Dligach refers to his dog as a person. He had no doubt that she understands everything people say. At the same time, I noticed that the dog really quickly performs any of his team, responds to tone of voice.

I remembered that I was asked to give nothing to the dog. But still pulled a piece of sausage out of his briefcase and looked at the dog. That, of course, turned in my direction, looked at the sausage, then briefly at me and turned away. The sausage I ate myself.

The Studio continued to shoot scenes without the participation of the dog. Nevertheless, to dyke to me gradually I got used, it was brought to the pavilion. During the scene I was sitting at the table, and Michael Dligach said Dyck:

To sit with Yuri.

The dog approached me and sat down.

— Let it sit with you, said Dligach. No matter what it is not removed. You need to get used to each other. Dyck will remember your smell will gradually think of you as. Because you in many scenes will have to be close. 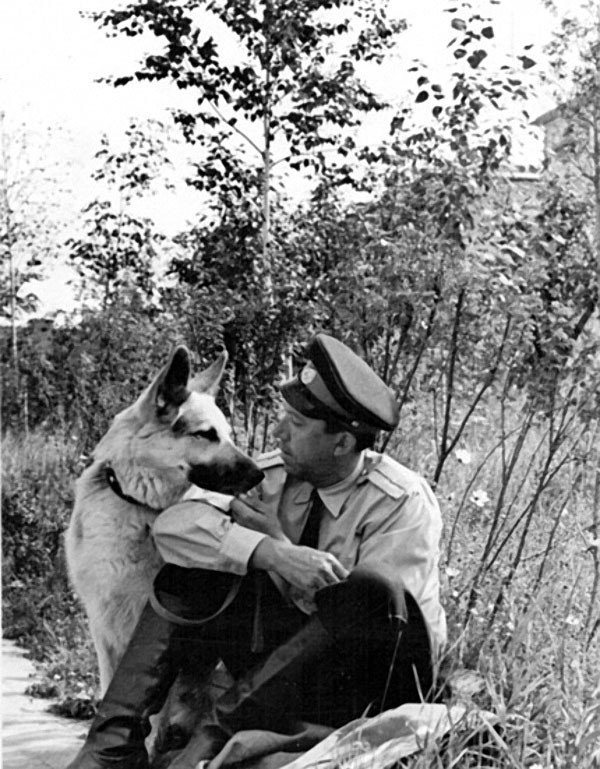 During the break, in the break between filming the movie “Ko mne, Mukhtar!”. Yuri Nikulin and Dyck, 1964.

During the lunch break, the dog went with us to the dining room. I ate and she sat next to me.

The other day I went along with Dligach in a special room, where the dyke. He saw me and growled.

I handed the sausages to the owner. He gave them to the dog. Dyck began to eat.

“You see,” said Michael, referring to a dyke, is Jura brought you sausages Jura.

The next day I was told to bring the liver. The request I have fulfilled. The same thing happened: first I gave the liver to the owner, and the one saying, “It’s Yura you liver brought, Yura,” he handed it to Dyck. Then I brought the Amateur sausage. Again the same ceremony. I could not resist and asked:

— He is from other people’s hands does not take, — replied quietly Dligach, — could throw.

A week later I walked into the room, where he was the owner of the dog, and heard joyful exclamation:

And I saw that the tip of the dog’s tail moving.

— Wow, — I noticed a week was necessary to ensure that the tip of the tail twitched. How much for the tail wagging vengeance?

— Time, time, and everything will be assured Dligach.

Indeed, two days later, I first gave Dyck sausage. The dog looked at me with bewilderment.

— Take, take, — let Dligach, is Jura brought you. Yura can be taken.

And somehow Dligach put his hand on the dog’s head and asked me to my hand put it on top. Slowly Michael withdrew his hand from under mine and my hand was on the dog’s head. Dyck looked at me and quietly growled. 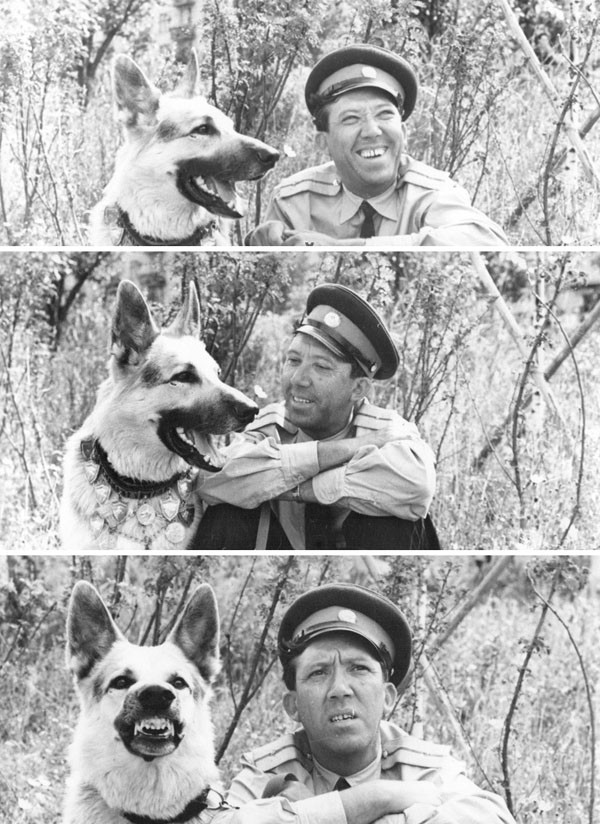 In break to rest between shots.

As we walked together down the corridor “Mosfilm”. The carrier Dyck kept Dligach. Quietly he handed it to me, and he stopped. The dog was walking forward, not knowing what the leash from me. So we have passed metres ten. Suddenly the dog stopped, turned and saw who it is.

Dyke! Peace! — shouted Dligach. — Go ahead. It’s Yura. This is Jura, which brings you hot dogs and sausage, go ahead.

The dog reluctantly went ahead. The leash was firmly wound on my hand. Here Dligach whistled. And the dog ran to the owner, that I fell and it dragged me a few meters.

Gradually, we became friends with Dyck. And finally, the last test: I put in a cage with the dog, invited the electricians, drivers, carpenters and asked them to beat on the cage with sticks, if they attack us. Dyck, infuriated, rushed to the bars and barked furiously. He was protecting me.

I told me then Dligach, since he’s protecting you, so really acknowledged. Now you can start shooting”. 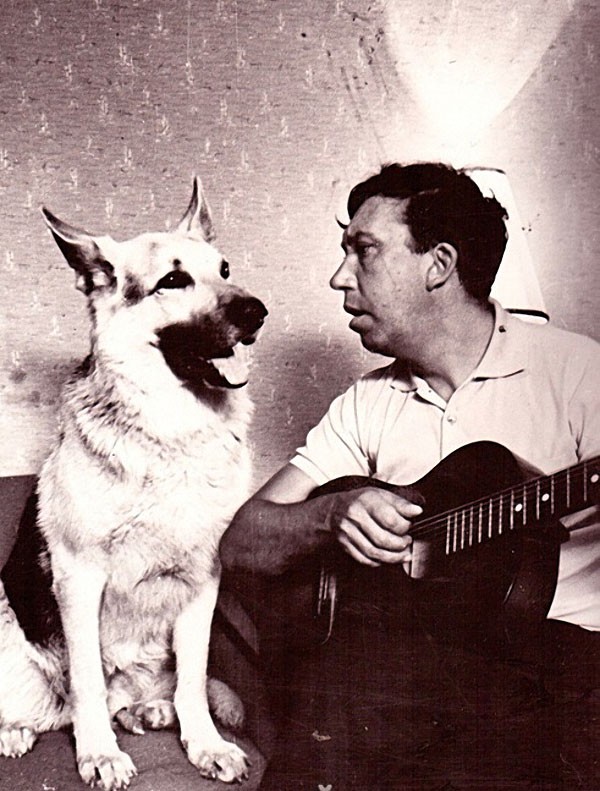 In the summer, when conducted reshoots, family Nikulina went to the cottage. And Yuri invited the Dligach to move from Dyck to himself.

“How about five o’clock in the morning in my sleep, I heard dyke, banging on the floor with his paws, came into my room and began to strip off my blanket. Awake I could not understand.

Dyck looked at me and turned her face to the window.

I realized that the dog begs to go out. “Wow, I thought. — The master sleeps next to me, and she came for me.” Made me feel good. I got up, dressed quickly and brought the dyke to the street.

Since then, dyke every morning woke me up and we went for a walk with him”.

When the film ended, Nikulin, who is very attached to Dyck, Dligach said that the dog liked him more than the master. Dligach surprised:

— And the fact that the last three weeks Dyck every morning to Wake me up! And asked me to go with him went out. Although you, the owner, slept in the next room. 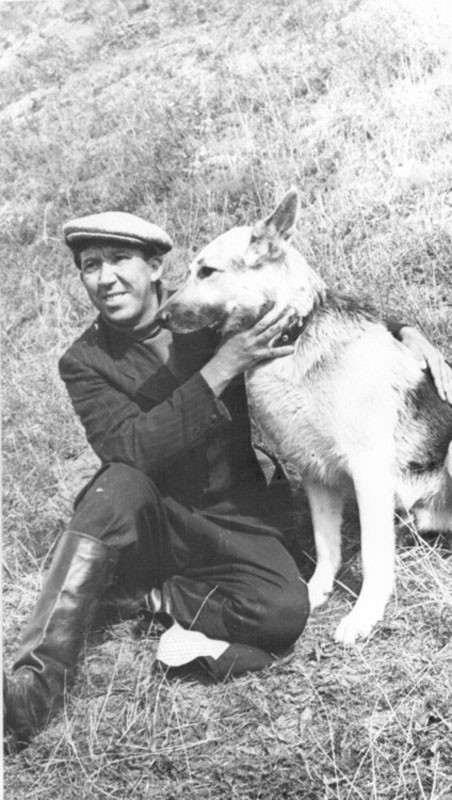 Yuri Nikulin and shepherd dyke on the set.