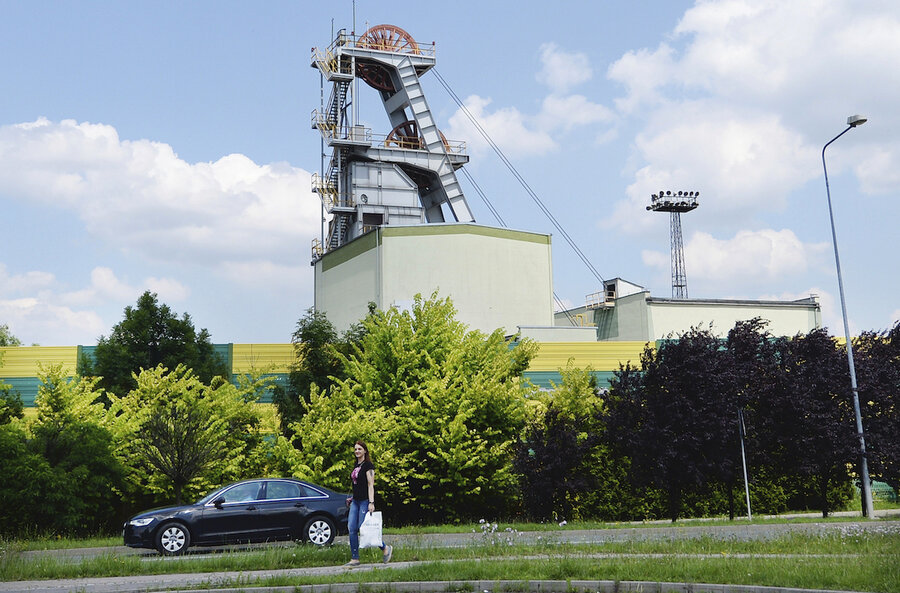 The coronavirus has ripped through Poland’s coal mines, where men descend deep underground in tightly packed elevators and work shoulder-to-shoulder to extract the source of 75% of the nation’s electrical power.

Of Poland’s more than 36,000 reported COVID-19 cases, about 6,500 are miners – making them nearly a fifth of all confirmed infections in the country, even though they make up only 80,000 of the country’s population of 38 million.

The virus hot spots, centered in the southern Silesia region, have paralyzed an already-troubled industry, forcing many to stay home from work and triggering a three-week closure of many state-run mines that are only now reopening.

It is one more blow that the pandemic has dealt to the global coal sector, already in steep decline in much of the world as renewable and other energy sources get cheaper and societies increasingly reject its damaging environmental impact.

Economic shutdowns from the virus also have cut electricity demand. Britain completely removed coal-fired power from its grid for 67 days starting April 9 – a record set since the Industrial Revolution as the National Grid works toward a zero-carbon system by 2025.

“Coal is in a long-term decline,” said Bob Ward, policy director at the Grantham Research Institute on Climate Change and the Environment at the London School of Economics. “It’s simply cheaper to use gas or renewables, and the economics of coal just no longer make sense in many parts of the world.”

“The question is whether the recent sharp reduction in coal use is sustainable and will last beyond the impacts of the pandemic,” Mr. Ward said.

United States coal companies, already in financial trouble, are more likely to default because of the pandemic, according to S&P Global Market Intelligence. Italian utility ENEL says it will be able to close coal-fired power stations that it operates across the world sooner than anticipated due to the virus.

But China, the world’s biggest emitter of greenhouse gases, actually has been accelerating plans for new coal power plant capacity as it tries to revive its virus-hit economy.

Poland, under pressure from the 27-member European Union to lower carbon emissions, is seeing the pandemic complicate its coal troubles.

Poland is the only EU state refusing to pledge carbon neutrality by 2050. Governments in Warsaw have argued for years that as an ex-communist country still trying to catch up with the West, it cannot give up the cheap and plentiful domestic energy source. It also says its reliance on coal plays is important for weaning itself from Russian gas.

In reality, Poland’s coal production is becoming less efficient, and it has increasingly been importing cheaper coal from Mozambique, Colombia, Australia, and even Russia. As it does so, Poland’s own coal piles up unused, and some mines have been closed.

“Look what’s happening with coal, how many millions of tons are being imported from outside Poland, and it was supposed to be completely different,” Warsaw Mayor Rafal Trzaskowski said at a campaign rally in Silesia. He faces conservative President Andrzej Duda in a presidential runoff election Sunday.

Piotr Lewandowski, president of the Institute for Structural Research in Warsaw, says Poland’s coal sector is being pushed to a “tipping point” by several factors: falling demand for coal because of warmer winters; wind and other renewables becoming cheaper; rising costs of carbon emissions; and a society less willing to tolerate high levels of air pollution.

“As coal mines struggle, their stock of unsold coal is the highest it has been in five years,” Mr. Lewandowski said. “The mines are between a rock and a hard place. They need to manage the outbreak while they are in financial tatters.”

In an open letter Friday to Prime Minister Mateusz Morawiecki, some 40 environmentalists, scientists, and other groups urged him to urgently prepare a plan for phasing out coal use in order to receive EU funds for making a transition to a greener society. They said the pandemic has sped up “the economic, ecological, and social problems” associated with coal.

Miners, however, worry the government could use the outbreak as a pretext to permanently shut inefficient mines. Conservative leaders have tried to calm those fears, aware of the political costs of job cuts to the industry.

When communism fell in Poland, it still had about 390,000 coal miners. Layoffs created high unemployment and poverty in Silesia, and miners staged violent protests in Warsaw.

Jacek Sasin, the deputy prime minister in charge of mining, insists there is no reason for miners to fear for their long-term prospects.

“All those who tried to argue that reduction was some sly plan to liquidate mines talked nonsense,” he said.

Certainly nobody expects any big decisions about coal before Sunday’s election between Mr. Duda, the incumbent, and Mr. Trzaskowski.

Coal miners already are frustrated by stagnant wages and a feeling the government is less committed to supporting them, said Patryk Kosela, a spokesman for a miners’ trade union, Sierpien 80.

Adding to their concerns have been long waits for coronavirus test results and a state mining institute report issued at the start of the pandemic that said miners were not at risk.

“It was wishful thinking,” Mr. Kosela said. “In mining, you work in tight groups. You go down in a packed small lift, people are crowded. Then you travel on an underground train, together, rubbing shoulders.”

Polish miners normally wear only goggles and helmets with lamps, but one of the biggest companies said it supplied masks and disinfectant, and implemented other hygiene measures at the start of the outbreak. It was unclear how many workers actually wore the masks.

The virus spread very fast, Mr. Kosela said. The good news is that very few have faced serious complications, and many have recovered.

“Some are surprised that they are infected because they feel fine,” he said.

Adam Henkelman, a miner who recovered from the virus, blames the government for the high infection rates and the other troubles in the sector.

“They had lost interest in us,” said Mr. Henkelman, who works in the Murcki-Staszic coal mine in Katowice. “We don’t know what tomorrow will bring.”