China and the United States have been engaged in a bitter battle of wills after Beijing repeatedly laid claim over the sovereignty of the South China Sea. Washington DC maintained a neutral policy but showed its support to allies in Southeast Asia also claiming control over the region. But with Secretary of State Mike Pompeo last week rescinding the policy of neutrality over the South China Sea, China has now been warned to brace for “retaliation” in the event of a new skirmish in the area.

Joseph Bosco, the former China Country Desk Officer at the US Department of Justice, told Arirang News: “We’ve had a history of Chinese ships harassing not only US ships but ships of other nations as well, coming close to almost causing a collision and placing their radars to lock on those ships, using water cannons.

“Until now the US and others have not retaliated. I’m afraid we’re reaching the point where the US Navy is not going to tolerate that interference with its freedom of navigation operations.

“You may well see a retaliation.

“The question then will be what will both sides do? Well China, if the US takes a hostile response to a Chinese act, will it then escalate and try something even more serious.” 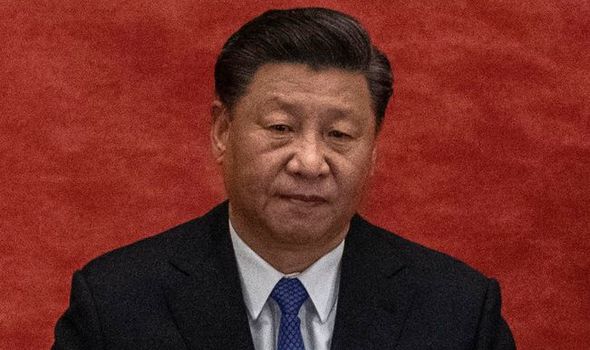 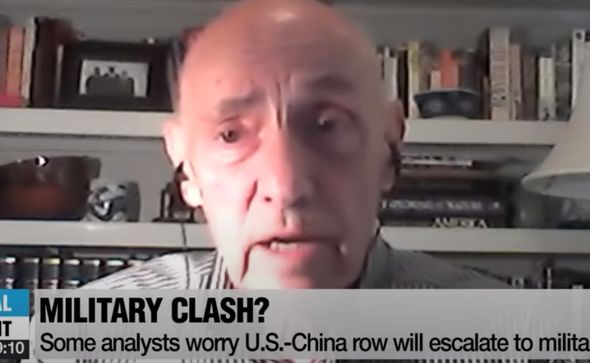 Mr Bosco continued: “There is a possibility of a clash of some kind. Some miscalculation or adventurism by some commander.

“We had some incidents like this in the past, of course. We had in 2001 the EP3 incident where a Chinese fighter pilot got too close to a US reconnaissance plane, it crashed, the pilot was killed and the US plane was destroyed.

“That could have escalated, both sides showed caution and did not let the thing get out of hand. 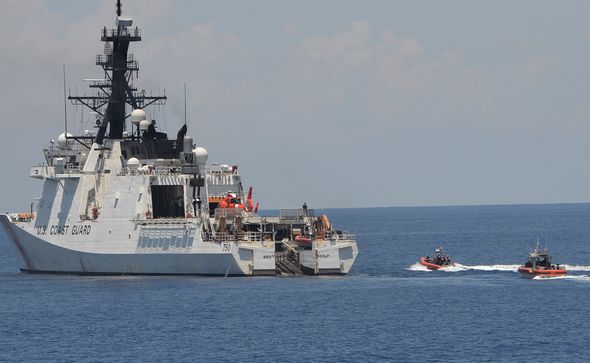 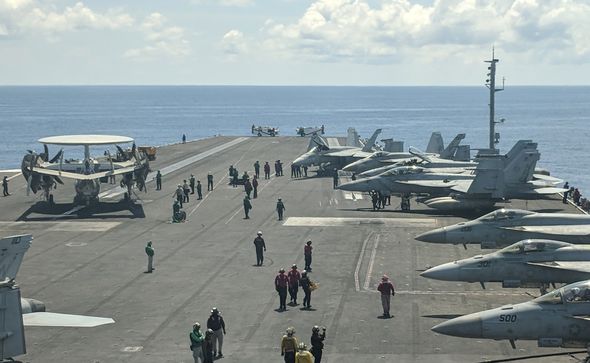 Australia agreed to join US-led efforts to ramp up deterrence systems to contain Beijing’s expansion in the region.

Mr Wang said in a press conference last week: “Pompeo claimed to act in accordance with international law but everyone knows the US is used to seeking its own interests in the name of what it calls safeguarding international law.

“In fact, it is not China but the US which is escalating militarisation of the South China Sea and ratcheting of tensions.

“Public reports show that in the first half of the year, US military aircraft have been sighted more than 2,000 times over the South China Sea.

“The US has also encouraged its allies to send warships to these waters as well. We want to tell Pompeo the South China Sea is not America’s Hawaii.”

He added: “We urge the United States and Australia to change their behaviour towards China, stop interfering in China’s internal affairs and harming China’s interests and create favourable conditions for the creation of bilateral relations.

“We also urge the US and Australia to play a constructive role in ensuring regional peace, stability and development.”