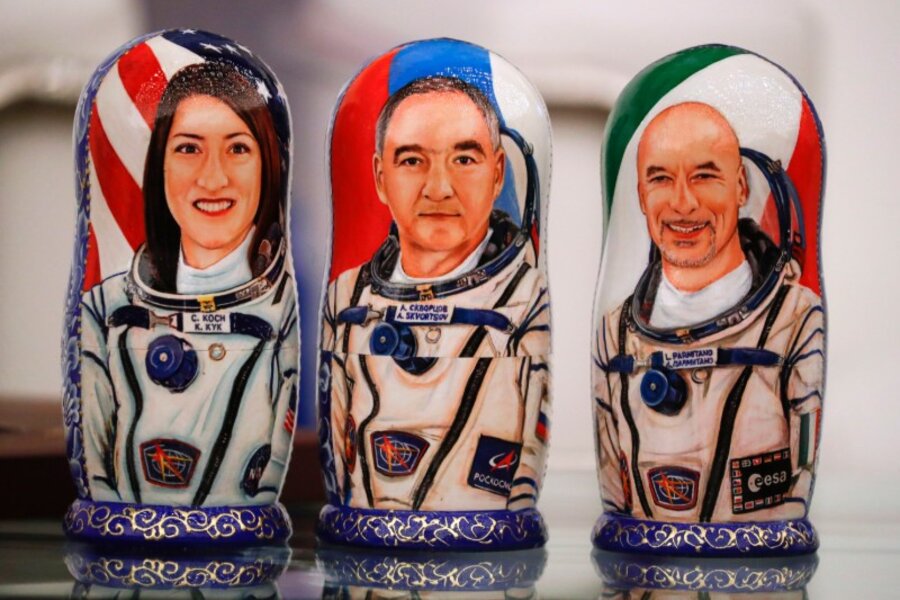 American astronaut Christina Koch, who led the first all-female spacewalk in 2019, landed in Kazakhstan on Thursday after a record stay on the International Space Station, ending a 328-day mission expected to yield new insights into deep-space travel.

Koch, a North Carolina-born engineer who joined NASA’s astronaut corps in 2013, set the record for the longest stay in space by a woman. Her mission will provide researchers valuable data on how weightlessness and space radiation affect the female body on long spaceflights.

“Women acclimate well to space, so I think this is a milestone that will be overtaken by women in the future and it’s what we aspire to,” said Lori Garver, NASA’s former deputy administrator.

They will be flown by search and recovery teams to the Karaganda region to begin their journey home.

“I’m just so overwhelmed and happy right now,” Koch said, sitting in a chair wrapped in blankets as she waited to be carried into a medical tent to restore her balance in gravity.

Koch also achieved a gender milestone in a spacewalk with fellow NASA astronaut Jessica Meir last October that marked the first time two women stepped out of the space station at the same time. They completed two more all-female spacewalks in January.

NASA’s first attempt at an all-female spacewalk in March 2019 was called off due to a lack of a spacesuit in the right size, which ignited a gender-equity debate.

Koch’s 328 days in space eclipsed Peggy Whitson’s record for an American woman on a single spaceflight at 289 days.

Astronauts on the space station, whose 20th anniversary in low-Earth orbit comes later this year, have made 227 maintenance spacewalks, nearly two dozen of which included women astronauts, according to NASA.

Studying the impact of lengthy spaceflights could prove useful for NASA’s aim of building a permanent space station on the moon within the next decade.