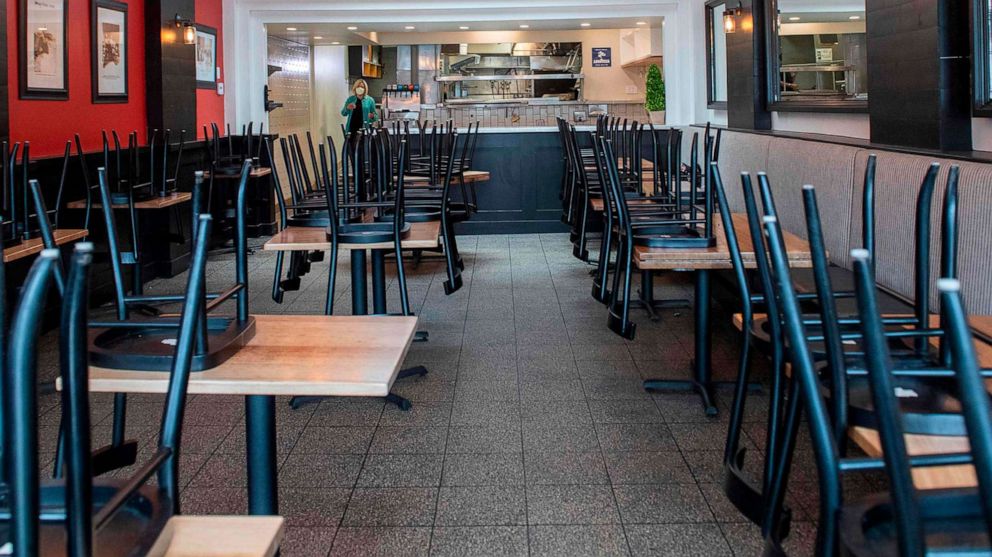 The Independent Restaurant Coalition tapped one of the most recognizable voices in entertainment to capture America’s attention and help shine a spotlight on the dark reality of what’s at stake for bars and restaurants in the wake of the COVID-19 pandemic.

Oscar-winning actor Morgan Freeman narrates a poignant new television ad released by the IRC on Monday that calls for help from Congress and the public as restaurants are “facing extinction.”

His powerful track lines begin over restaurant sounds diners used to hear regularly — laughs, clinking glasses, line cooks calling orders, music — juxtaposed with images of restaurants that have shuttered during shutdowns across the country due to coronavirus.

Throughout the 58-second clip, Freeman talks about the 16 million people employed by independent restaurants who face uncertain employment prospects as the pandemic enters its sixth month.

“The COVID-19 crisis threatens to permanently close 85% of independent restaurants — 16 million people risk losing their jobs — disproportionately impacting people of color and single mothers,” Freeman says over a video of workers from all walks of life, from farmers to wait staff, in masks. “One in four people who lost their jobs during the pandemic were restaurant workers.”

“Without your help, our favorite places to eat will be gone forever,” Freeman continues before urging viewers to “tell Congress to pass the RESTAURANTS Act now.”

The latest public appeal to Congress comes as H.R. 7197 the RESTAURANTS Act of 2020 gains momentum in both the U.S. House and the Senate.

The legislation — which was first introduced in June by Sen. Roger Wicker, R-Miss., and Sen. Kyrsten Sinema, D-Ariz., alongside Reps. Earl Blumenauer, D-Ore. (3rd Congressional District), and Brian Fitzpatrick, R-Ps. (1st Congressional District) — would create a $120,000,000,000 Restaurant Revitalization Fund “to provide structured relief to food service or drinking establishments” through the end of the year. The funds would also prioritize grants to marginalized and underrepresented communities and businesses that make less than $1.5 million a year.

Over 165 members of Congress have co-sponsored the bill that would ultimately protect 16 million people employed by independent restaurants.

“Restaurants have lost more jobs and revenue than any other economic sector because of COVID-19,” Sen. Wicker wrote on Twitter in his post with the new ad.

Chefs and members of the food service industry have repeatedly raised their voices amid the ongoing pandemic to amplify calls for government help in order to support their small businesses.

José Andrés, Marcus Samuelsson, Rick Bayless, Camilla Marcus and Tom Colicchio are among a long list of top leaders in the chef community who shared the powerful video on Monday with their hundreds of thousands of combined followers.

Co-sponsors of the bill, along with food columnists, cookbook authors and an array of food industry partners have shared the campaign to get people to join the coalition on saverestaurants.com, to notify state representatives and ask for support.

Once a person fills in their place of residence, an automated prompt will fill in a letterform to be sent to that constituent’s representatives.

“500,000 independent restaurants and 11 million jobs are on the brink of going away forever if they don’t receive this critical support,” the message reads. “Unlike most businesses that can just turn their lights on, restaurants across the country are restricted from reopening their dining rooms, and will have capacity restrictions when they do. In order for restaurants to serve communities again and assist in reigniting the economy, they need this critical support from the federal government.”

The ad featuring Freeman will be featured throughout the week online and on-air in several markets across the country, the Independent Restaurant Coalition announced.

The spot comes on the heels of new data from restaurant consultancy Aaron Allen & Associates, first reported by Bloomberg News on Friday, that projects one in three U.S. restaurants could close permanently in 2020.

“As many as 231,000 of the nation’s roughly 660,000 eateries will likely shut down this year,” Bloomberg reported from the consulting group’s estimate. “This will bring the industry’s steady growth to a halt and mark the first time in two decades that U.S. restaurant counts don’t climb. Restaurants have already shed millions of jobs this year, economic data show.”