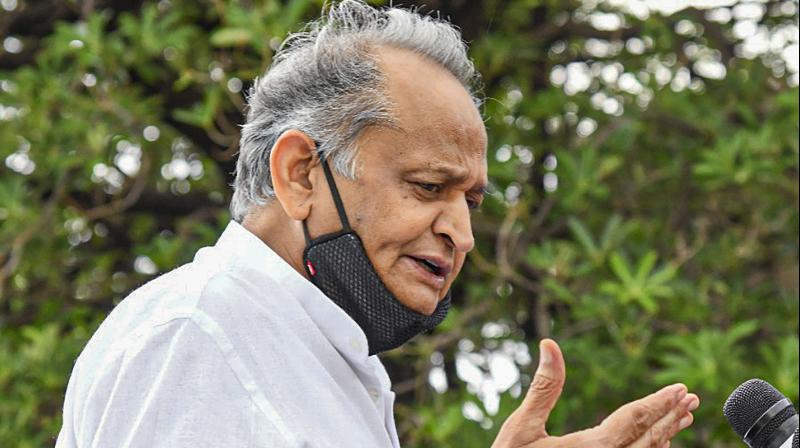 A day after governor Kalraj Mishra gave the go-ahead for convening the state Assembly from August 14, Rajasthan chief minister Ashok Gehlot on Thursday claimed that the “rates of horse trading” in the state have increased.

“After the Assembly session was announced last night, the rates of horse trading have increased. Earlier, the first instalment was of Rs 10 crore and second was of Rs 15 crore. Now it has become unlimited and all know who is doing horse trading,” Mr Gehlot told reporters.

Targeting Bahujan Samaj Party chief Mayawati for her statements against him, Mr Gehlot accused the former Uttar Pradesh chief minister of acting at the behest of the BJP.

The Rajasthan Congress has decided that its MLAs will continue to remain together till the session begins. The decision was taken at a meeting of the Congress Legislature Pa-rty held at the Fairmont Hotel, on the outskirts of Jaipur, where MLAs loyal to chief minister Ashok Gehlot have been holed up since July 13.

“All legislators will remain united and stay together till August 14,” Congress chief whip Mahesh Joshi said after the meeting.

Mr Joshi, however, did not clarify whether the MLAs will continue to remain at the same hotel.

"It will be decided where to stay," he told the media, but ruled out any location outside the state.

One of the rebel MLAs, asked whether they would attend the session by a TV channel, reportedly said, "Of course, we will attend."

The Congress has a total of 107 MLAs in the 200-member Assembly, but the numbers are precarious since Mr Pilot and 18 other dissident MLAs openly defied a party whip leading to their disqualification by the party which was subsequently challenged in the high court.

Mr Gehlot and his sacked deputy, Mr Pilot, have been locked in a power tussle in the state with the latter at one point claiming that 30 Congress MLAs were with him.

However, Mr Gehlot claims that with the support of Independents and allies he has the majority support in the House.

The Congress numbers include six Bahujan Samaj Party MLAs who merged as a group with the ruling party after the 2018 Assembly polls.

The merger has now been challenged in the high court by the BSP and a BJP MLA.

Governor Mishra had on Wednesday agreed to convene a session of the state Assembly on August 14 after rejecting proposals by the state government thrice.

Though Mr Gehlot has indicated that he may seek a vote of confidence when the Assembly convenes, the Congress has refused to specifically state whether this is a part of the session’s agenda.

FAA chief pilots Boeing 737 Max, says ‘I like what I saw’