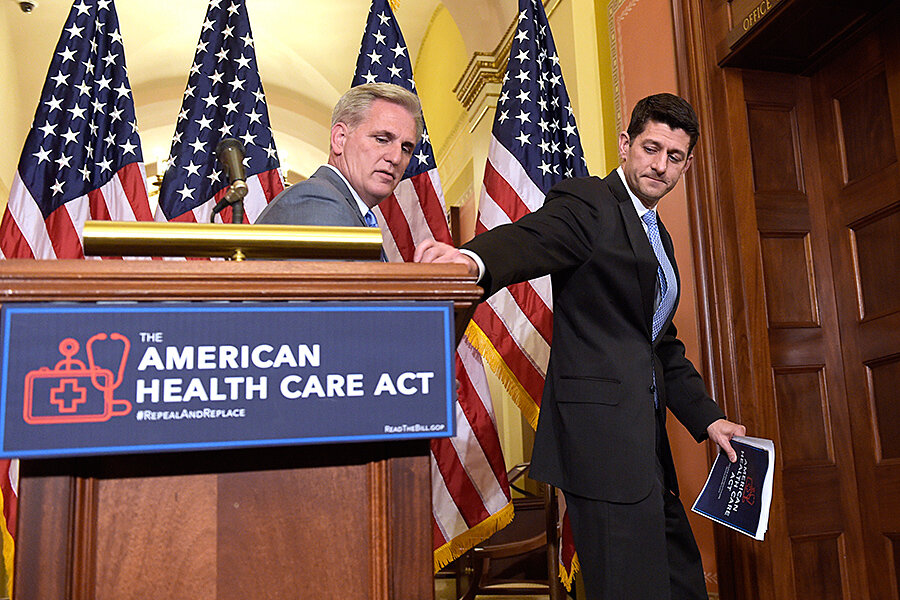 On Monday, House Republicans introduced legislation to repeal and replace the Affordable Care Act (ACA).  In addition to major revisions to Medicaid and other parts of the health care system, the American Health Care Act proposes a number of changes to tax law, including repealing nearly all ACA taxes; delaying implementation of the excise tax on high-cost health plans (the so-called “Cadillac tax”); replacing the existing premium tax credit with a new refundable health insurance credit; and enhancing Health Savings Accounts (HSAs).

Many of the provisions would repeal taxes on high-income households enacted during the Obama administration. To date the congressional Joint Tax Committee has only scored a subset of the revenue provisions so the total impact on revenues is not yet known.  Additionally, CBO has yet to estimate the impact on outlays or health insurance coverage.

An additional 0.9 percent payroll tax on earnings and a 3.8 percent tax on net investment income (NII) for individuals with incomes exceeding $200,000 and couples with incomes exceeding $250,000. Nearly all families affected by the additional payroll and investment taxes are in the top 5 percent of income, with most of the burden borne by families in the top 1 percent of income.  JCT estimates repealing these two taxes would cost $275 billion over ten years. The Premium Tax Credit (PTC), a refundable tax credit to help families purchase health insurance through state and federal marketplaces. To qualify, tax filers must have incomes between 100 and 400 percent of the federal poverty level and be ineligible for health coverage from other sources (such as Medicaid or affordable employer-sponsored insurance).  The PTC primarily benefits low- and moderate-income families.  Penalty taxes on individuals without adequate health insurance coverage and employers with 50 or more full-time equivalent employees who do not offer adequate health insurance coverage to their employees. These individual and employer mandate taxes, which were created to encourage people to get insurance coverage, disproportionately affect low- and moderate-income families who are more likely to lack insurance. Excise taxes on health insurance providers, pharmaceutical manufacturers and importers, and medical device manufacturers and importers. These excise taxes have a similar percentage impact on after-tax incomes for families across the income distribution.  JCT estimates repealing them would cost $190 billion over ten years.

The plan would delay implementation of the ACA’s excise tax on high-cost health plans from 2020 to 2025.  The so-called Cadillac tax is assessed on high-value employer-sponsored health benefits. Because the thresholds are only indexed to general price inflation, more plans would be affected over time.   Middle-income and upper income families would be hit the hardest by the Cadillac tax.  JCT projects delaying the tax until 2025 will cost nearly $50 billion over ten years.

Additionally, the plan replaces the Premium Tax Credit with a new refundable health insurance credit for individuals without public or employer-provided coverage.  The full amount of the new credit varies by age, ranging from $2,000 for those under age 30 to $4,000 for those over age 60.  The credit is capped at $14,000 per family and phases out when income exceeds $75,000 ($150,000 for joint filers).  Relative to the current Premium Tax Credit, which limits family contributions as percent of income and phases out entirely when income exceeds 400% of the federal poverty line, the new credit is less generous towards lower income families.

The bill also increases contribution limits to Health Savings Accounts (HSA), which allow families with certain high-deductible health plans to save tax-free for out-of-pocket medical expenses.  Both individuals and employers can contribute to HSAs.  The proposal raises contribution limits from $3,400 to $6,550 for individuals and from $6,750 to $13,100 for families.  It also reduces the penalty on withdrawals for non-qualified expenses and reverses the ACA’s prohibition on using HSA funds (and flexible spending accounts) to purchase over-the-counter medications.  These changes likely benefit high-wage workers more than others as they are more able to save and more likely to be constrained by current contribution limits.

The American Health Care Act is an ambitious plan to repeal and replace the ACA that includes a number of changes in tax policy.  We plan to further assess the cost and distributional effects of the proposal shortly.