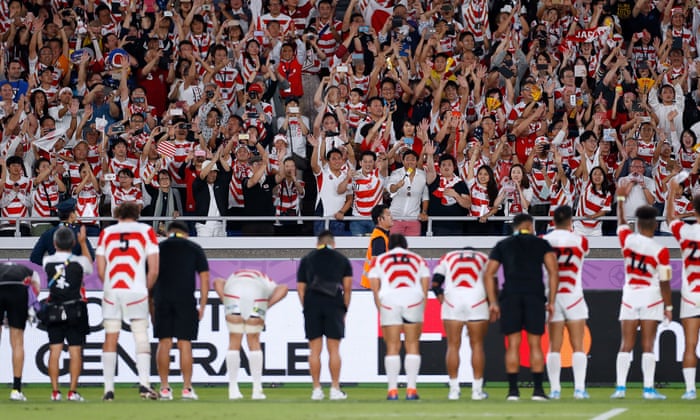 The eight-country tournament that will replace the traditional autumn internationals this year is a practical way of filling the void left by the Rugby Championship teams but the question for the longer term is where will Japan’s advance to the tier one bracket be made: in Europe or the south?

The same could be said for Fiji, who along with Japan will this autumn lace the Six Nations teams with a splash of flair. But their recent administrative problems and the lack of an infrastructure in their domestic game weigh against them.

Argentina’s advance in the past decade has been slowed by the imminent departure of the Jaguares from Super Rugby and their players are again looking for contracts with European clubs.

Japan offer more than Fiji and Argentina commercially, as shown by the financial success of the 2019 World Cup, when a country that had largely been unfamiliar with the sport embraced it with astonishing fervour. The Rugby Championship would be a more natural fit for the Brave Blossoms than the Six Nations because the country’s Top League starts in January and ends just before the international window in the middle of the year.

The league was due for a shake-up next year but that is likely to be put on hold until January 2022 because of the postponement of the Olympic Games. The tournament will be expanded and divided into three tiers but it will still be played during the Six Nations and before the Rugby Championship.

Japan see their future in the south and are waiting to see how talks over a global calendar develop. That would synchronise the seasons in the two hemispheres and combine the two Test windows at the latter ends of a campaign. The Japan Rugby Football Union’s director, Yuichiro Fujii, said recently that he hoped some of the Top League teams would become involved in a new-look Super Rugby tournament. 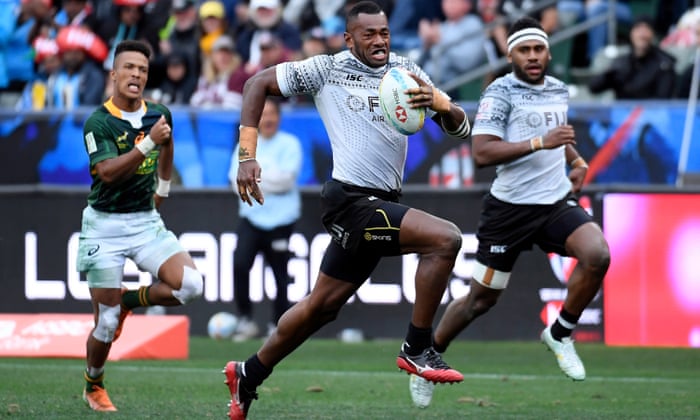 “It would improve the level and value of the domestic league and gain us international experience,” said Fujii who, along with the national coach, Jamie Joseph, is to present a plan for the future of the JFRU board. His belief is that the new tournament would be played in June and July, after domestic competitions have been completed.

That implies a slimmed down Super Rugby with, presumably, New Zealand and Australia hosting internal competitions first. As the World Rugby chairman, Bill Beaumont, acknowledged this week, many decisions in the immediate future will be based on geography. “Players and teams have been travelling the globe and I do not think this will return in the near future,” he said. “I have heard they are considering putting Hawaii in Major League Rugby and that Fiji or Japan could be invited into Super Rugby: these are decisions that need to be taken.”

But what happens to Argentina, whose place in the Rugby Championship will be compromised without a team in Super Rugby? Matías Moroni, Matías Orlando and Matías Alemanno are bound for the Premiership while Guido Petti, Jerónimo de la Fuente and Marcos Kremer will be in France. How many will continue their international careers if they are away with the Pumas every September, October and November?

South Africa are looking to move their professional franchises from Super Rugby to the Pro14, although it remains to be seen whether the country’s two sides that are currently in the tournament will be involved when the season starts at the beginning of October, and not just because of whatever travel restrictions will be in place by then.

The Premiership and the Top 14 are self-contained tournaments in that they are played in one country. The Pro14 is made up of teams from five unions with travel by air unavoidable. The reason professional, but not amateur or semi-professional, rugby is able to resume in Britain next month is because the players, while not operating in a bubble, are following clear protocols, are regularly tested and are advised to keep social contact away from their clubs to a minimum.

The community game, with players earning their livings outside rugby, is not able to implement the same safeguards and so have to observe the regulations on social distancing. When the Pro14 resumes along with the European Champions and Challenge cups, do teams flying to matches charter aircraft, absorbing an extra expense at a time when they are struggling financially and playing in empty grounds, or board commercial flights and expose players and staff to greater risk?

Japan, like Argentina, have to travel long distances. If, for the foreseeable future, staying local is considered the safest option, the game in the post-pandemic world will need to widen its boundaries and greater maximise its commercial reach.

There will be no global calendar next year with the British & Irish Lions unable to wait any longer and going ahead with the 2021 summer tour to South Africa. But what the past four months have shown is the value of unions working together rather than weighing themselves down with self-interest.

World Rugby has started an independent review of its governance as Beaumont looks to shake the game free of its remaining amateur shackles. It is time for a reset: for all the talk of one Premiership owner that clubs in France and England generate 50% of the game’s revenue, the Rugby Football Union’s turnover is greater than that of the 12 clubs in the top flight combined. The dog has to start wagging its tail.