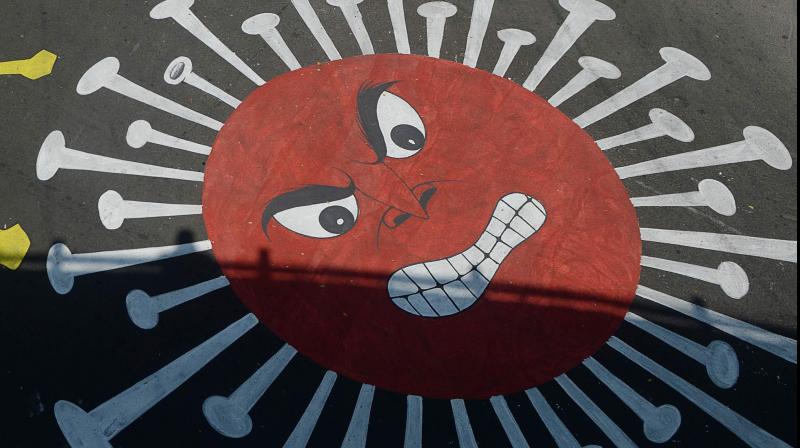 Hyderabad: Two hundred and thirty-nine scientists from 32 countries have come out in support of research into the airborne transmission of SARS-CoV2, the virus which causes COVID-19. The initiative is meant to persuade the World Health Organisation (WHO) to consider the virus as an airborne vector. Missing from this action are India and its scientists.

That is because research into communicable diseases is poor in India, according to a top virology researcher. “If you see 50 research papers in top journals on the topic, you will see about 35 from the USA, about 10 from Europe and the rest from other countries including China,” said Dr Syed E Hasnain, former head of the Centre for DNA Fingerprinting and Diagnostics (CDFD) and currently vice-chancellor of Jamia Hamdard University,.

There has been no research in India into how COVID-19 spreads and there is none that is likely to happen, he told Deccan Chronicle. India is heavily dependent on the rest of the world when it comes to understanding how Covid-19 spreads or how to control the virus.

The initiative for research on the airborne nature of the coronavirus was taken up by Lidia Morawska and Donald K. Milton of the International Laboratory for Air Quality and Heath, Queensland University of Technology, Australia, and the University of Maryland School of Public Health, USA.

Among the countries from where scientists put down their names in support of Morawska and Milton’s research are Estonia, Lithuania, Madagascar, apart from with academic research giants such as the USA. The other countries include the UK, Australia, Germany, Israel, France, Italy, the Netherlands, China, Canada, Singapore, Japan, Denmark, Sweden, Republic of Korea, Portugal, Norway, Taiwan, Lebanon, Poland, Jordan, Finland, New Zealand, Greece, Belgium, Switzerland, Spain and Brazil.

Morawska’s research essentially says that it is time to revisit the theory that coronavirus spreads through droplets. The research, first reported by the New York Times, says virus particles can glide across a room for several metres and that it is time for WHO to call it a disease that is more communicable through air than previously believed.

“I am not surprised that this could be the case,” said Dr Hasnain.

“There is so much being learnt about the virus every day and never before have we seen such a breadth of research into a pathogen. What we know tells us it is going to be more dangerous in the days, weeks, and months to come. The WHO will have to take a call on the latest research,” he said.