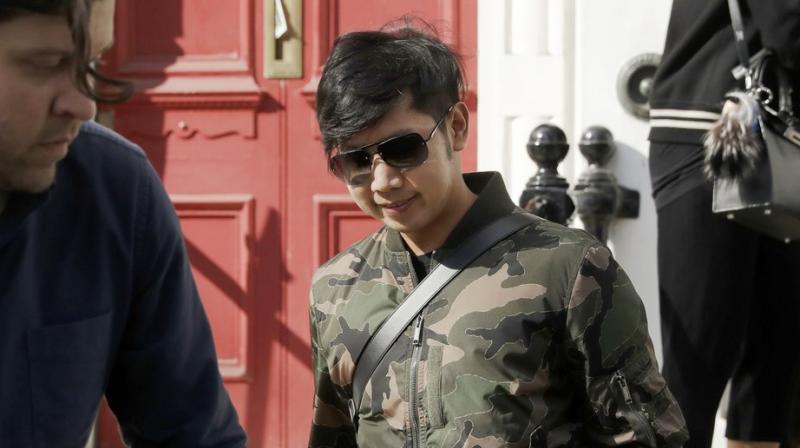 Bangkok: Charges have been dropped against a Thai heir to the Red Bull energy drink fortune who was accused in a 2012 car crash that killed a Bangkok police officer, police in Thailand said Friday.

Lt. Col. Thanawuth Sanguansuk from Bangkok’s Thong Lor police station confirmed that all charges against Vorayuth Yoovidhya had been dropped. Thanawuth said that the prosecutors who handled the prosecution of the case had informed the police last month that they have decided to drop all charges.

“Yes, they had informed us of their opinion to drop all charges. They are citing the fact the family members are compensated already,” Thanawuth said.

Vorayuth, better known by his nickname “Boss,” was wanted in connection with the September 2012 hit-and-run crash in which a police officer on motorcycle patrol was struck and killed by a driver in a Ferrari.

He has avoided meeting prosecutors ever since and became a fugitive from justice. What seemed to be a desultory effort by police to track him down fueled criticism that Thai authorities are lenient with wealthy suspects.

Vorayuth’s family owns about half of the Red Bull empire, which was co-founded by his grandfather. Forbes magazine’s list of the richest families in Thailand places them second, with an estimated wealth of $20.2 billion.

Porn-anant Klunprasert, brother of the dead police officer, acknowledged in a phone call with The Associated Press that he had signed a contract with the Yoovidhya family in 2012 in which the officer’s survivors agreed not to file criminal and civil charges over the death in exchange for 3 million baht ($94,400 ) compensation.

However, he expressed regret over the decision of prosecutors to drop charges.

“Many of my friends called to tell me that the state prosecutors have dropped the case,” he said. “It hurts me a lot. It shows no justice for the poor. Thailand has a very wide gap between the rich and the poor in every aspect, and this case is a clear example.”

At a news conference Friday, police spokesman Col. Krissana Pattanacharoen declared that the dropping of charges was done according to standard procedure and did not involve favoritism or double standards.

He said police had made known to the prosecutors the evidence they had collected and the results of their investigation, and the prosecutors made the decision to drop the charge, which police agreed with.

Krissana said the cancellation of the Thai and Interpol arrest warrant was being processed.

Vorayuth left Thailand in April 2017, days before authorities finally issued an arrest warrant, and his Thai passports were later revoked.

He originally faced three charges, but only one remained because he avoided authorities for so long. A speeding count expired in 2013, and a hit-and-run charge expired in 2017. The statute of limitations for the last charge, causing death by reckless driving, would have run out 15 years from the date of crash.