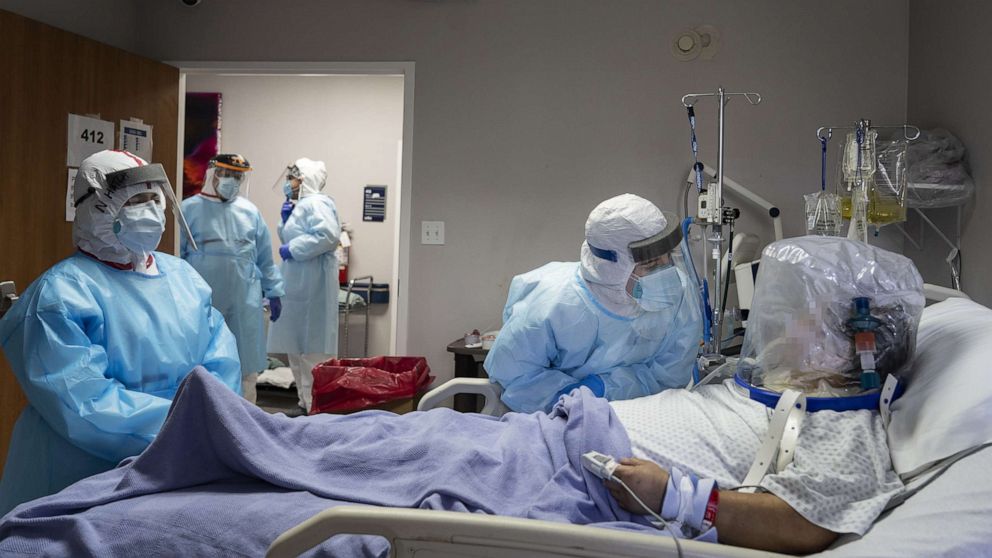 A pandemic of the novel coronavirus has now killed more than 690,000 people worldwide.

Over 18.1 million people across the globe have been diagnosed with COVID-19, the disease caused by the new respiratory virus, according to data compiled by the Center for Systems Science and Engineering at Johns Hopkins University. The actual numbers are believed to be much higher due to testing shortages, many unreported cases and suspicions that some national governments are hiding or downplaying the scope of their outbreaks.

Since the first cases were detected in China in December, the United States has become the worst-affected country, with more than 4.6 million diagnosed cases and at least 155,191 deaths.

Here’s how the news developed on Monday. All times Eastern.

Lord & Taylor has become the latest retailer to file for bankruptcy as the coronavirus pandemic has wreaked havoc on retail chains and sales around the country.

The company filed for bankruptcy protection in the Eastern Court of Virginia on Sunday.

“Today, we announced or search for a new owner who believes in our legacy and values,” the company said in a statement on its website. “Part of our announcement also includes filing for Chapter 11 protection to overcome the unprecedented strain the COVID-19 pandemic has placed on our business.”

“Thank you for your support, now more than ever,” the statement continued. “Our mission is to continue to serve you, your family and your community for generations to come.”