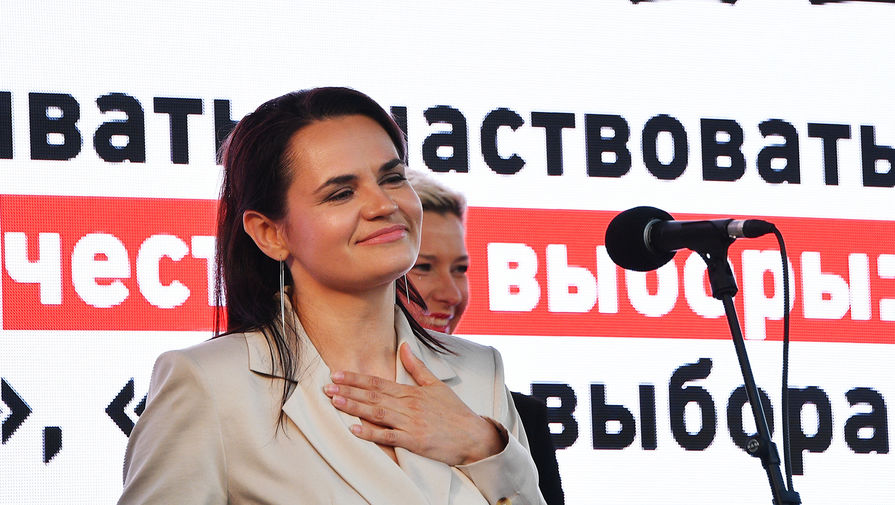 German Chancellor Angela Merkel needs to convey to the President of Belarus Alexander Lukashenko that Belarusians are tired of the dictator and want fair elections, not war, with this statement from the pages of the German newspaper Bild were made by the opponents of the Belarusian leader in the upcoming elections Svetlana Tikhanovski.

The opponents of the President of Belarus Alexander Lukashenko in the upcoming elections Svetlana Tikhanovski asked the German authorities to warn the head of state.

His appeal to German Chancellor Angela Merkel Belarusian opposition was voiced in an interview with German newspaper Bild, which ran the headline: “This woman defies Europe’s last dictator”.

“Mrs. Merkel, contact Lukashenka. Tell him we do not want war. All we want is honest elections. We are tired of the dictator. We were tired,” said Tikhanovski.

Himself Lukashenko in his election campaign proposed to amend the state’s Constitution by referendum. According to him, domestic and foreign policy of the country should benefit people, the main directions of development of the Republic defines the slogan “government for the people!”.

“The willingness of Belarusians to take responsibility for the fate of the country is obvious. The degree of this responsibility will set the people. But the law! Not on the streets and squares, and in legal relations. Let’s start with the Constitution,” reads the program of the Belarusian leader.

Your rights, freedoms, duties and powers of public authorities of Belarus should determine through a national referendum, Lukashenko assured.

Under its program of primary importance is the people and fair attitude towards them.

This is in direct response to the numerous protests in Belarusian cities, as against Lukashenko and Tikhanovski.

A day earlier in his address to the nation Lukashenka assured that fraud and “steal” votes will not. A large part of his speech, he dedicated the pre-election environment and competitors.

As expected, the keynote speech began warnings of the President from destabilizing the situation in the country, a “color revolution” and the external influence. And this part of the speech was very eloquent.

“Those who are already at the stage of the electoral campaign is betting on the protests, it divides people into friends and foes, will break first the society, then the country apart. It always has been,” said he.

“Yes, while hot there is no war, no shooting, still the trigger is not pressed. But trying to organize a massacre in the center of Minsk is already evident. Against Belarus thrown billions of dollars in resources, mobilized the latest technology,” — said Lukashenko.

The President called to keep the peace in the country, to protect young people “from harmful actions” to counter the “puppeteers”, assured that he will accept any decision of the people that he would “not betray”, warning that the election citizens have “no right for mistake”.

Thursday, July 30, Lukashenko is facing one of the greatest challenges in its 26 years of government — in the Park “Friendship of peoples” took place in Minsk thousands protest in support Tikhanovski, representing the interests not admitted to the elections and persecuted in the country of politicians.

According to the human rights center “Viasna”, the rally came more than 63 thousand people, free space fenced for the rally area was not, many people stood outside the fence.

The event was held under reinforced security measures after the arrest in Minsk “Russian militants” whom law enforcement bodies suspected of preparing mass riots.

Tikhanovski the beginning of his presidential campaign in mid-may after the Central election Commission of Belarus refused to register the candidate her husband Sergei Tikhanovski.

He became the head of the initiative group of staff of his wife, but was subsequently detained by police and charged with first gross violation of public order, and then in the obstruction of the elections.

Despite this, Tikhanovski continued to campaign, spend quite a successful campaign across the country — meeting in Minsk can be called the apotheosis of its work in this direction, but her Association with Maria Kolesnikova and Veronika Tsepkalo — heads of staff not committed to the election Victor Babariko and Valery Tsepkalo.