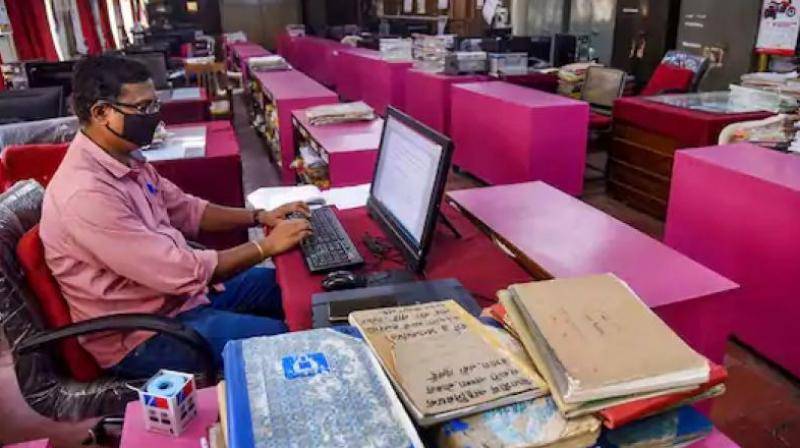 The IHS Markit India Services Business Activity Index was at 33.7 in June, up from 12.6 recorded in May.

Despite the rise, the Indian services sector activity contracted for a fourth successive month in June. A print above 50 means expansion and a score below that denotes contraction, as per the IHS Markit India Services Purchasing Managers' Index (PMI).

Simply put, the country is gripped in an unprecedented economic downturn which is certainly going to spill over into the second half of this year unless the infection rate can be brought under control, Hayes added.

The death toll due to COVID-19 in the country has increased to 18,213 and the number of infections has spiked to 6,25,544, according to the health ministry.

Hayes further said though some companies have seen activity stabilise, but this is most likely just reflecting closures and temporary suspensions. While this will have contributed to a rise in the PMI figures, "this certainly isn't a promising sign".

According to the survey, the slower rate of decline was reflective of some stabilisation in activity levels, with around 59 per cent of firms reporting no change in output since May. Meanwhile, "only 4 per cent registered growth, while 37 per cent recorded a reduction," it said.

Meanwhile, total new orders fell at a sharp pace during June, which firms attributed to reduced consumption habits. In some instances, customers had closed their businesses due to the unfavourable environment. Besides, there was yet another steep drop in export sales.

On the prices front, for a third month running, Indian service providers reported a reduction to their input costs in June and lower expenses were passed through to clients via discounts during the month.

Meanwhile, the Composite PMI Output Index, which measures combined services and manufacturing output, rose to 37.8 in June, up from 14.8 in May, but still below the crucial 50 level which separates growth from contraction.