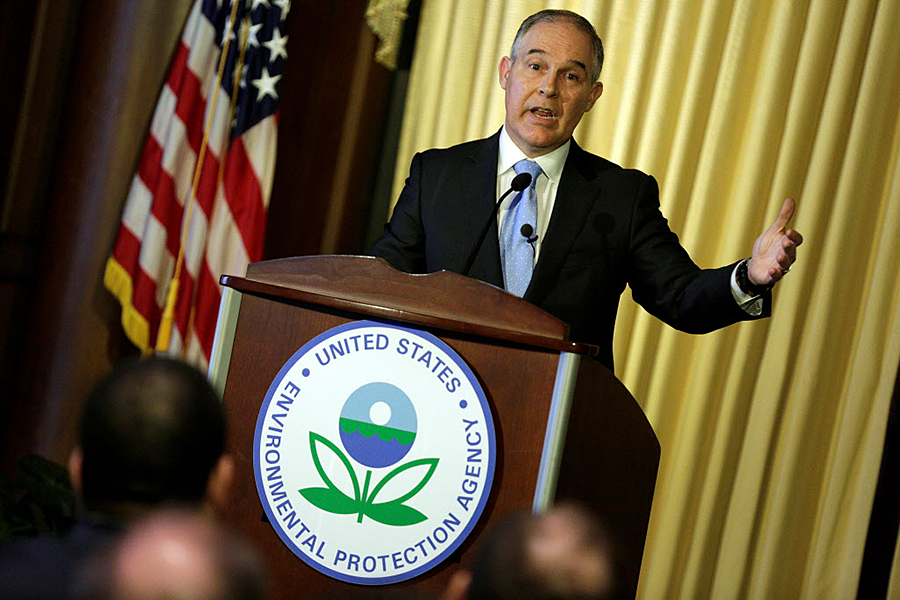 The U.S. Environmental Protection Agency is emerging as one of the government entities most targeted by the new Trump Administration for change.

In this case, if reports of the administration’s draft budget proposal are accurate, change means wholesale elimination of staff, funding, and programs.

Yesterday, however, an even more remarkable fact came to light.

For the first time in its 45-plus years of existence, the EPA Science and Technology Office no longer has the word “science” in its mission statement.

The news comes via the Environmental Data and Governance Initiative, which shared it yesterday, as reported by The New Republic.

The first sentence of the mission statement used to say the agency was responsible for developing “sound, science-based standards.”

But since January 30, the word “science” has vanished. The mission statement now says the EPA develops “economically and technologically achievable standards.”

The before-and-after comparison above indicates the changes.

Top-level pages on climate change remain on the EPA’s website after a public furor arose over rumors they would be removed.

But the EDGI notes that other pages have been removed and wording has been changed, including the wording of the mission statement.

This poses the theoretical possibility that the standards by which EPA evaluates current and proposed regulations are judged will change to allow cost concerns to overrule scientific assessments.

A case in point is the repeated claim by auto-company CEOs and their lobbying arm, the Alliance of Automobile Manufacturers, that “up to 1 million jobs” could be lost if the EPA’s emission standards for 2022 through 2025 are left in place.

That claim, based on a study by the Center for Automotive Research, has been widely debunked, as have the assumptions made by the study.

But if industry concerns supported by such unscientific claims were to dominate rational, fact-based assessments, the regulatory outcome could likely be quite different.

For the record, the voluminous Technical Assessment Report issued last summer by EPA scientists and analysts concluded that the auto industry had met corporate average fuel economy standards from 2012 through 2017 at lower cost and using more conventional technology than projected when they were written.

It further concluded that this trend would continue through the 2025 model year, allowing the industry to avoid much of the expensive electrification it has said would be required to meet those standards.

That may not matter now that the agency is run by Scott Pruitt, who has repeatedly denied accepted climate science and sued the agency he now leads more than a dozen times on behalf of Oklahoma’s fossil-fuel extraction industry while he was the state’s attorney general.

The change in the wording of the agency’s mission may, advocates fear, be a precursor to wholesale reassessment of not only proposed regulations but existing rules now on the books.

Like much else in the Trump Administration, how this all plays out remains to be seen.

We wonder what Bill Nye, “Science Guy,” would have to say about this.