Model Natasha Encinosa (Natascha Encinosa) gained popularity in social networks thanks to a memorable figure. The circumference of one thigh girls is equal to 66 inches, which is greater than the volume of her waist. The model looks impressive and attracts a huge number of followers on her account in Instagram.

Looks Encinosa so unusual for many of its fans that it compares with Chun-Li, one of the main heroines of the game series Street Fighter. And some men write to her and ask — expressing, apparently, his admiration — “to crush their head between your legs”. That don’t like the girl. 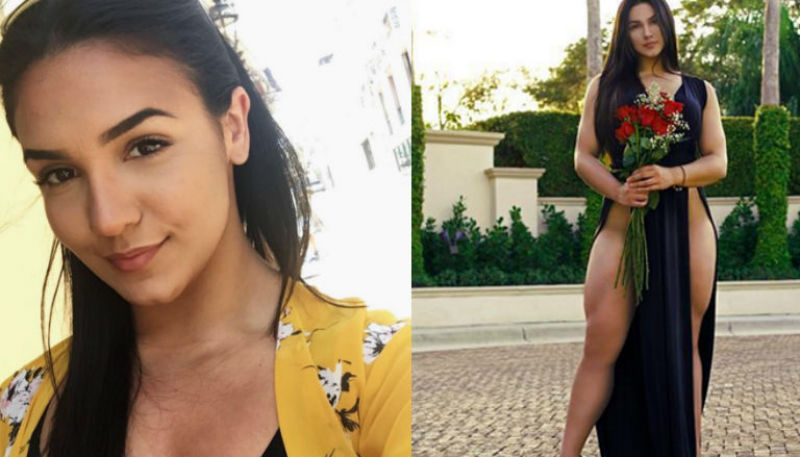 This form Encinosa has achieved four years of continuous training at least two hours in the gym five days a week.

The girl used to dance, and hall became interested in at age 14. “In adolescence I was overweight. One boyfriend left me because I was fat.” And then the next model went into the hall.

Virago. Happy Int'l Women's Day to all my ladies out there! ??

LOL. I love y'all. Should I consider cosplaying Chun Li? #ivebeennamedthereallifechunli #thanks #iwish

Encinosa became known only recently, after fans noticed that she looks like a character from the video game of the 90s. Her photos immediately went to the Internet.

Feeling brand new ✨ Just 5 days post-op and I'm honestly surprised at how well I've been recovering. I have about 80% of my mobility and almost no pain (definitely because of the meds.) Can't wait to hit the gym ? Big thanks to @drmendieta and the staff at #4Beauty for the great hospitality & help ??

When you put the work in, man, it shows

Hip thrusters! ? For those of you who workout alone and have no one to hand the bar to you, this is how you can do it! Make sure your legs are bent at a 90 degree angle when you raise your hips, and put all the weight on your heels. You can see my toes up in the air for that reason. Hold and squeeze when you go up on each rep to feel those glutes burn ???

6 days post show! My abs are gone for the most part but I'm blaming that on the plethora of pancakes I had last night ? I haven't binged how I expected to, mostly because I don't desire it. Just having minor cheats here and there while still maintaining a clean diet. I've taken this week to let my body rest a bit, lord knows I needed it ?? Still training every day, but honestly haven't done cardio all week, CLEARLY. Buuuut I'm looking forward to getting back on my cardio game next week to keep this tummy tight. The abs have to stay ? #wbffpro

"No one has ever achieved anything truly significant in any sphere of life without being absolutely devoted to what they are doing." – What's been your biggest accomplishment this year?