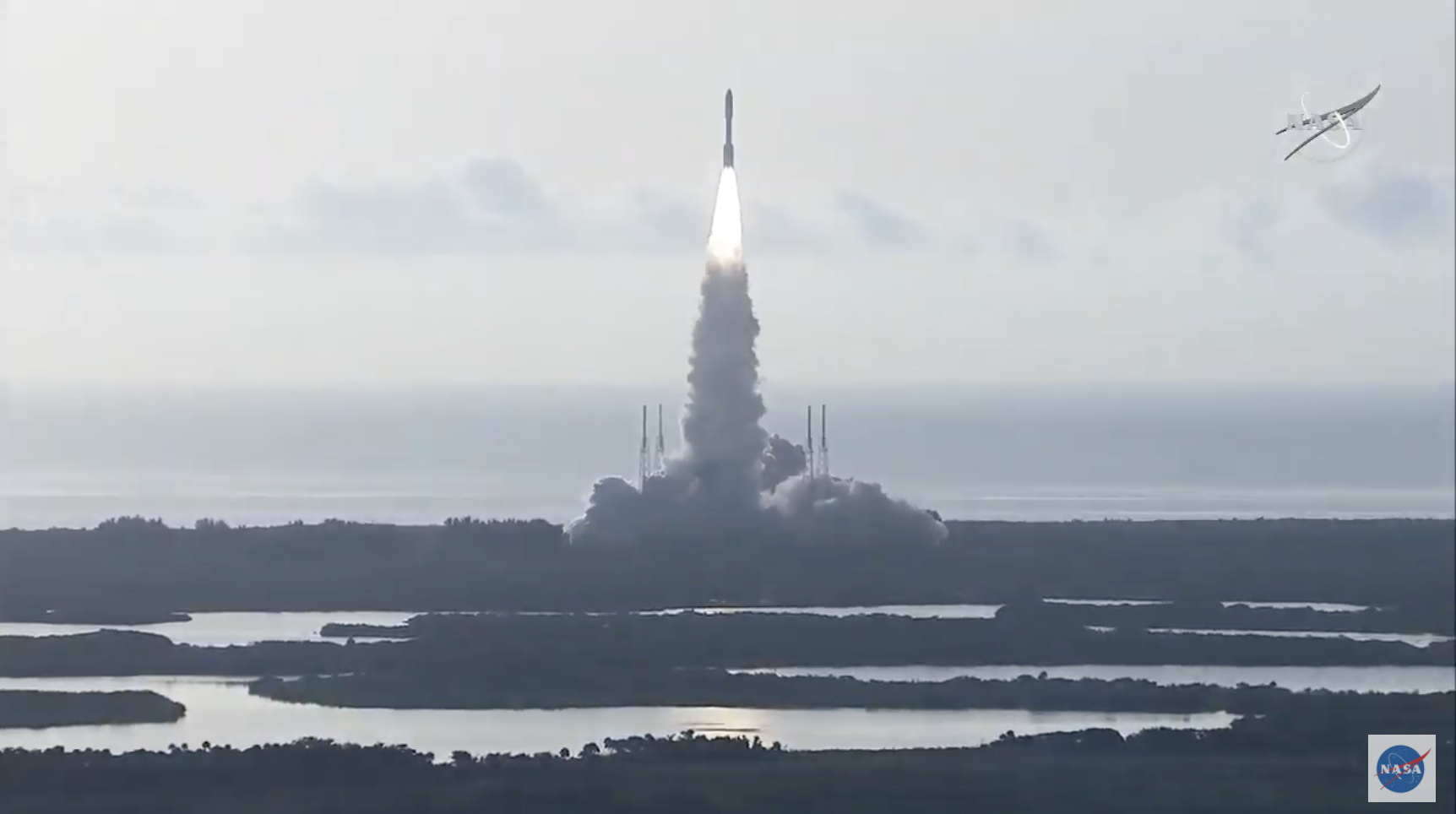 Nasa has launched its mission to Mars in search of evidence of past life on its surface.

The Perseverance rover lifted off from the Cape Canaveral Air Force Station in Florida on Thursday at 07.50 local time [11.50 GMT] aboard a United Launch Alliance Atlas V rocket.

Just moments before the launch, California was hit by an earthquake that could be felt by mission controllers at Nasa’s Jet Propulsion Laboratory, based in Pasadena. Although that left engineers surprised – and prompted remarks about how, alongside the coronavirus outbreak, events seem to have made the rover’s name especially apposite – the rocket blasted off on time.

After some anxious minutes during which the rocket fired the spacecraft into space, and then onto a trajectory for Mars, as mission controllers waited for the spacecraft to power up with solar energy so that it could phone home, signals sent back from the spacecraft confirmed that it had safely launched and was on track for the Red Planet.

It will now cruise to Mars until February, when it drops down onto the surface ready to look for evidence of alien life. Engineers said they were hoping that the journey would be “quiet and boring”, ahead of the stressful descent that will see the rover land on its surface.

Perseverance will travel 314 million miles over a period of nearly seven months attempting to land on a crater named Jezero. Only eight Nasa missions have successfully pulled off a descent to Mars, a feat that has been described as “seven minutes of terror”.

The rover is Nasa’s smartest and strongest yet, packed with a range of technologies intended to better understand the Martian landscape, and hunt for evidence of life. It is also packing a helicopter that will become the first ever craft sent by humans to fly across another planet.

It is the third mission heading to the Red Planet this month after launches by the UAE and China.

Satellite images suggest Jezero used to be a lake more than 3.5 billion years ago, when Mars was warmer and wetter.

The crater houses rocks that contain clays and carbonates, which scientists believe may have the potential to preserve organic molecules that could provide evidence of past life.

Along with several sophisticated instruments that will gather information about Mars’s geology, atmosphere, environmental conditions and signs of life, the rover is also carrying a small 1.8kg helicopter.

Called Ingenuity, the aircraft will fly short distances. If successful, it could lead to more flying probes on other planets.

This includes testing a method for producing oxygen from the Martian atmosphere, and identifying other resources such as subsurface water.

Meanwhile, scientists in the UK will help Perseverance select the Martian samples to be brought back to Earth.

Researchers at Imperial College London and the Natural History Museum will identify samples of Mars that could contain evidence of past life and study the mineralogy and geochemistry of the different rocks found in the crater.

Professor Mark Sephton, from Imperial, said: “I hope that the samples we select and return will help current and future generations of scientists answer the question of whether there was ever life on the Red Planet.

“With one carefully chosen sample from Mars, we could discover that the history of life on the Earth is not unique in the Universe.”

It is also a busy week for Nasa, as it gears up to welcome two astronauts home as they attempt a splashdown off the Florida coast on Sunday.

Bob Behnken and Doug Hurley will arrive in the Crew Dragon spacecraft, called Endeavour, which was designed and built by SpaceX.

The duo will close out a mission that was designed to test SpaceX’s human spaceflight system, including launch, docking, splashdown, and recovery operations, Nasa said.