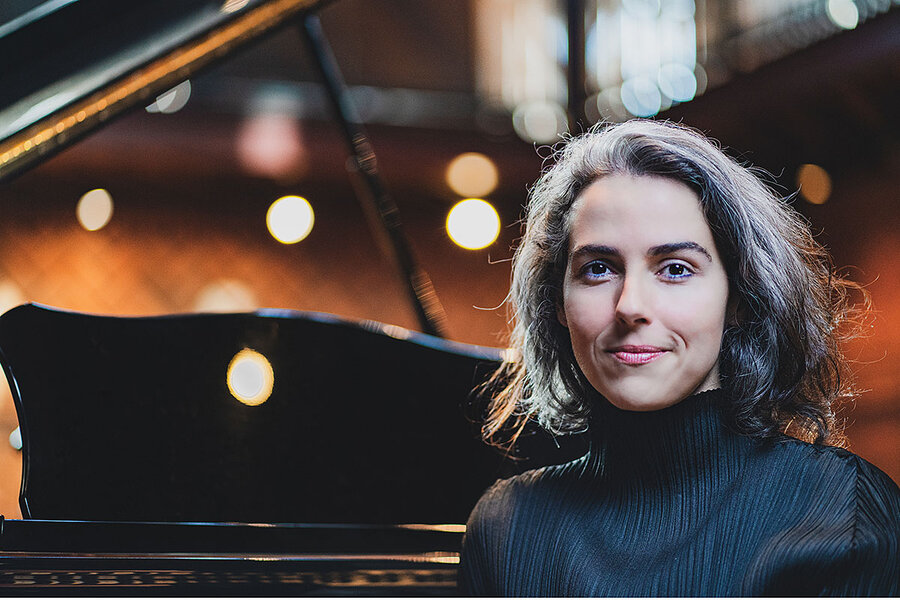 The Albany Symphony, with its focus on living composers, regularly commissions new works from Ms. Assad, and she’s a popular performer at the annual American Music Festival. The orchestra industry remains largely risk averse, says Mr. Miller, and that means being reluctant to embrace new and unusual voices, such as that of Ms. Assad, who has more than 70 works to her name.

A recent study by the Institute for Composer Diversity reported that of the 4,066 works scheduled to be performed by 120 American orchestras in the 2019-20 season, only 8% are by women. And that number is a jump from the 2014-15 season, when female composers made up 1.8% of total works performed. That doesn’t mean orchestral works by female composers aren’t available; the Institute for Composer Diversity cites 7,410 in its database.

Programming an orchestral season is a complicated formula of personal preferences of artistic directors, conductors, solo artists, funders, and audiences. Orchestras tend to choose works by mainly deceased, white European men. And because scores are expensive to reproduce, orchestras are more likely to draw from their established libraries.

But there are signs of progress. The League of American Orchestras has been sponsoring emerging female composers since 2014. For the 2019-20 season, many orchestras planned special programs featuring compositions by women to celebrate the 100th anniversary of the 19th Amendment – although many were canceled because of COVID-19.

An eye for innovation

For her part, Ms. Assad seeks to help others embrace new ways of thinking about music. Her award-winning Voxploration programs, which focus on songwriting and improvisation workshops, have attracted participants across the U.S., Brazil, Europe, and the Middle East.

When asked to help commemorate the legacies of famous New York residents Susan B. Anthony, Frederick Douglass, and Sojourner Truth for “Sing Out! New York,” Ms. Assad was drawn to Truth’s speech “Ain’t I a Woman.” Delivered in 1851 at the Woman’s Rights Convention in Akron, Ohio, it is largely recognized as one of the most famous abolitionist and women’s rights speeches in U.S. history. (Although, according to the National Park Service, there is debate around whether the phrase “ain’t I a woman” was added later by someone else.)

In partnership with the Albany chapter of Girls Inc., a national mentoring organization that works to develop leadership qualities in girls ages 6 to 18, Ms. Assad held a workshop with about 10 girls to first study “Ain’t I a Woman” and then draw from their own lives to create lyrics and a melody. Some of the girls had musical experience, but composing was new to all of them.

The song created by the group, and performed by a local girls’ chorus, was the centerpiece of a work that included an actress delivering Truth’s speech with accompaniment by the orchestra. It concluded with Ms. Assad leading an audience call and response, weaving echoes of the past with voices of the present.

“I thought about it … like a mosaic because there were so many little pieces to put together and they were all pretty and powerful in their own way,” says Ms. Assad. “But they didn’t necessarily go together, so I had to find a way to glue them all.”

“A safe and positive environment”

Rishita Nagothi, a rising senior at Tech Valley High School, said she found a new confidence about her singing from the workshop and performance.

“The workshop was really fun, and I loved it,” says Rishita in an email. “I really don’t see myself as a singer or good at music, but Clarice was really encouraging and created a safe and positive environment, which made me feel comfortable.”

Learning about Truth was eye-opening to Suchi Mehta, a rising senior at Niskayuna High School not far from Albany.

“[The workshop] kind of changed how I look at things, because when we learn about the women’s rights movement we look at women like Susan B. Anthony and white women and their role in it. [And when we learn about abolition] we look at Frederick Douglass, a black man’s perspective on it,” says Suchi in a video call. The intersection of those, she notes, is African American women. “And we don’t really get to see their perspectives as much in schools,” she says. “So now I look for those other perspectives more.”

Working with girls over the past decade – and the orchestra world’s season focused on women – gives Ms. Assad hope. “That whole year [2019-20] was about women composers. But, you know, we don’t want one year to be the vote for us and then nothing. We want that to keep going,” she says. “So we’ll just have to keep on thinking, ‘We are here to stay and our voice matters as much as any other voices.’”