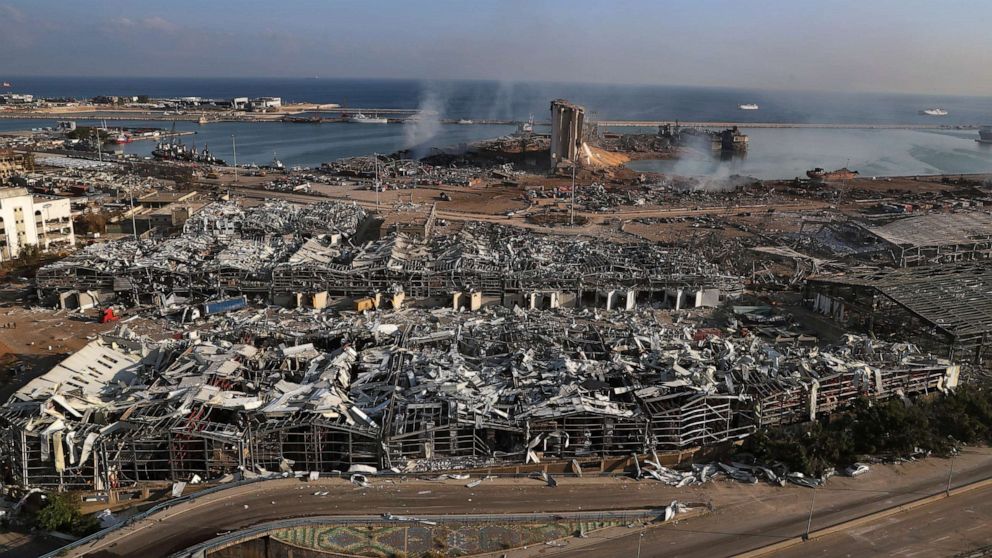 Dr. Seema Jilani was tending to a wounded teenage girl, still trying to register what had happened Tuesday after a massive explosion rocked Lebanon’s capital city of Beirut when her husband told her on the phone that she needed to get home to help her daughter.

Jilani, a pediatrician who has also been trained to work in combat zones, stabilized the teenager and then ran a block-and-a-half to her apartment complex, passing over shattered glass from windows and other wounded people. When she arrived, she found her 4-year-old daughter, Eman, injured and wrapped in a towel.

As Jilani tried comforting Eman with lullabies, she said she realized her daughter’s wounds were more serious than she had initially thought. With her husband’s help, she was able to find an ambulance on the street. She carried Eman to the ambulance, but there was chaos inside — other people who’d been injured by the blast had packed the ambulance.

In that moment, Jilani found herself caught between fulfilling her duties as a doctor and those as a parent. “I’m thinking … I should be stabilizing these patients, I should be working on them,” Jilani said. “But who’s going to hold my daughter if I’m doing that?”

Jilani said she tried positioning herself in a way that hid her daughter from “seeing complete carnage.”

“I’m telling Eman … ‘Look at me, honey. Just look at momma. I just want you to look straight into my eyes and we’re going to think about our favorite place, the beach. And if you feel cold, if you feel any liquid on your legs, then we’re going to think about that like the beach, because we love the beach.’ And so, obviously, I’m talking about blood that’s coming out of her legs.”

At least 135 people have died and over 5,000 have been injured from Tuesday’s blast, which leveled buildings throughout the city and was felt nearly 150 miles away in Cyprus. Officials believe the cause was over 2,700 metric tons of ammonium nitrate, a highly explosive substance used in fertilizer, that had been stored at a warehouse in the city’s port.

Samah Hadid, who lives less than a mile away from the blast site, said the blast took the city by surprise.

“Whilst people in Beirut are used to, unfortunately, these sorts of incidents of terrorism [and] war, what happened yesterday was still very much devastating and something on another level.”

Hadid said she was in her apartment when the blast occurred and that she felt the building shake from it.

“It was a very terrifying few minutes — very blurry,” she said. “But what I can recall is that I was near the window and saw clouds of pink smoke engulf the sky, and then a huge shake. So I ran immediately to take cover in the one corner of my apartment that is protected. I fell to the ground and within minutes, the whole place felt like it was going to collapse. It was almost as if there was an earthquake and a bomb exploded all at once.”

Hadid said the blast had torn through her apartment, destroying most of the furniture and shattering the windows. Concerned the building would collapse, she left.

“I was terrified,” she said. Injured neighbors had made their way out before her. “Seeing the blood on the staircase and seeing how injured my neighbors were as well, it was quite distressing. But we needed to get out of there.”

Once on the street, she said nearby buildings and houses had also been “turned to rubble.”

“And people out in the streets with injuries, screaming and shouting, completely in distress,” she continued. “And I, myself, was just confused about what just happened.”

Nabih Bulos, a foreign reporter for The Los Angeles Times, was also in Beirut during the explosion. He told ABC News that after he saw smoke in the distance, he got on his motorcycle to get a better view.

“I headed toward the port itself on the motorcycle and I guess 15 minutes later, that’s when the big one hit,” Bulos said. “And honestly, I don’t remember what happened next, as far as I can tell. It seems from what my friends have told me is that, I mean the shockwave of the second much larger blast must have been then, and I think it threw me off my motorcycle.”

Although Bulos was left dazed and injured from the blast, he believes it was his motorcycle helmet that saved his life.

“I’m looking at my helmet now; it’s quite mashed up. … I look at my face and the visor was the one that had basically borne the brunt of the debris. I mean, my face is relatively unscathed,” he said.

As evening turned to night, Jilani had arrived at a hospital where her daughter was receiving care. She said volunteers were coming to help hospital staff, many of whom were overwhelmed by the surge of patients and “clearly trying to get in touch with their own family members.”

“It was an immense display of courage and solidarity,” Jilani said. “But it was also exactly like a war zone, exactly the things you’d expect: stepping over bodies, trying to shield my daughter from seeing things that I would not want any 4-year-old to see. … I remember coddling her to make sure her legs didn’t hit a surgeon who was trying to reattach a finger and moving through a maze of people, which, all of the blood is mixing. Clearly, people are mixing fluids and gloves and it is complete chaos.”

She said there was no space for them to sit, and people were laying on the ground.

“It’s literally a sea and a maze of limbs that we’re trying to get through of people, and then realizing, even though you’re worried about your kid, thank God she’s not the one next door that they’re doing CPR on,” she said.

Marco Baldan, a surgeon with the Red Cross, spoke about the tragic human toll of the blast, saying there was “everything from bodies completely disintegrated — shattered — to individuals, victims completely crushed by buildings, by vehicles, to victims burned by the heat of the explosion.”

He said it’s “heartbreaking” to see what Lebanon is going through. The country had already been experiencing a financial crisis when the coronavirus pandemic hit, affecting Beirut especially.

“Before this blast, we had a health system that was struggling to manage with the limited amount of drugs, medicines, dressing material, gloves — all what doctors and nurses need to do their daily work,” Baldan said. “Imagine in the middle of this, you have a sudden event like this explosion that brings in two, three hours 4,000 victims to the nearest hospitals that were already struggling for lack of supplies. So you have a lot of doctors willing to do and lacking the means to do.”

Both Jilani and Hadid spoke to the threat the country now faces in the wake of the explosion.

Jilani said that in the past few months, groceries and other household items had already gone up in price. “The threat of hunger is real,” she said. “My understanding is a large area, a large reservoir of wheat was also in the explosion, and so that just does not bode well for this country.”

“We’re facing a pandemic in COVID, our health system is completely overstretched and underfunded. Our economic situation is on the brink of collapse. So, people were already in a horrible and devastating position before this explosion, and now we’re faced with this tragedy,” Hadid said. “It really has, I think, made people even more desperate. … You hear people say here that we’re cursed — Lebanese people, we’re cursed — and that really just reflects on how distressing the situation is here.”

There are now up to 300,000 people believed to be homeless after the blast. As those throughout the city continue to look for survivors, the death toll is expected to rise.

The explosion is now under investigation and Lebanon’s Prime Minister Hassan Diab has vowed justice, saying “those responsible will pay the price.” Port officials have been placed on house arrest pending the results of the investigation, Lebanon President Michel Aoun announced. Officials have already found that the ammonium nitrate had been confiscated from a freighter, but seemingly never secured.

“The main feeling here is sheer rage,” Bulos said. “The fact is this explosion was a function of negligence, or at least people see it as such. … The materials that were stored in the port had been there since 2013. This, despite repeated requests to move them elsewhere, just because it’s not good to have such a dangerous cargo in the port, especially in the middle of the city.”

Both Jilani and her daughter were discharged from the hospital Wednesday morning. When asked what she’d tell her daughter about the explosion, she suggested she’d offer some advice.

“Many people will say what Mr. Rogers always said is look for the helpers, and that’s certainly what you would tell a child,” she said. “But I’m also going to tell her to be one of the helpers, and as you grow to be an adult, your job is going to change from looking for helpers to becoming those people so that when there’s a kid out there that is looking for help … he or she can look to you.”

The invisible crisis in Ethiopia