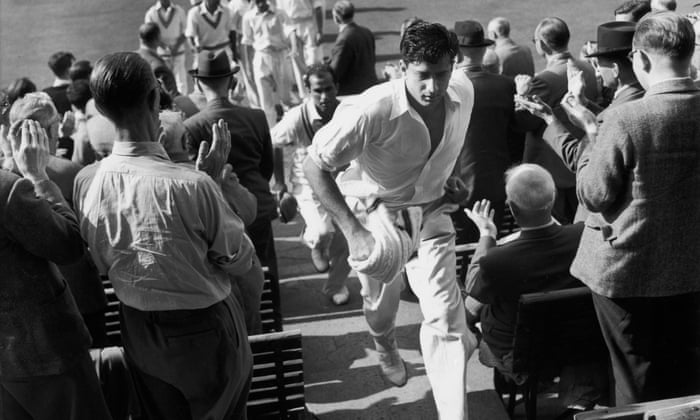 A friend asked what hooliganism, depression, rickets and economic stagnation have in common. His answer was that at different times they have all been known overseas as “the English disease”. The odd thing was that superciliousness wasn’t among them, too. The first time Pakistan came to play in Britain, their players were surprised to find that a lot of English people didn’t even know their country existed. The team didn’t bring an official scorer or a single radio or newspaper journalist, but were accompanied by an official from the Pakistan High Commission, whose job it was to tell the people they met exactly which nation they were there representing.

This was in 1954, seven years after partition. It was a wet summer, and the first and third Tests were washed out. In between, England won the second by an innings and 129 runs. “To say the plain truth the Pakistani team could scarcely hold its own in the English county cricket championship,” wrote Neville Cardus afterwards. In the Guardian, Denys Rowbotham reckoned this was too generous. He said Pakistan were “scarcely minor counties standard”. In the fourth and final Test, Fazal Mahmood took 12 for 99, England were bowled out for 130 and 143, and Pakistan won by 24 runs.

They say that in the moments afterwards, the chairman of the Pakistan Cricket Board was so overcome with happiness that he strode around the pavilion at the Oval shouting: “Call Hutton! Call Compton! Tell them to learn from Fazal how to play cricket!” These two teams have always had the knack of winding each other up.

There is an edge to England v Pakistan. It was there again in their next series, when England sent an “A” team out to Pakistan in 1956. Their players kidnapped a local umpire, Idris Baig, in a prank that backfired horribly on them when he threatened to sue the MCC for damages and a crowd gathered outside their hotel demanding they go back home.

You could hear it in 1983 when Ian Botham described Pakistan as “the kind of place to send your mother-in-law for a month, all expenses paid” and see it in 1987, when Mike Gatting made a fool of himself arguing with umpire Shakoor Rana.

It was there in 1992, when Wasim Akram and Waqar Younis were accused of ball tampering, and in all the libel cases that came after. It was there in that twilight Test in 2000, when the umpires made a point of punishing Pakistan for time-wasting. It was there in 2006 when Inzamam-ul-Haq refused to lead his team out at the Oval, and then again in 2010, when Salman Butt, Mohammad Amir and Mohammad Asif were caught spot-fixing by the News of the World. There was even a touch of it at Lord’s in 2016, when Misbah-ul-Haq celebrated his century by doing 10 press-ups.

This latest series, though, is shaping up a little warmer and more friendly. Like West Indies, Pakistan chose to tour here even though England is in the throes of the pandemic. Like West Indies, they have endured some unusual hardship to do it, shut up in a biosecure bubble for six weeks, far away from their friends and families, with only each other to play against. These Tests are worth around £20m each to the England and Wales Cricket Board – if Pakistan and West Indies had not agreed to tour, the game here would be in disarray. 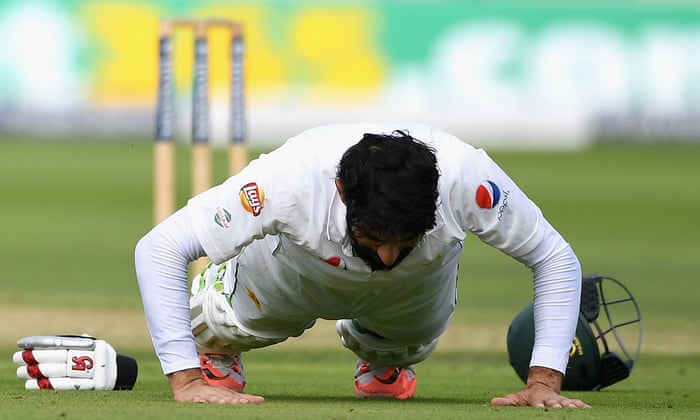 If the ECB has avoided one debt, then it has landed another. Because both the Pakistan Cricket Board and Cricket West Indies have asked for favours in return. West Indian captain Jason Holder has asked for England to try to tour the Caribbean before the end of the year. Pakistan want them to commit to touring in the winter of 2022-23. After the terrorist attack on the Sri Lankan team in Lahore in 2009, England’s last two away series against them have been played on neutral ground in the UAE. Now Pakistan want to play those games at home again.

Zimbabwe, Sri Lanka and West Indies have all played in Pakistan in the past five years, so have a World XI and the MCC. If England commit it would be the first time one of the big three teams has toured there since 2006.

But these are sticking-plaster fixes for the financial crises facing Test cricket. What both West Indies and Pakistan really need is for the ECB to throw its weight behind proposals to change the way TV revenues are distributed in the international game. Right now, the host country gets to keep everything.

Cricket West Indies is arguing that the visiting teams should receive a 20% share of the broadcasting rights. It is a proposal that would cost the ECB money, but strengthen Test cricket around the world. And at a time when the format is becoming unsustainable outside of those three richest countries, England, India and Australia.

It has been a great year for grand gestures, there have been a lot of them in these hashtag-laden two Test series alone. They are easy to make, because they cost nothing, but they mean nothing either, unless you follow through on them. The ECB finds itself indebted to both West Indies and Pakistan. It is, perhaps, a humbler position than the one English cricket is used to, and it will be interesting to see how it plans to pay them back.

PGA Championship: Ben An makes first hole-in-one of the week at Harding Park

Microsoft ‘in advanced talks to buy TikTok’s US business’