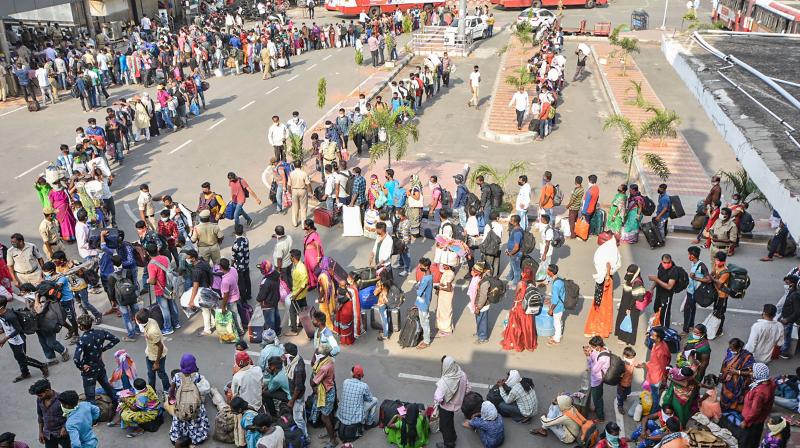 Hyderabad: A new study in Spain, one of the worst COVID-19 hit countries in Europe, has shown that the concept of herd immunity — something the Telangana state government was hoping to achieve by allowing the disease a near free-run with limited testing—might be a mirage to chase. Further, it might cause significant collateral damage to the people.

The study published online on July 6 by the medical journal The Lancet, examined evidence from 61,000 people across Spain and estimated that despite the intense epidemic in that country, just 5 per cent of the people had developed antibodies to the coronavirus.

Raising serious questions on pursing the concept of herd immunity, the study said the relatively low seroprevalence in Spain might serve as a reference to other countries.

“At present, herd immunity is difficult to achieve without accepting the collateral damage of many deaths in the susceptible population and overburdening of health systems,” the study said.

Deccan Chronicle had first reported in the last week of April that the Telangana state government and its health department had chosen the path towards herd immunity. Though officials spoke in private about this approach and even went to the extent of saying then that everyone would get infected by the coronavirus, herd immunity as a goal has never been announced as official policy.

Typically, herd immunity is considered achieved when 70-90 per cent of the population achieves immunity from a disease to protect the people who are uninfected. To get anywhere close to this status, vaccination is also required, along with allowing the spread of the disease.

Currently there is no vaccine for COVID-19 and the testing too is low in Telangana state which in turns leaves many infected persons from being identified.

More worrisome have been findings of two studies published in the middle of June that that have raised questions on the longevity of immunity among people infected by the SARS CoV2 causing Covid-19. While one study found that there was a serious possibility of infected people not producing long-lasting antibodies to provide immunity and leave them open to repeated infections, the second found that 40 per cent of asymptomatic individuals had undetectable levels of antibodies two to three months after being exposed to the virus.

Telangana state health department and the government, incidentally, have repeatedly asserted that 80 per cent of people who get infected will never show any symptoms and they will have nothing to worry about.